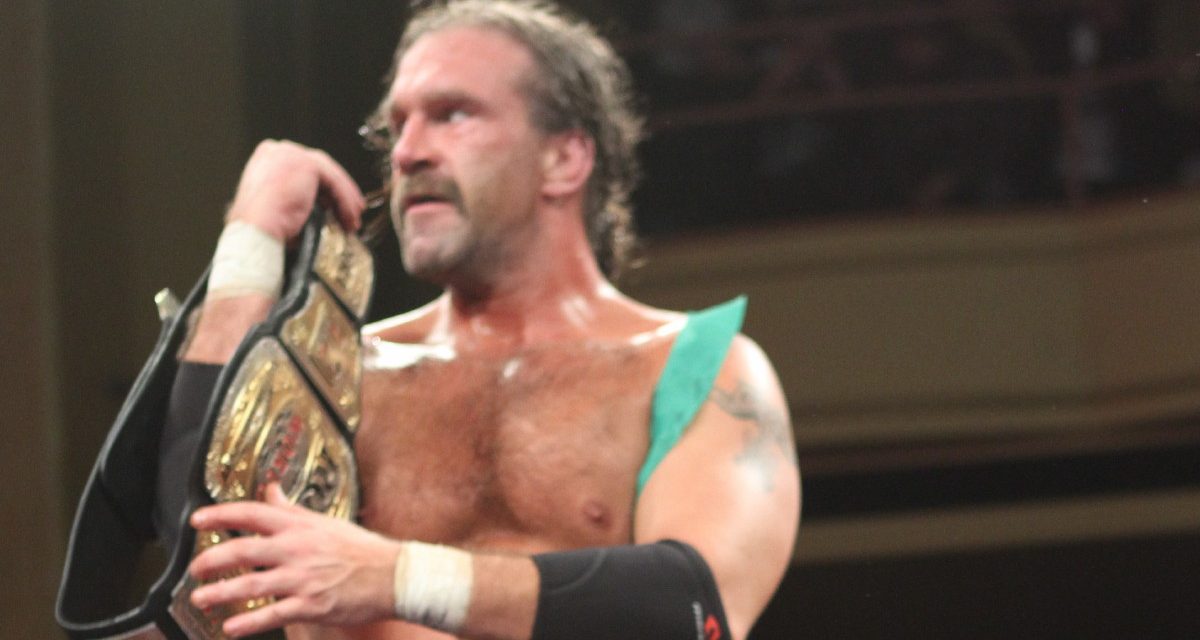 I grew up in the shadows of the automotive factories that dominated my home town in the 1970s and 1980s. As a young boy I saw the factory workers with their leathery, tight skin, rugged features and full mustaches trudge home to their families at the end of the day. They were tired, hardworking people who were full of pride about their homes where their wives often looked after the children. They exuded toughness and were not afraid to offer their hard edged opinions. I found a man like that at a recent Empire State Wrestling show and that man is Silas Young.

When you first meet Silas Young you are struck by his rancorous eyes and hard-edged face. The other thing that stands out is his full mustache. Growing up in a family that featured six boys, Young saw his father as a firm man who had to keep his brood in line. Since his father had a mustache, Young does too; he sees it as a reflection of the man who raised him. To him it is part of the manly image. 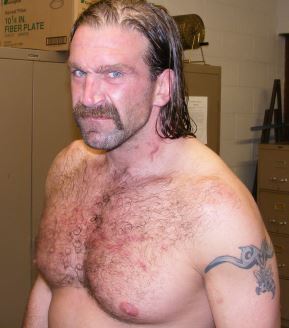 “A lot of men today are confused about the mustache,” growled Young. “These hipsters wear it because there is nothing manly about them.”

“The Last Real Man of Wrestling” is the moniker Ring of Honor star Silas Young goes by. The 5-foot-11, 209-pound former WWE development talent has been working his way up the ladder of wrestling success by living his nickname. He is a gritty performer who can mix styles with wrestling high-flying legend Jushin Thunder Liger or strongman Michael Elgin. SLAM! Wrestling sat down with Young to discuss aspects of manliness.

Growing up, the men that Young saw on TV and the movies had mustaches and were manly, full of vigour, such as Charles Bronson and Tom Selleck. “There was no question that they were men. Now guys wear it because it is almost ironic, some kind of ironic joke. I wear a mustache because my father wore a mustache,” said Young. “People always ask me, ‘Who is the last real man?’ or ‘Where do you get your influence for that?’ and it is 100% my father.”

Young felt that his full mustache provides him with power and he gets pumped up when he readies it. “When I go home and my beard starts growing in I decide to cut out the mustache,” said Young. “When I get ready to shave the beard off I can almost feel like that manliness is surging through me as the mustache starts to reveal itself from under this beard. It is a little special. It changes me a little bit. It is powerful!”

Last year Canadian wrestler Jaxon Jarvis, who is known for his mustache and claims to be from the mountaintop of manliness, won a silver medal at the national beard championship in Brooklyn, NY, for his amazing facial hair. Was Silas Young impressed by his wrestling brother’s success? “I get the mustache contest. Jarvis probably has one of those real nice twirly ones, a fancy mustache. Now fancy mustaches do have their place, but I am not a fancy mustache kind of guy. Fancy ones are not for me but I can respect its place.”

When asked what makes a real man, Young had some ideas that are decidedly different than those held by many in the modern age. Young revealed himself to be a throwback of sorts. Again, he reminded me of those factory workers I grew up around.

“There a few things to being a real man,” said Young. “When it comes down to it, it is being sure of who you are. It is not always having to explain yourself all the time. It is not about having to apologize.”

Young’s gravelly voice took on a harsher tone as he continued to support his ideology. “Men should not apologize. You should just do what you think and whatever the outcome is, the outcome is. Sometimes things don’t go as you planned, but you don’t sit there and cry. A real man says what he is going to do. A real man gets the job done whether it takes four, five, six hundred times to do it right.”

Recently Young signed an exclusive contract to Ring of Honor that will make it the only place in the USA where he will wrestle. After an exciting 2016 that saw him move up the ranks Young was really excited for 2017. “I am really starting to work my way through that locker room,” said Young. “I am starting to figure out how certain guys work and how certain guys tick. I am figuring out their weaknesses. I really feel that 2017 will be the year that I get some gold around my waist, whether it be the TV title, the tag team title with the Beer City Bruiser or the World title, I know it will be around my waist.”

Silas Young is a throwback in many ways. It might just be those old-time traits that propel him to success in Ring of Honor, but don’t touch his mustache.

Caleb Smith really enjoyed meeting Silas Young. He and Pepper Parks lit up the crowd at the Empire State Wrestling crowd. I think Pepper and I might start growing mustaches!