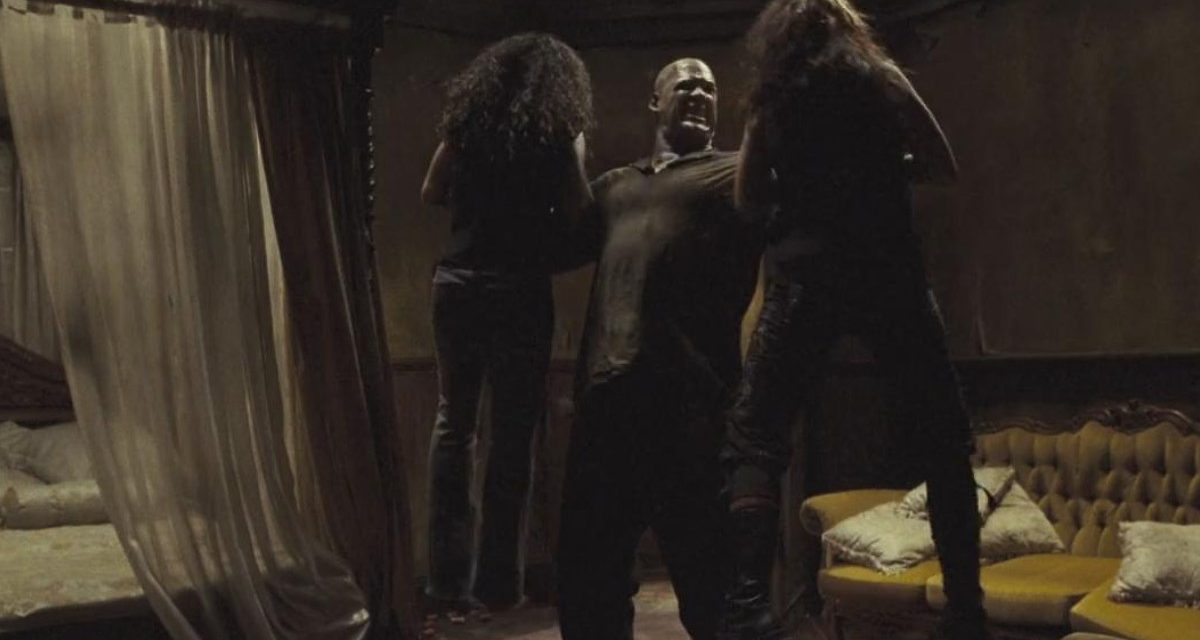 Everyone likes a good scare, especially on All Hallows’ Eve and the WWE it seems is no exception.

WWE Studio film franchises like The Marine and The Condemned constantly steal the spotlight and is it no wonder? WWE Studios’ forays into the horror genre have missed the mark more than Sin Cara.

This Halloween we take a look at all of the WWE’s horror films thus far, separating the treats from the tricks, with the appropriate links to go deeper into our SLAM! Wrestling movie database.

In a monotonous fusion of every bad slasher film cliché ever conceived, Glenn Jacobs stars as the murderous Jacob Goodnight, a Jason Voorhees clone with just as much personality, dialogue and mommy issues.

Brainwashed into doing “God’s work,” Goodnight eviscerates “sinners” and tears their eyes out so they can … Get this … see no evil. Sigh.

After escaping capture by chopping a veteran cop’s hand off (Steven Vidler as Williams), Goodnight takes up residence in an abandoned hotel. As luck would have it years later, Williams is supervising a group of prison inmates who are cleaning up the hotel in exchange for reduced sentences. Why Williams has only one name and is overseeing the inmates alone is never explained. 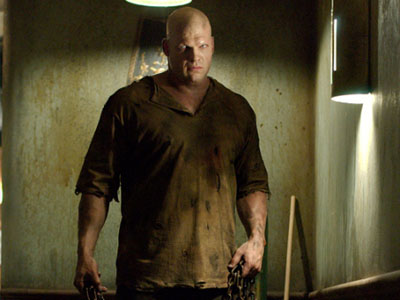 Glenn Jacobs in See No Evil.

Just like Friday the 13th campers, the jail birds are juvenile archetypes whose only role is to be mulched by Goodnight who butchers them in the most pedestrian ways possible. You can argue about whether slasher masterpieces like Friday the 13th, Nightmare on Elm Street or Halloween are decent films all you like but what cannot be denied is they at least have imaginative and creative kills. See No Evil doesn’t even check that elementary slasher film box.

Jacobs (Kane) is fearsome as the hulking brute and even shows some honest emotion from time to time. It is just a shame that he and the paper-thin plot are stuck in a dark, dingy, dreary hotel where one filthy room and hallway looks like the next.

See No Evil? How about See No Movie? WWE Studios’ first foray into the horror movie genre was about as successful as the XFL.

Bolstered by the star power of Karen Gillan (Dr. Who) and Katee Sackhoff (Battlestar Galactica), this ghost story certainly has its moments, although it doesn’t really being anything new to the table.

Karen Gillan (Kaylie) and Brenton Thwaites (Tim) are siblings whose lives were irrevocably changed because of a family tragedy. 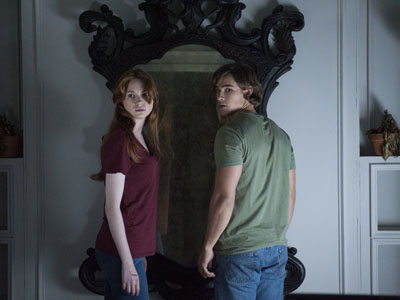 Released from a mental institution, Tim reluctantly joins Kaylie in her bid to find out what really happened all those years ago. Kaylie believes a cursed mirror is responsible and vows to prove her theory at any cost.

With more than enough jump scares and creepy scenes to satisfy any horror fan, Oculus may not be the most sophisticated supernatural horror story ever told but it delivers the goose bumps and the chills.

When it began in 1993, the Leprechaun series got a big push with Jennifer Aniston starring in the original. The franchise became a minor guilty pleasure but eventually jumped the shark when the diminutive terror went into space.

A reboot of sorts, Origins has none of the originality or zany but grisly humour of the other sequels. Truthfully, it is quite dull. 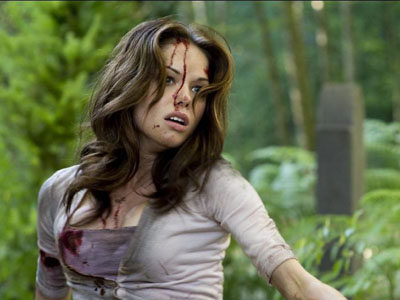 Four friends traveling through Ireland get conned into staying at a local cottage where they encounter a vengeful leprechaun played by Dylan “Hornswoggle” Postl.

Lots of hiding. Lots of chasing. Not much else.

We don’t really see a lot of Hornswoggle as the leprechaun either, which is a bit confusing when the film is called … LEPRECHAUN. Mostly all that we get are dizzying and confusing point-of-view shots or quick cuts of some kind of humanoid blur. A Leprechaun movie with no leprechaun is about as much fun as taking a Styles Clash on the concrete floor.

An awkward, after-hours surprise birthday party is thrown for mortician Amy (Danielle Harris) at the very hospital she works at. Before she can party-hardy though, there are all those Goodnight corpses to deal with from the previous movie, including his very own. 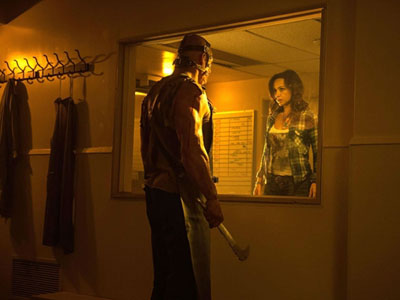 Danielle Harris and Glenn Jacobs in See No Evil 2.

Offering no explanation as to why, which seems par for this series, Goodnight springs back to life. Donning a clear surgical mask and apron, he hacks and slashes his way through another group of bland body bags.

Just like its predecessor, the kills are routine, victims are mostly choked, battered around or crushed, and this time around there are clear budgetary issues with very little gory special effects that fright fans have come to expect from their slasher films. Besides one cool decapitation, the film is pretty bloodless which makes it even more ordinary and meaningless.