The passing of Moose Morowski has prompted a number of his friends in the industry to share their thoughts, from referees, to co-workers, to a current WWE announcer. 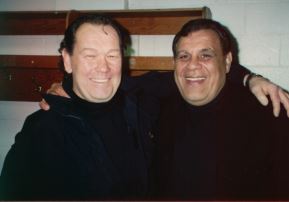 Here are a few of the selected notes culled from emails, past interviews, and social media:

Merv Unger: Moose was a very good friend. I first got to know him in the late 1950s when I was a rookie reporter for the Winnipeg Free Press. I followed his career all these years. He was one of the top wrestlers around because he could work in virtually any territory and draw a lot of attention. Whether he wrestled as Moose or as the Black Avenger, he was always at the top of his class and could get along with anyone. RIP “Stash”.

“Cowboy” Dan Kroffat: I am again shocked at the loss of another one of the real nice guys in the world of pro-wrestling. Not only was he a treat to work with but in the dressing room he was always a bright light. I never knew any one that did not like him. When ever I was booked against him it truly was a night off. This is truly a sad day. R.I.P. Big guy.

Bob Wayne: So sorry to hear. Moose was a real character and a nice guy

Salvatore Bellomo: Moose was a great person. Rest in peace my friend. Many good memories of Germany [and] in Vancouver Canada

Tony Condello: RIP. I wrested with him at Madison club early ’60 in Winnipeg, Manitoba

“Cowboy” John Mantell: Was lucky about getting to get educated by Moose in 1976 while working for Bill [Watts] and Leroy [McGuirk]

Michelle Starr (Mark Vellios): RIP my friend. You were a good man and good friend. I appreciate all the help you gave to me and my promotions over the years. I enjoyed our lunches and times at your house just listening to all of your adventures. You will be missed by me and my family. I am grateful that I was able to work with you in the ring on a couple of occasions. My condolences to your family and friends.

Mauro Ranallo: He gave me a lot of advice when I started at 16. Condolences to his family and friends! 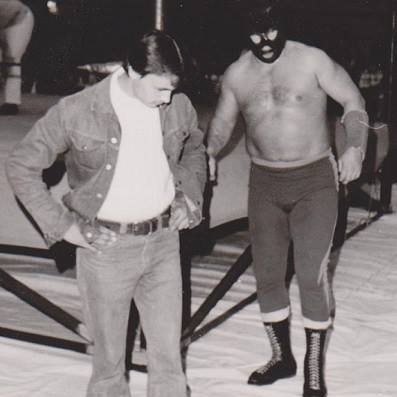 Kevin Jefferies: I first met Moose probably age 18-19 as I was helping Sandor Kovacs with the promoting of the BC Interior after Total Entertainment decided no longer to do so. It was Roy McClarty and Eric Froelich who introduced me to Moose, and we hit if off right away as both being big hockey fans. Moose would bring me a bottle of rye most times he came up to the interior (yes he helped me drink it). He was a man who would help any young guy who loved this business, I happened to be one of them, Moose taught me lots of ring psychology, how to properly sell (something no one does today). When I would be in Cloverdale on the Saturdays, Moose along with myself and a good friend of ours, the late George Labash, would go out for Chinese food once in a while. Man, could he tease a guy when he wanted to; with George he could rattle that guy about anything, and we would laugh. George would always take it with a grain of salt, laughing along with us.

There was one Friday night we were doing a show in Kamloops, BC. Moose at that time was under the hood as the Black Avenger. Just for shits and giggles Roy McClarty said, “Kev, you can manage Moose tonight,” seeing I loved the business so much. Worried as all hell, I went to the ring with Moose, and did not do anything at all except stand outside and observe, but still nervous as hell. Was fun and exciting after though.

Moose, I will always remember you for all your help and friendship as it was you and Stu Hart that suggested to New York WWF to use me as a referee. I will never forget that. God bless my friend.

Buddy Wayne: I got a call 30 minutes ago from Tim Flowers telling me Moose Morowski had died. … He had retired after his daughter was paralyzed in a car wreck. He lived for her. And never looked back. He’d show up every Saturday night to the Cloverdale Fairgrounds, sit in the dressing room, and talk wrestling. We lost a great one.

Jake “The Snake” Roberts on working in British Columbia: Moose basically led me through the process and made me a star, and got me over. In the process, we got to where the PNE was selling out, which they hadn’t done in years. At that point, Gene [Kiniski] says, ‘Damn, I’d better come back in and wrestle again, they’re having sellouts.’ Of course, Moose put me over in a cage match, right in the middle, made me a star. Next thing, I wrestled Kiniski and he beat me two straight. I remember going to the ring that night, ‘You’re not going to do what everybody else does, lay down for the old f—ing man, are you?’ Yep, two straight.

Bobby Simmons: Made some trips with Moose when he was in Georgia in the ’70s. Great guy to travel with but you had to enjoy Merle Haggard (which I did) because he was going to wear out that 8 track.

Greg Oliver interviewed Moose countless times — he was a wonderful man and a wonderful resource. Hanging out with him in Las Vegas at a Cauliflower Alley Club reunion remains a favourite memory, especially when Bob Leonard brought over a photo of Moose wearing nothing but his birthday suit and a wrestling belt.