Fans have it all wrong when it comes to ESPN’s Amin Elhassan. Amin sparked a Twitter firestorm earlier this week when he responded to a video from Kevin Owens’ wife, Karina. Karina posted a clip of their son celebrating Owens becoming the new WWE Universal Champion, and yes, it feels soooo good to write that, still.

Pissing on the celebration for no apparent reason and stating the obvious, Amin Tweeted, “Until someone told him it was scripted.”

Since then, Amin, a father himself, has been the object of ridicule, scorn as fans around the world have demanded he apologize for taking a shot at a child.

I mean, insulting a kid. That takes balls doesn’t it?

Surprising as it may sound, I think Amin didn’t go far enough. He barely scratched the tip of the iceberg when it comes to such travesties.

For example, at the Academy Awards last year, J. K. Simmons received the Academy Award for Best Supporting Actor for his performance as the domineering and often abusive conductor, teacher Terence Fletcher in the film Whiplash.

What you might be surprised to learn is that Fletcher and in fact the entire film is complete and utter fiction. There never was a Terence Fletcher and everything that happened in the film was completely imaginary.

It boggles the mind that J. K. Simmons was rewarded by the Academy of Motion Picture Arts and Sciences for pretending to be a teacher. Someone should have told the AMPAS, Whiplash was scripted.

Did you also know that in the UK, an illustrious Booker Prize has been given to authors who completely fabricate stories? Can you believe that the authors are rewarded £50,000 for their fictions? It is truly astonishing. Someone should tell the Booker Prize Foundation that those pieces of literature were all scripted. 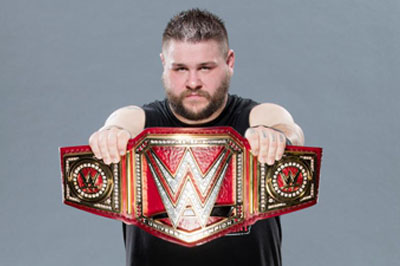 I think you get the point. We all know wrestling is mostly scripted. That the winners and losers are all predetermined and that the participants are told what spots to stage during their bouts but are left to improvise the rest. That in itself is impressive. That good wrestlers, like good actors, make it seem so natural, effortless and free-flowing and do so live without a net.

Anyone who has attended a live wrestling event can see before their very eyes that the wrestlers involved are not trying to deliberately hurt each other – Ain’t that right, Seth Rollins? – although wrestlers get injured all the time from the risks they take. Wrestlers are portraying scripted roles, characters and like dancers or stunt performers are putting on semi-choreographed bouts for an audience. So, it is true. Wrestling is scripted just like any fictional movie, television show or book.

Except maybe in acting expertise, experience or pure athleticism, Kevin Owens and Shinsuke Nakamura, the newly crowned NXT Champion, are no different than action stars like Jason Statham or Jet Li in the fact that they all thrill audiences with their skills in scripted dramas. Why would critics like Amin never think to disparage the years of training and the hard work of performers like Jason Statham or Jet Li but feel free to mock the likes of Kevin Owens and Nakamura? This despite the fact that Owens and Nakamura preform what amounts to live theatre and don’t have the luxury of re-dos and cannot rely on a team of editors to brush over their mistakes?

People like Amin just don’t get it. They don’t understand that the awarding of any title is a symbolic gesture. For many wrestlers, it is not just a political gesture or what fits well in the script at the time. Like an Oscar, a Booker Prize or an Emmy, it is often the way the industry recognizes excellence and years and years of dedication.

For the talent who have slogged away in the independent scene, who have left their families for weeks on end, who have sacrificed a large part of their lives to excel in their chosen career, it is often the culmination of a lifetime of work. It is a company recognizing your talent, them symbolically putting the ball in your hands and telling you to run with it and along with that, comes all manner of responsibility both public and private.

Scripted or not, it is a big deal in the life and career of any wrestler which is why they become so genuinely emotional at the time and carry the title with pride.

Owens deserves not only the WWE Universal Title but all of the prestige and the perks that go along with it. His body of work speaks for itself and it is fantastic to see someone who has lived and breathed wrestling for so long be rewarded and recognized by the WWE. It is something for Owens and his friends and family who have supported him all of these years, to be very, very proud of no matter what the likes of Amin might say.