‘Champion of the World’ now reigns in wrestling fiction

There are a few simple snippets of advice that almost every writer has heard. Remember the acronym KISS (Keep It Simple Stupid). Write as if you are explaining the story to your parent or close relative. And if you are going to write a book, write one that you, yourself would like to read. Luckily for those fond of the squared circle and good prose, Chad Dundas has taken the latter to heart in his debut novel, Champion of the World. 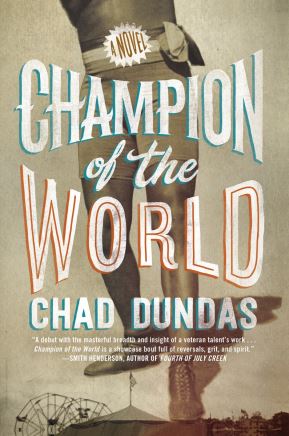 Categorized as historical fiction, but definitely lacking in the heavy and stuffy departments, Champion of the World, takes place in the 1920s and is the intriguing story of lightweight wrestling champion, Pepper Van Dean, who has fallen from grace in the wrestling world and has been reduced to working in a carnival with his wife, Moira, who excels at cards. Pepper accepts an offer to train an African American heavyweight wrestler, Garfield Taft, seeing it as a means of getting back into the spotlight. But of course as in any story worth a page turn, all is not what it seems. Amidst the training sessions between Pepper and Garfield is a brew of racism, bootlegging, tragic secrets and a new era of professional wrestling that threatens to bubble over.

Dundas, who is the lead MMA writer for Bleacher Report and holds a MFA from the University of Montana in Fiction, says he feels that he was getting ready to write this book for a long time.

“As a young guy, I was always kind of fascinated by professional wrestling,” revealed the 38-year-old in a Skype interview from his home in Missoula, Montana. “I was a super big fan and then when it came time to choose a career later in life, I kind of opted for this path of being a journalist and also being a fiction writer. At some point as I grew a little bit older, I drifted away from the professional wrestling product a little bit, but at the same time became more interested in the history of wrestling because I thought it was so unique and so bizarre and still kind of murky, even though there has been quite a lot written about it.”Dundas, a self-professed “obsessive nerd,” sought out everything he could about the history of professional wrestling. And when he noticed that there was a lack of modern literature on wrestling and wrestlers, he decided to fill the void by utilizing this knowledge and thus Champion of the World was born.

But Dundas’ research didn’t stop there. To assist in the writing process, he acquired a wrestling manual by the legendary Frank Gotch and a modern amateur wrestling coaching book to familiarize himself with lingo and make the wrestling training and match sections of the book more realistic and action-packed. To add local color he relied on old newspapers from the library to learn all about the different aspects of ‘20s culture including lifestyles, fashion and even what they would eat and drink in restaurants. He filled in any remaining gaps by consulting medical, military and real estate manuals.

Writing this book also gave Dundas the opportunity to reflect on the changes professional wrestling has undergone as it moved from a legitimate sport to one where the outcomes were fixed. He writes on page 202 of the novel:

Nobody wanted to spend his Saturday night sitting in a smoky theater, watching two men wrestle a two-hour match. They hungered for the blood of the prizefight or to spend long, relaxing afternoons basking in the sun of a ball game. Some of the young people were even going in for football.

“It’s fascinating!” remarked Dundas. “That’s one of the reasons I kind of wanted to write this book because wrestling went from being this incredibly hard-nosed and incredibly brutal legitimate sport to being the kind of scripted morality play that we have on television today. And one of the things that struck me about that was that it couldn’t have possibly been an easy transition for the men of that time who had spent their entire lives trying to fashion themselves into the toughest guys around and then at some point were told that didn’t matter anymore.”

Dundas’ protagonist Pepper finds the concept of fixed matches,”ludicrous” and adamantly defends legitimacy saying that “Fans will smell the fix a mile off. They won’t stand for it.” To which a promoter character tries to placate him by saying, “We’re living in a new era. The sooner you make peace with it, the easier it’ll be on you.” 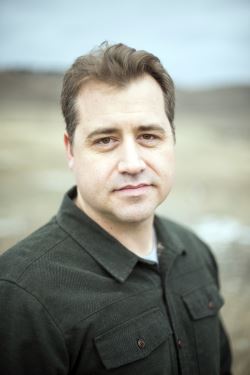 Dundas feels that these changing attitudes of the public and the retirement and death of Gotch really hurt professional wrestling and thus it needed saving.

He observed: “At some point some either really dastardly or really forward thinking promoters got together and bargained that they could make more money by faking it instead of the real thing which is really fascinating if you think about it. And the really captivating thing to me is that they were totally right! They did fix the sport and it did kind of like save professional wrestling from extinction.”

He added: “Even though professional wrestling takes a lot of guff, a lot of insult for being ‘fake,’ they saved the sport and made it into this gigantic international industry. All of that to me is almost unavoidable as a fiction writer not to dabble in that.”

Dundas is currently working on his second novel which is a contemporary mystery that does not involve professional wrestling, but he doesn’t rule out a return to the subject in the future.

And as for this avid reader, it’s no contest! I declare Champion of the World to be the undisputed champion of 2016 fiction. While some of the professional wrestling jargon may be jarring to non-wrestling fans, Dundas’ writing talent, character development (especially the back stories), and pacing are strong enough for it to have crossover appeal. And I dare even the toughest wrestling fan not to cry during a pivotal scene involving a small piece of waxy paper. No spoilers here! Just get yourself a copy and get comfortable, you won’t be able to put it down until the match, I mean the book, is over.