Bischoff misses performing but not the pressure

Whether you love or hate him, there’s no doubt that Eric Bischoff did a lot to change the professional wrestling landscape as we know it today, he’s also had a pretty remarkable career. Going from an on-air talent with the American Wrestling Association to eventually becoming World Championship Wrestling’s President, Bischoff has truly done every single job that professional wrestling can offer.

With his escapades as WCW President well documented, World Wrestling Entertainment have recently released a documentary on other aspects of Bischoff’s life such as breaking into the business and more extensive coverage of his time in the AWA, having the chance to tell more about his life story is something that Bischoff has welcomed with the new DVD release. 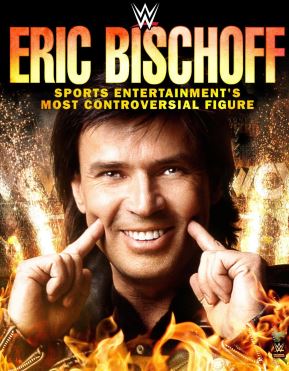 “I was quite grateful for that because quite frankly so much of the audience that follow my career know things about WCW and the stuff that took place during the Monday Night Wars.

“In the past they’ve included interviews, commentary and collections of video that have shown that story from a very one-sided perspective in my opinion. So what fans have seen from that era and my career was a very poor Eric and I think this video did a great job of letting fans understand that there’s another side to the story and another side to Eric Bischoff. This DVD was a great opportunity for me.

“I’ve got a good working relationship with WWE, obviously not directly, but I’ve done some good things with them like the show with JBL which I thought went really well and I’ve maintained a good relationship with them and give my 100% compliments to WWE, it turned out to be great DVD.”

Much has been documented about how WCW stood up against WWE with Nitro being aired live, Bischoff giving away live results of Raw moments before WWE’s show went on air and by implementing much more realistic storylines. However, one of the biggest reasons Bischoff cites was the cruiserweight style.

History has a way of repeating itself and Bischoff finds irony in the fact that Raw is a three-hour show and that after the success of the Cruiserweight Wrestling Classic on the WWE Network, will be implementing a cruiserweight division onto their flagship program, just as Bischoff did back in 1995.

“It would be hard not to draw a comparison to what we did back in WCW to now. Raw has to find ways to create a product that feels different and keep audiences for three hours. Now, they’ve decided to have the cruiserweight division on Raw, there’s a little bit of me that smiles and chuckles, because I had that same idea and division on the three-hour Nitro.”

In 1997, long before WWE had the idea of creating two brands as seen today with Raw and Smackdown, Bischoff had the vision of splitting his highly popular faction the New World Order away from WCW thus giving both brands a different entity and separate shows. The idea was tested when nWo held its very own pay-per-view, Souled Out, in January of that year, to a mixed reaction from both critics and audience alike with the buyrate reflecting this with a reportedly low 164,091 buys.

The company decided to disregard the idea. However, Bischoff believes long-term planning was vital in making the concept work.

“Quite honestly, I don’t think we gave it a chance. I think we rushed into it, tried to grow it too big, too soon. We didn’t have the creative discipline to think long term and that was me. The idea for Souled Out was quite frankly the result of being informed by Ted Turner that we were going to be doing a primetime show on WTBS as well as TNT and I knew that I had to make those two shows decisively different to one another.

“I did a poor job, quite frankly. If it was today, I would have fought harder not to create a second show, we didn’t have the infrastructure, the budget or staff to do it. But, Ted Turner wanted it, if I was to do it today I would make sure that everybody, including myself, understood that it would take a year or two or longer to be successful.

“You simply cannot create a second brand based around the same product, launch it and expect it to be successful in around 60 to 90 days. It’s unrealistic and part of the mistake we made was having unrealistic expectations. We did our best, but it wasn’t good enough.”

Bischoff again sees similarities to what WWE has faced with its previous brand split (which ended in 2011) and the newest version of this concept.

“WWE is facing the same challenge right now, this is the second time around on this draft idea. I was there the first time, I was a part of it, I saw it close up and quite frankly I think WWE made some of the mistakes I did. They didn’t have the creative discipline to make the two brands feel different.

“It’s not enough to give them their own type of graphics, different colour combinations, lighting and packages it needs to be much more than that.”

When asked how he would make Raw and Smackdown different in 2016, Bischoff would go back to a tried and tested formula of his.

“I think I would start by sitting down with a note pad and a pen and mark down all the ways I could make both shows different,” Bischoff laughs as he describes the exact same process he used in 1995 for making Nitro different to Raw. “I would write down everything, big or small, not everything has to be a substantial change in order for it to be successful, but one of the things I would attempt to do is to make my second brand feel more grittier.

“I would want it to feel more organic and natural in style, because Raw is such a high class production. It’s almost too good in terms of its production values because you give the sense that it’s so flawless, you don’t have that feeling that anything can happen.

“When you lose that sense of potential spontaneity you’re losing a good reason as to why people watch professional wrestling. That’s a characteristic of the audience that remains unsatisfied, to a large extent, because WWE work too hard to make the shows look so good.

“Live television works because subconsciously the audience knows that something could happen that wasn’t planned or scripted.”

“Quite frankly, I’m probably going to dip my toe in the water and try a couple of different things just for my own enjoyment, really. 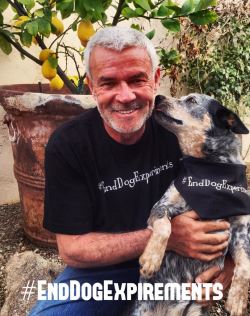 “I do miss certain aspects; I miss the creative, I love telling stories, I love directing young talent, I love producing and I enjoy trying to find emotion in a story at any given opportunity.

“The one thing above all else I do miss is performing in front of a crowd.”

Bischoff occasionally appears on the independent scene at conferences, conventions and the odd in-ring performance. He is current in the United Kingdom on a three-day Q&A tour for the internet phenomenon What Culture Pro Wrestling.

Last night, as part of the WCPW show, Bischoff was the general manager for the evening in Newcastle and came face to face with one of the owners of WCPW, Adam Blampied. It’s Bischoff first ever live UK Q&A tour. WCPW has him in Manchester August 26 and in London on August 27.

Bischoff states that there is one thing fans can be rest assured of if they come to see him live: “Fans are going to definitely feel like they’ll have their money’s worth.”