The sudden death of Boston based wrestler, D.C. Dillinger, real name David Cahill, this past Sunday, August 14, 2016, may not have been a national story, but it sent shock waves of sorrow throughout the New England pro wrestling community. While most fans outside of New England would not be familiar with him, D.C., the self-titled “Daddy Cat” was a vitally important and inspirational figure in local circuits, particularly and especially for New England Championship Wrestling (NECW).

He started training for professional wrestling in 2000 at the late Walter “Killer” Kowalski’s school in Malden, Massachusetts. At first, Dillinger didn’t get along with the head trainer and thought he was being treated poorly, so he quit, but was later convinced to come back to training by fellow classmate Slyck Wagner Brown. He trained alongside classmates that included “Hurricane” John Walters (later known as R.J. Brewer), future WWE star Chris Nowinski, and a man who became one of his closest friends and associates, current TNA star “Die Hard” Eddie Edwards. 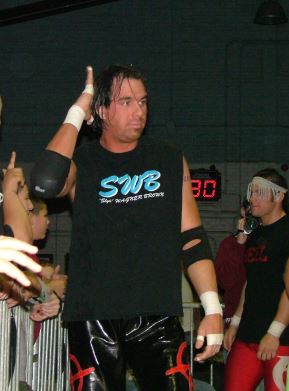 At 6-feet-4 inches tall and a non-muscular build, he was not exactly the physical prototype of a wrestling superstar at the time, but Dillinger was an athlete and he had something that set him apart from everyone else on the New England scene — an undeniably charismatic personality. Where some thought D.C. was loud, abrasive and often obnoxious, if you took the time to speak with him you would discover that he had a scholarly dedication to professional wrestling — a passion that one could bond with him over.

In 2003, Dillinger and Edwards came to New England Championship Wrestling as a tag team. Then-NECW matchmaker Kevin Kelly (former WWE and current Ring of Honor announcer) dubbed them “Sabotage” and put them together with Dillinger’s girlfriend at the time Nikki Roxx (the future Roxxi in TNA) as their manager. In ring, the combination of Dillinger’s size, athleticism and deliberate style contrasting with Eddie Edwards’ athleticism and technical skill made them a standout team and they became NECW tag team champions for the first time on September 20, 2003 in Hamden, Connecticut.

Dillinger and Edwards went on to hold the NECW Tag Team Championship two more times and then in 2006, everything changed.

In March 2006, NECW merged with a local rival, PWF Northeast, and a program began that would culminate in the unification of the two promotions championships at the August 2006 “Birthday Bash” anniversary show.

Sabotage were given a new manager, Sean Gorman, and the magical chemistry between Dillinger, Edwards and Gorman was instant. At the time, NECW was producing weekly Internet television — something it had pioneered two years earlier. The shows were the missing piece for Sabotage and Gorman as they offered a unique chance to showcase their outsized personas through promos and to build long-running programs and feuds. 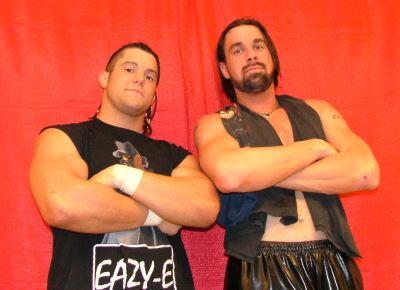 But the legend of D.C. Dillinger really took off on June 10, 2006. Then NECW Heavyweight Champion, “Hurricane” John Walters had done something that the ownership felt disrespected the championship, and in a tag team match that night between Sabotage and Walters and then PWF NE Champion “The Human Nightmare” Evan Siks, it was stipulated that should either Walters or Siks be pinned or made to submit, their titles would change hands. That night, D.C. Dillinger pinned Walters to become the NECW Heavyweight champion and for the first time in his fledgling career, D.C. Dillinger was the focal point of a wrestling promotion. It was a position well deserved and a transformative moment, as Dillinger grabbed the top spot and took it to heights it had never seen before.

Dillinger and Edwards, who by this time was periodically off on tours with Japan’s Pro Wrestling NOAH, upped their game. Singles matches with future stars like Walters, current Ring of Honor star Bobby Fish, former WWE star Antonio Thomas, and former WCW star Rick Fuller cemented Dillinger as “the man you loved to hate” and “the man you wanted to see get beaten.” Sean Gorman added female star Tanya Lee, who became the company’s World Women’s Wrestling Champion (a spin-off women’s promotion) to the stable and they became the “Dynasty of Champions” — the monthly cards at the National Guard Armory in Quincy, Massachusetts became must-see events for the next several years fueled by the brash persona of D.C. Dillinger, the technical excellence of Edwards, the beauty and brawn of Tanya Lee and the managerial prowess of Sean Gorman. 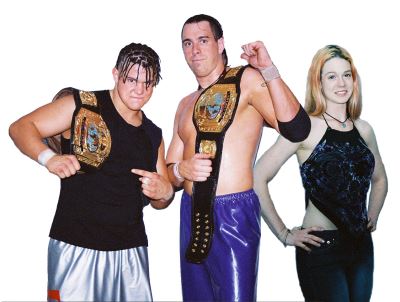 Those who criticized NECW for hitching its wagon to local talent and not bringing in “name stars” were abruptly silenced. It was not uncommon for some “star-studded” local event to be significantly outdrawn by the Dynasty-led NECW crew. Make no mistake, it was Dillinger who created that spark by believing in NECW as much as NECW believed in him.

Outside the ring Dillinger, Edwards, Gorman and company were known for being just as loud, abrasive and often hilariously outrageous as they were in the ring. The NECW locker room and the local bars after the matches were permeated by the sound of Dillinger’s thick Boston accent. They became the guys to hang around with in and out of the locker room for anyone who worked for the company.

If you asked D.C. Dillinger what his greatest achievement in his NECW tenure was it would be the August 18, 2007 cage match where he defended the NECW Triple Crown Championship against “Straight Edge” Brian Fury in a match that was the culmination of a nine month long program. While Dillinger lost the title in that epic battle, it was wrestling storytelling at its finest.

Dillinger would go on to hold the NECW tag team championship a total of six times with four different partners. He became a mentor to many up and coming talents and would generously share his experience with anyone who cared enough to ask. 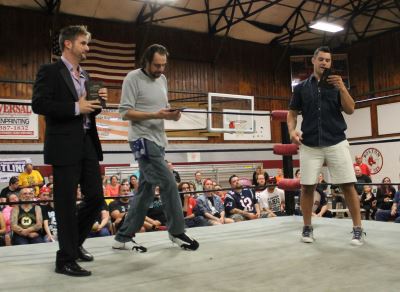 This past September, Sabotage — Dillinger, Edwards and Sean Gorman reunited for one last time to receive the first ever NECW Legend Awards at the company’s 15th anniversary event. It was a heartfelt “thank you” to Dillinger and company for putting NECW on the map, proving that the idea of “local wrestling” could be viable and for setting a standard of excellence unequaled before them.

When news of Dillinger’s passing at the age of 43 reached social media, the outpouring was equal or greater than that of a major company star. While he may no longer be with us, the legend of D.C. Dillinger will live on throughout New England for many, many years to come.

He is survived by his wife Peggy Gover, children Paul and Brooke, and his mother Anne. Family and friends are invited to attend a Memorial Mass celebrating Dave’s life on Saturday, August 20 in St. Joseph’s Church, 770 Salem Street, Malden, Massachusetts at 10 a.m. More info at this link.

Sheldon Goldberg is the owner and promoter of New England Championship Wrestling — www.necw.tv.