Amateur side of Iron Sheik shines in Waterloo 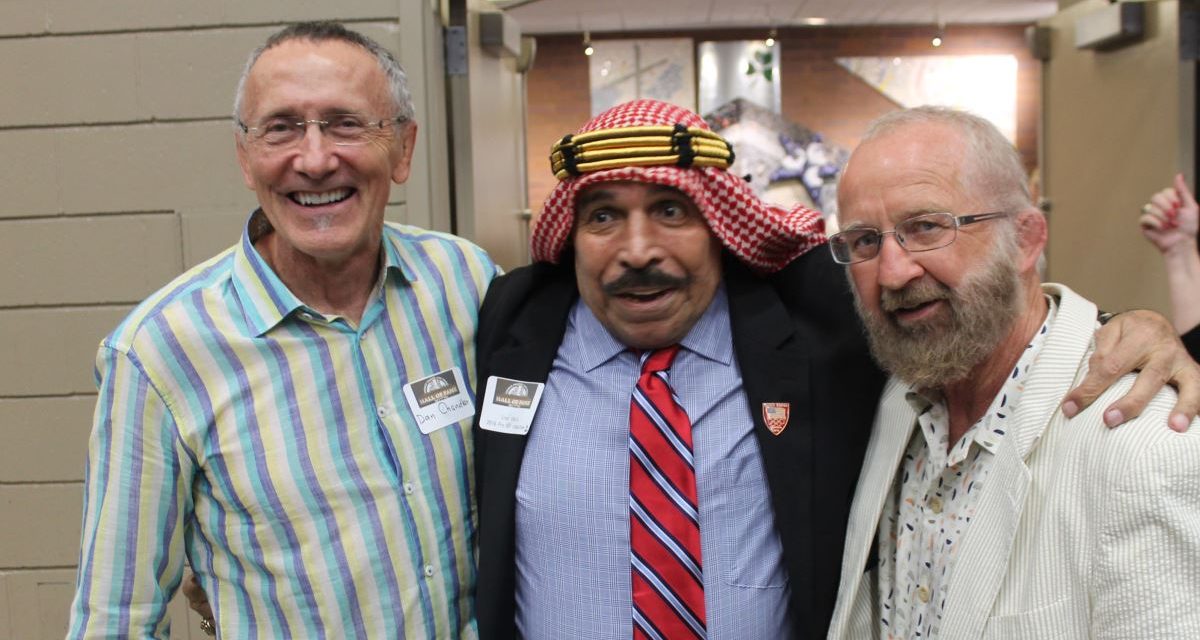 WATERLOO, Iowa – While the rantings of the Iron Sheik can often be hard to decipher, there was no mistaking the sheer joy he was having in Waterloo, Iowa, on the weekend surrounded by so many memories from his days as an amateur wrestling coach in Minnesota.

During his induction speech into the George Tragos/Lou Thesz Professional Wrestling Hall of Fame, Khosrow Vaziri probably brought up the names of Dan Gable and Alan Rice a dozen times (both of whom came by to the museum on Saturday). These are iconic, legendary figures in amateur wrestling. Rice was the coach of the 1972 American Olympic team on which Gable won gold and cemented his legacy as probably the greatest U.S. amateur ever — and “Koz” was a coach on that team. 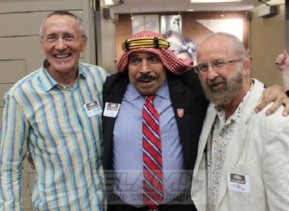 Through the last number of years of the Iron Sheik’s return to prominence through social media and the documentary on his life, we have often overlooked his contributions to amateur wrestling.

But there was little doubt that he meant a lot to people as a coach back in the day, his experiences as an amateur wrestler in Iran paying off in America, his new home.

Dan Chandler and Pat Marcy were members of the Minnesota Amateur Wrestling club, which was started by Rice after he was the first Minnesotan to compete in wrestling at the Olympics. Though they didn’t make the 1972 Olympic team, both competed in 1976 in Montreal.

The Minneapolis area is still their home, and together Chandler and Marcy made the three-hour drive down to Waterloo for Saturday night’s banquet to surprise their old coach.

I was there when they met up with Koz, and it was pretty magical. Sheikie was absolutely beaming, and insisted on getting up out of his scooter to hug them and talk to them face to face.

“What a great night. We haven’t seen you for 25 years,” said Chandler.

Asked to describe his coaching styles, Marcy said, “he was tough. He was awesome,” and Chandler said, “he brought the Iranian culture into our wrestling and it helped us tremendously. And he had the clubs, the Iranian clubs.”

Marcy called it “a paradigm shift” from the more traditional training they’d done. Chandler commented on the conditioning that Vaziri expected: “He killed us. He made us great.”

They reminisced about trips to tournaments in San Diego and Cleveland, and about the smell you get in a Winnebago with a bunch of athletes.

When Vaziri trained under Verne Gagne and made his professional wrestling debut, many of his old charges would head to the matches. “He’s a brother, so we cheered,” laughed Chandler.

Never one to be quiet, especially when a microphone or tape recorder is near, it was obvious that Vaziri was speaking from the heart when he told Chandler and Marcy, “I want to let you know, I’m so happy to see you.”