Film Review: ‘Beat Down’ is a fresh take on an old theme 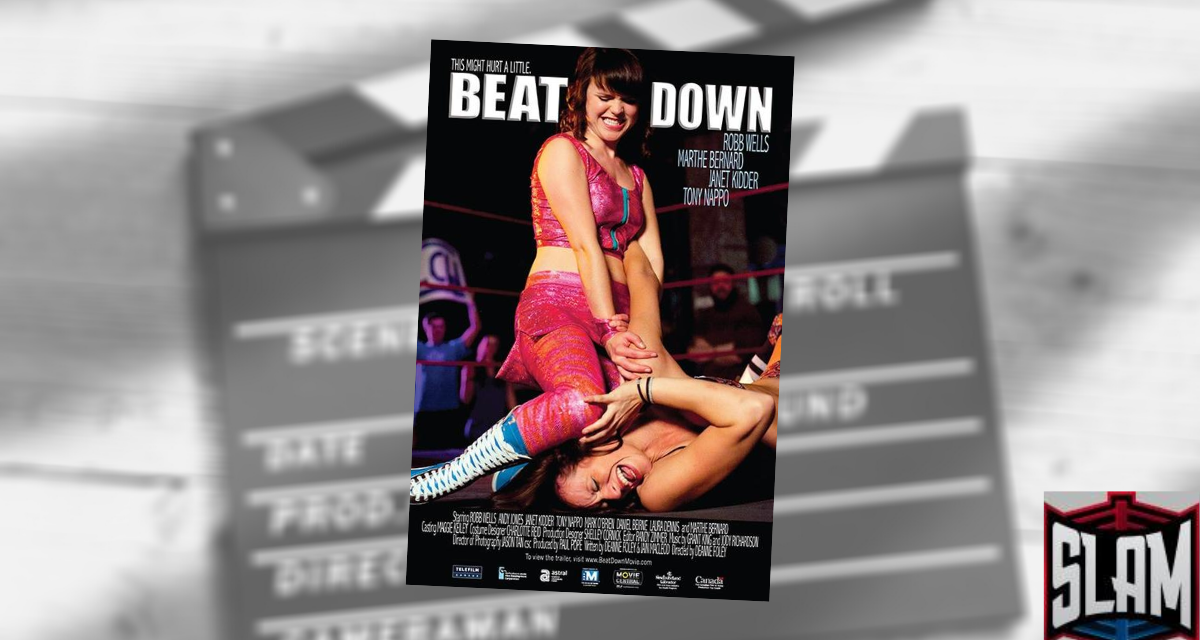 Beat Down takes a familiar story of a daughter going against the wishes of her father to strike out on her own and gives it a twist; the thing her father forbids her from doing is the very same thing he made a career out of doing: pro wrestling.

Fran (played by Bernard, known for her work in Canadian television) is a teenaged daughter of a single dad, Whitey (played by fellow Canuck TV star — and Trailer Park Boy — Wells), who suffered the death of his wife and Fran’s mother when she was very young, leading to him spiraling away from the world of pro wrestling and dedicating his life to protecting his daughter. At least, that’s what Whitey tells Fran.

The truth, which there’s really no way to avoid while doing this review (plus, it’s all revealed in the film’s press kit anyway), is that Fran’s mother, Roxy, is very much alive, and was herself also once immersed in wrestling with Whitey. Furious at being held back from her ambition, and now learning she’s been lied to, Fran does what any sensible teenager would do: reaches out to her father’s arch-nemesis for help. 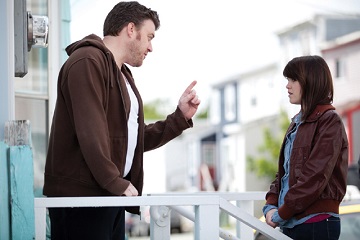 Wells learns that sometimes the best way to get your child to do something … is to tell them not to do it.

On the actual wrestling side, most of the heavy listing is provided by Laura Dennis, better known in the ring as Allie, ostensibly playing herself with the name she used for years of independent wrestling: Cherry Bomb. The fight scenes aren’t the fixture of the film, but they serve the story fine. Watching Robb Wells on the mat will take the same level of disbelief as any number of celebrity visitors to the wrestling ring, except that, in film, cuts and angles can make a world of difference.

There are connections and secrets still to be revealed and love, both young and old alike, sparking and renewing, and the cinema’s endless battle of how to use pro wrestling in a dramatic context. If it’s staged, then how does a climactic battle in the ring make sense? If it’s a shoot, then why the focus on costume and other theatricality? 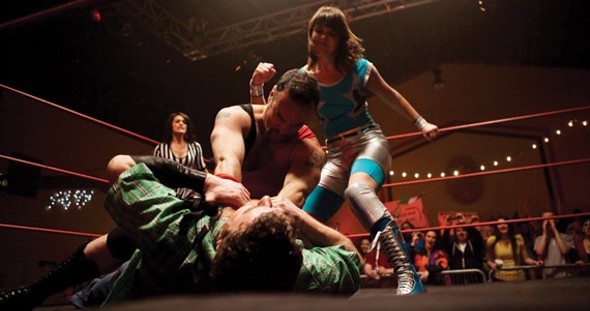 Bernard comes to her father’s rescue

Ah well, putting those things aside, Beat Down is a fun ride and worth watching. With the cast rounded out by Mark O’Brien and the very entertaining duo of Tony Nappo and Janet Kidder, this is a very Canadian movie. So, save the popcorn and grab the doughnuts, and enjoy a story well-told.