Film Review: ‘Wrestling Then & Now’: Seeking truth in a business built upon deception

Without getting too deep into film theory, there’s a style of documentary filmmaking called “cinéma vérité” that means the events of the film unfold for the viewer without much information beyond what we see. This is the path followed by Wrestling Then & Now; with little by way of title cards, and no voice-over narration, the audience is on their own to create connections between clips of interviews and of match footage. In this particular case, the result is a film that is sometimes meandering, but pays off with some truly captivating sequences.

The film opens with an amusing tribute to the Masterdome, a venue in San Bernadino, Calif., that collapsed in 2001 as the documentary was readying for its initial release. For several minutes, we are witness to the preparation of an independent wrestling show: the fans are gathering, the merch stands are set up, and the Star-Spangled Banner brings everyone to attention.

The show begins, and we see “Low Life” Louie Ramos, among others, in action. Later on in the movie, Ramos stands out with his mic abilities, both in interview setting and in front of a crowd. A fan tells the story of how Fred Blassie’s car was torched by a fan and left to burn in the Masterdome parking lot after a night of Blassie’s heel tactics drove people crazy.

The next sequence introduces some of the wrestlers off-stage and out of character, as it were. This is all filmed in the early 2000s, which is worth mentioning since that is the era of massive upheaval of the kayfabe principle, and these indie wrestlers talk at length about their struggles and victories in the business. 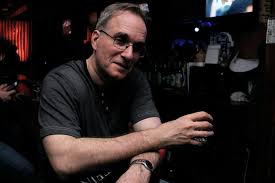 Bobby Lombardi relates how inspired he was, in a way, by seeing Greg Valentine spurn a bunch of autograph-seeking kids, vowing to himself that he would give his all to however many fans he may have himself. Ramos is on screen with Homicide, crediting him as providing his break into wrestling.

Evan Ginzburg, the producer of the film (and author of the longstanding Wrestling Then & Now newsletter that begat this film), appears on camera asking “Steve the Teacher” why he, a thirty-something legitimate schoolteacher, would get into this business at all. Steve replies that he’s fulfilling a lifelong dream. We meet The Mambo King, a pink/black masked wrestler who is dishing out punishment now, but later will reveal how hard he works to help underprivileged youth in his hometown.

These are the tales of the indie wrestlers who, some by their own acknowledgement, aren’t seeking fame, fortune, or even a career out of wrestling, but are here for their dreams and for their fans.

The fans themselves get a run of screentime, explaining what it is that draws them in as they’re interviewed at events, in their homes, and on subway cars. There’s a story of a fan whose first live event hooked him for life, watching Buddy Rogers in real life after having only seen him on black-and-white TV, with a vivid image of how even the Nature Boy’s bright, baby blue trunks were astonishing to see. A female fan is asked what she thinks of the blatantly sexist nature of some wrestling storylines and treatment of women in the ring; her response is both nonchalant and telling. She accepts that wrestling, in her time, is a man’s business, and doesn’t let its misogynistic tendencies turn her away.

There is more discussion from fans, wrestlers, and promoters, about the state of women’s wrestling in the early 2000s. Ratty the Rat Girl lists some of the salacious stipulation matches that she’s been involved in, and believes that, deep down, her parents are proud of her. Promoter Kid USA, meanwhile, takes the high road and says “We don’t have behaviour that would be offensive to a grandmother, because my grandmothers are in the show”.

Author Jeff Archer and wrestler Don Arnold look at things through a different lens, remembering a time in the 1940s when women’s wrestling would outdraw the men’s matches.

Three names drive the middle part of the film: Tiger Khan, Killer Kowalski, and Nikolai Volkoff. All three are longtime friends of Ginzburg’s, and Khan’s stories of wrestling in Saudi Arabia and looking forward to his future are touching as this film precedes his death by only a few years. While Volkoff shares some insight into his career and life on the road (with a racy view on the proper use of explicit language), Kowalski shares his philosophy on eating. Not a diet, mind you, but how to properly chew and eat food for a better digestive process. It proves that great talkers can make anything fascinating.

The finale of the film looks at the costs of the business. Ginzburg lays it on the line in simple terms: “You had better be tough”. While the word ‘fake’ will always be a touchy subject in pro wrestling, Ginzburg lists what can’t be faked: pain, arthritis, divorces, and ending up with nothing after you’ve sold out arenas if the business doesn’t take care of you.

This leads to the highlight of the film, which is two soul-baring moments with two indie wrestlers. The first has a wrestler by the name of Blood recounting how he used abuses suffered under his mother when he was young to train himself against pain. He would count how long it took for pain to subside, and he would be ready for it the next time because he understood the process. It’s impressive and saddening at once.

Secondly, “Low Life” Louie Ramos returns at a nightclub open mic session, delivering a monologue on what’s real and what isn’t in wrestling. He recalls meeting wrestlers he’d admired from afar only to meet men riddled with painkiller and drug addictions. He describes the routine of taking valium to wake up, cocaine to get in the ring, and a sedative to get to sleep.

Lastly, he calls out fans who chant derisively for botched moves, asking what gives them the right. It’s an arguable point, but it’s a raw release from Ramos who pours his frustrations and fears out onto that stage. In another segment, Homicide is less diplomatic as he says that fans can show up, cheer, boo, and that’s it.

There are a few more authentic moments that make this documentary worth seeking out. It’s currently available on Amazon Prime.