‘Everybody loves the Bullet Club’ 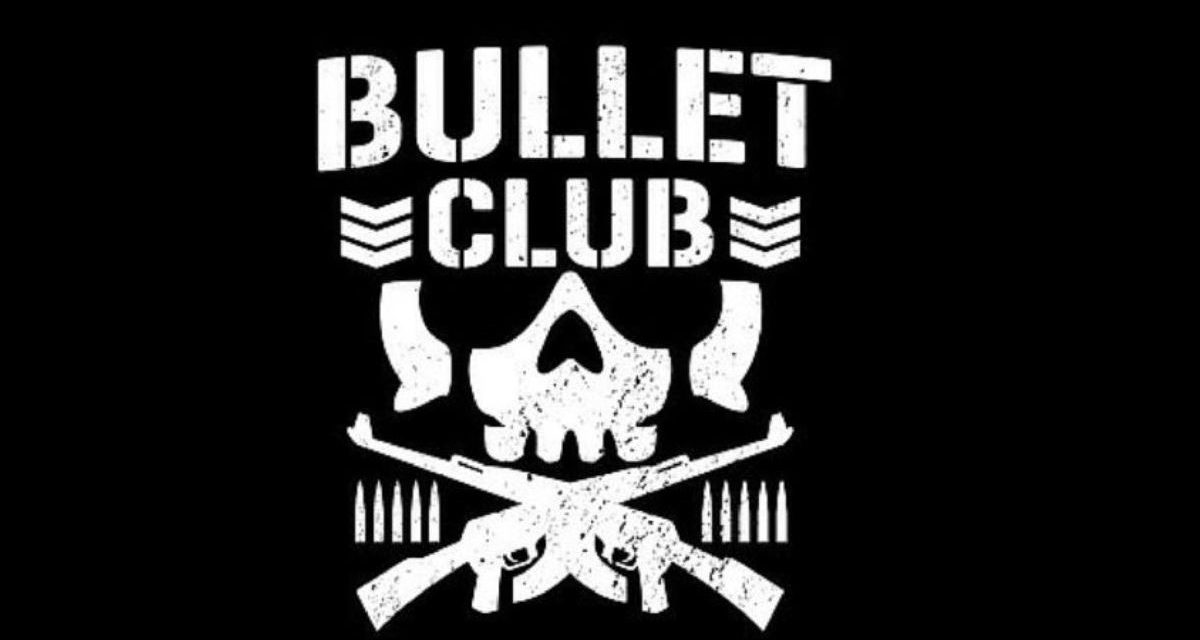 People have been comparing New Japan Pro Wrestling’s Bullet Club to WCW’s New World Order, but times have changed. While the NWO was specific to a promotion, the Bullet Club has grown into a global brand.

Officially, it’s a New Japan concept that started in May 2013, a collection of heel foreigners with Irish wrestler Prince Devitt (now Finn Balor in NXT), Karl Anderson, Bad Luck Fale and Tama Tonga. Names have come and gone over the last three years, and Canadian Kenny Omega is the current leader of the faction.

But it’s about far more than New Japan and far more than wrestling. Part of the proof is in the success of Bullet Club merchandise around the world, perhaps the hottest thing in pro wrestling. In North America, most of it is distributed through ProWrestlingTees.com. The “too sweet”-like hand symbol has permeated culture beyond the ring. 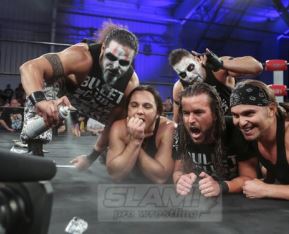 Adam Cole joins the Bullet Club at the last Ring of Honor pay-per-view in May 2016 in Chicago Ridge, Illinois. Photo by Ricky Havlik, RickyHavlik.com

And the Bullet Club itself has crossed borders.

Omega totally understands why the likes of Styles, Anderson and Gallows left.

“I believe everyone that had left still loves New Japan,” said Omega. “I think they love Japan as a country. But, for example, Gallows and Chad [Karl Anderson], they have families, their families live in America. They spent a lot of time out of country, out of continent, on the other side of the planet where they were away from their children.”

Lethal has suffered through a few beatings already from the gang-like Bullet Club on ROH shows.

“Bullet Club right now, it’s the hot thing,” said Lethal. “They definitely so far have proven they are going to be a thorn in my side. I’ve got to tell you, to be honest, I’m looking forward to it. Because they’re so popular — and I’d be lying if I said they weren’t popular, everybody loves the Bullet Club, even though they don’t play by the rules; I’d be lying it I didn’t say, even though they’re going to be a thorn in my side, I wasn’t excited for some things to come here. This could lead to some very interesting, never-before-seen matches.”

To Steve Corino, the expanded Bullet Club in all the different promotions is an example of the changing world.

“It’s become a global brand. They can call it whatever they want in the WWE, but let’s face it, we’re in a Bullet Club world and just happy be in it,” said Corino. “It’s just one of those things that they’re being represented everywhere. That’s cool because, in a way, on a different scale, it reminds you a lot of the New World Order, but the New World Order was in WCW. You didn’t see it in multiple companies. You can call it whatever you want, but at the end of the day, all these guys are Bullet Club and they’re taking the world by storm, and they’re changing the business — I truly believe that the traditional rules are being broken and I think the spark starts with the formation of the original Bullet Club a few years ago.”