Joey Ryan brings a bit of the sleaze to Ontario 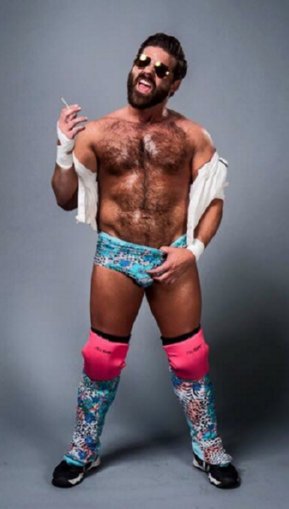 Ryan brings all that and more to southern Ontario, as a part of a two-day stop with Smash Wrestling tour.

As a master of drumming up his own publicity, Ryan has certainly benefited from the aforementioned moments, but those are far from the only examples of what you can find online when you search for the self-proclaimed “King of Dong Style.”

“I’ve been posting videos and pictures and things like that on my social media for a long time,” Ryan told SLAM! Wrestling. “It just so happened a few I posted went viral.”

Business began to pick up, as they say.

The atypical sponsorship from the adult website came as a result of his match against Dino, but don’t try adding Ryan’s name into a search from that site, because he won’t be “performing,” just making people more aware of the brand.

At the moment, Ryan’s obligations aren’t much more than wearing the company name on T-shirts and hats when he comes to the ring, but Ryan does expect to incorporate more product placements as he continues.

Ryan appears to have lucked out and stuck a great balance between personal and professional fame.

“My personal life hasn’t changed a whole lot,” Ryan said. “I won’t be working out and people bombard me. But if I’m in a situation where someone says, ‘Did you see the dick flip video? This is the guy.’ People will say, ‘Oh my God! I saw that video.’ But it’s not instant recognition.” 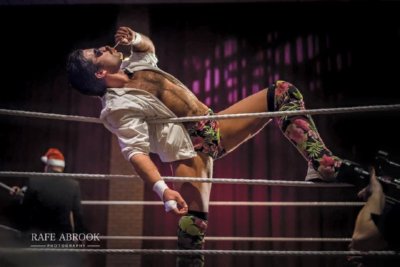 For an independent wrestler, this new-found fame has certainly helped Ryan out with more work related chances. Case in point, one of Ryan’s two matches in Canada this week will be for a title opportunity on March 10 in London, Ontario, at Fanshawe College.

“I’m wrestling Johnny Gargano for the Smash title,” Ryan said. “He’s one of the top guys on the independent scene. I’m also wrestling Scotty O’Shea. I’ve never faced him before but I always like wrestling guys for the first time because of the new experience and to see how the chemistry between us is.”

The O’Shea match will take place on Friday in St. Catharines, at Brock University. Then it’s back to the United States, for a show in Miami on Saturday.