Mat Matters: Saying goodbye — in two languages — to the Wolfman 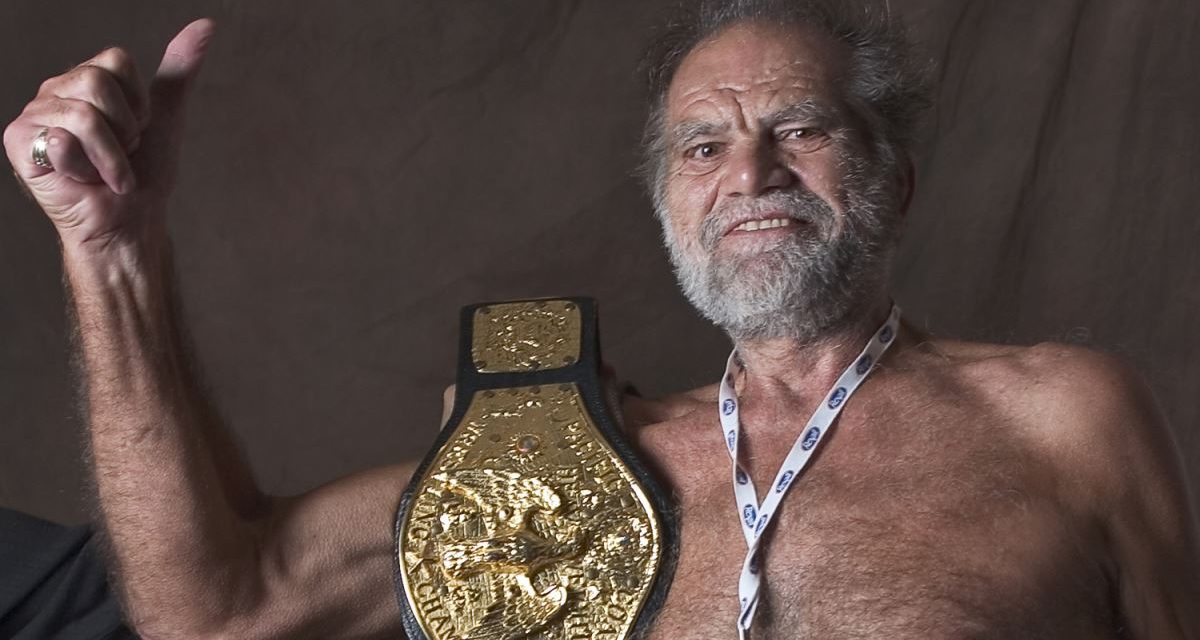 TORONTO – You can learn a lot of things about a person at a funeral. That they were a bouncer at a bar. That they hated wearing suits. That they were generous to a fault. That they had many friends from many separate walks of life. What is hard to learn is a new language at the funeral.

Such was the case on Friday as the life of Vilmos Farkus, better known Willie the Wolfman, was remembered.

Toronto’s St. Elizabeth Of Hungary Parish on Sheppard Ave., just east of Yonge St., was the location, and the service was mostly in Hungarian, with the Hungarian saints sparkling in the stain glass window in the morning sun. 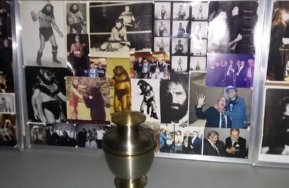 Vilmos Farkus — Willie the Wolfman — makes an appearance at his own funeral. Photo by Bill Skullion

That was well and good for his friends in the church, but complicated for his son, Mark, who barely speaks the language, his family, and his pals from the wrestling community who came out, this writer included.

First off, it was strange hearing him referred to as Vilmos through out.

He was Willie. Or Wolf. Or Wolfie.

No one I knew ever called him Vilmos.

I can’t attest to what was said during the service, other than it seemed okay. The Lord’s Prayer has the same rhythm in Hungarian as in English, in case you were wondering.

The eulogy, delivered quickly and to the point by his son and his two granddaughters, was in English. Mark Grier was five years old when Willie entered his life, meeting and then marrying his mother, Ethel. His sister is estranged from the family and was not there.

What was evident was that humour and perseverance can overcome any language barrier.

A little mystified at the foreignness of it all, it was easy to sneak a look at one’s phone. One wrestler was watching matches of the Wolfman during the service. Another passed around a hilarious meme created by Brian Bukantis of Wrestling Revue magazine with the Wolfman as Boxcar Willie, the famous country singer. 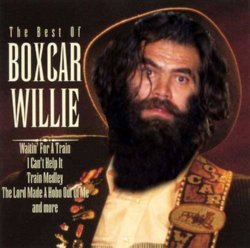 Given the Wolfman’s own challenges with the English language, that would have been a difficult album to decipher.

Phones came up in another way too, and we’ll leave it to Ricky Johnson to describe as he did on Facebook:

“The service today at The Wolfman’s memorial was very KOOL, it was wonderful to see my friends and peers…BUT, I DON`T think The Wolfman enjoyed it as much as we did … during the ceremony, a phone in the church rang 3 times … and when no one answered .. the power went out … TRUE … Willie is STILL ‘ribbing’ everybody.”

In the candle-lit church basement, the electricity out for a least a couple of blocks in each direction, more stories came out about Vilmos — and finally, about the Wolfman.

There was the trip to Newfoundland and Labrador, working for George “Crybaby” Cannon, where he left the wrestling tour unannounced, and no one knew where he was until he called from Toronto — “I home.”

Ricky Johnson admitted that he really never knew what Willie was saying, that he’d just nod and go along with it. The Soulman also teased Mark Grier, who refereed for the Bearman Dave McKigney for a summer, a young, muscular, earnest 18-year-old whose only qualifications were having a striped shirt and being able to count to three.

The common theme, in any language, was Willie’s generosity, and it seemed that everyone in the room had a similar story.

There wasn’t a time that I went to see him that he didn’t try to give you something. Once my son, Quinn, came into the picture, he was even more generous. “How’s the boy?” he’d ask in his gruff growl. We have special Olympic silver dollars from Willie, games, wrestling tapes, and plenty of memories. One time, when we drove to a wrestler Christmas luncheon in Burlington, he insisted on going into the Wal-Mart and buying Quinn something right then and there, 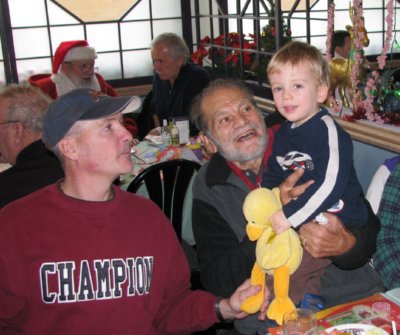 Mark Grier, Willie Farkus and a two-year-old Quinn Oliver in Hamilton in 2008. Photo by Mike Mastrandrea

So many memories, Willie.

Many of those memories were on display too, through a montage of photos. Plenty of them came at the Titans in Toronto dinners that I helped organize; that I contributed to bringing him happiness means a lot.

Willie loved photos, both posing with friends and hamming it up.

His apartment, appropriately next to Maple Leaf Gardens (now the Mattamy Athletic Centre), was a shrine to the people he knew — especially the wrestlers. There were pictures and more pictures on the wall, posted haphazardly and somewhat organized, if that’s possible. It suited him.

After Willie died on January 10th, his son told me he kept finding little stashes of money around the apartment.

The whole day got me thinking about the different wrestling related funerals that I’ve been to through the years. In some, wrestling was the central part; in others, it was hardly mentioned. Some were sad, where the wrestler died too early; others were a celebration of a long, vibrant life.

I was glad that Willie/Vilmos/Wolf got to have the latter. It was a good run, my friend.

Have a howlin’ good time in the next life.