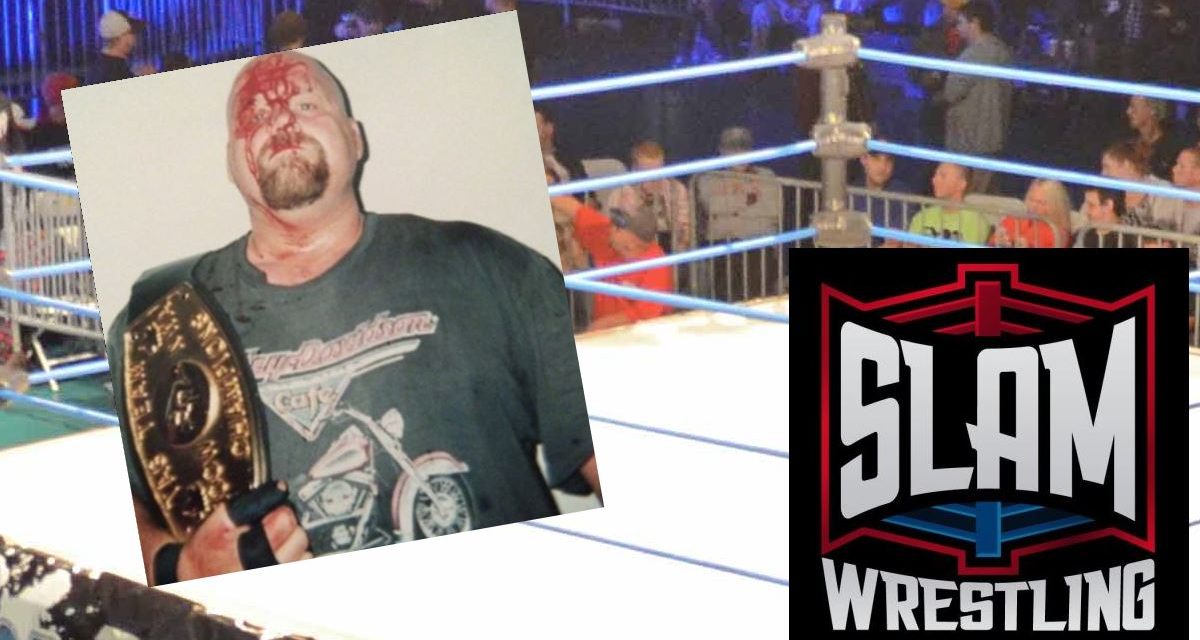 My phone rang the other night in the car. Vancouver number, it was the King, Gary Allen. Gary was the mainstay ref for Al Tomko’s promotion out of Vancouver.

The King was in tears. “Denton, you don’t understand,” he said, “you guys are like family to me.”

The reality is I do understand. I understand very clearly that during a brief period of time we were all lucky enough to have a brotherhood that was like no other. In the passing of Oly Olsen, we all just lost a big part of that very special family.

I didn’t know Oly before I arrived in Vancouver. But once meeting him we quickly became friends. And Oly made it so easy to become his friend. For such a mean, menacing guy on TV, he was actually one of the nicest, warmest people I met in my entire time in the wrestling business. He would just walk into the heel’s room and we would look at each other with not a word spoken and burst out laughing. He was so special. 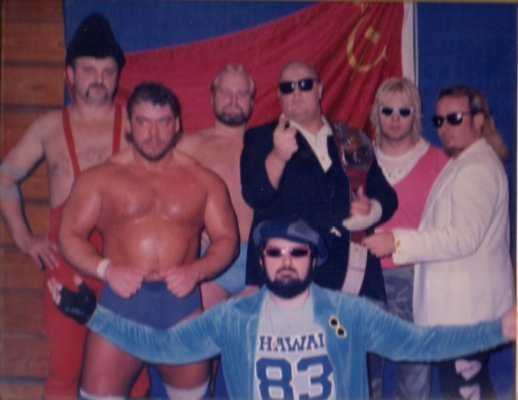 Vancouver used to do the TV tapings at BCTV. We would tape Monday and Tuesday nights. The great thing about being a heel and being able to cut a promo was that you could get a lot of mic time. And we did the interviews live at ringside when you rolled out of the ring so your body was full of adrenaline. You were lit up and ready to go.

Al Tomko used to like to have Oly come out and do interviews with us. If you could get him fired up her was a dynamo. But you had to get him fired up and I personally took on that responsibility. Oh the fun I would have.

For being a big, good-looking guy, Oly seemed to always have a misunderstanding with the opposite sex. I have no idea why, but I played on it. Before we would do the interviews I would get real quiet with him and lean into his ear and remind him of all the female viewers and how they all wanted to take advantage of him. Bingo! Fireworks! In one segment he referred to a segment of our audience as “dime-store, booze hags.” I almost burst out laughing. I told him after, that was his crowning moment.

One time Oly and I were crammed into his little car and in a town in the middle of the Rockies. We realized we didn’t know where the show was that night so we called Al and, amazingly enough, he didn’t know either. He told us to ask somebody.

We started driving through town and there was a girl jogging. She had on spandex pants and looked hot. She tried to ignore us when we pulled up beside her. Finally she came over to the car and Oly asked her where the wrestling show was that night. She didn’t answer, instead she just took of running. I knew what was coming and looked over at Oly. “Why do they start with me?” was his comment and I couldn’t hold the laughter in.

Another time Oly and I went to a sporting-goods store. Oly asked the young female clerk to get down a gym bag from a high shelf. She brought down the wrong one. He tried to explain which one he wanted but she brought down two others and both of those were wrong too. Oly looked down at the counter and then just looked over to me. “Is this how the day is going to go?” he asked me. I was shaking with laughter. He then asked her why she was doing this to him. I was laughing so hard I couldn’t give direction so just took her long stick and grabbed the right bag. He bought it and put it in the car and then told me after that ordeal he didn’t even feel like using it. Again mad laughter.

Finally, we do yet another brutal trip. This time it is Oly driving, Billy Two Eagles and myself in the car. We roll into Vancouver around 5 a.m. and they drop me off. They are heading down to Washington before coming back up to do the Vancouver show later that night. I was happy to be home and crashed. Off they went.

The next night in the dressing room Billy comes in and tells me that I have to talk to Oly for him. Oly won’t speak to him and wants to kill him. Billy says he doesn’t know why.

Oly comes in and is agitated. I ask him if everything is okay. “I want to f—ing kill Billy!” I ask him why and the story comes out of what went down after they left me. Both guys are terrible with directions. So with Oly driving, Billy was the navigator. Problem was that Billy grew up in Texas and didn’t know anything about the Vancouver roads. With Billy’s help, the two of them headed back into the mountains for an hour and a half until Oly recognized a sign and figured out they were going the opposite direction. They drove three extra hours that morning. I almost wet myself I was laughing so hard. Billy is lucky Oly was so nice or he might have killed him.

But it wasn’t only Billy who was lucky Oly was that nice, we all were. I can’t think of one person who ever said a bad word about him. He was always there at your side whenever you needed him.

Oly was a dream in the ring. He looked like a million bucks. He was a great heel. As much as people loved him, they hated him in the ring and that is what a good heel does best.

That crew in Vancouver was a very special group. Times were tough. Guys would heel into rooms on the road. Never a fight over who was sleeping where. Good times were shared by all and so were the bad times. In all the places I ever worked, that one was the one were the guys were most like family to me. They really were, and the remaining boys still alive are still true brothers. We faced it all and somehow came out across the abyss. And we all look back with fond memories.

I knew when they said that Oly’s heart had given out that they wouldn’t find one to replace it. You can’t replace a heart that big, you simply can’t.

I know that one day Oly and I will cut promos again. He will probably come up with another great catch phrase and I will probably laugh. Only this time on the trip we won’t let Billy give directions. See you down the road my brother …