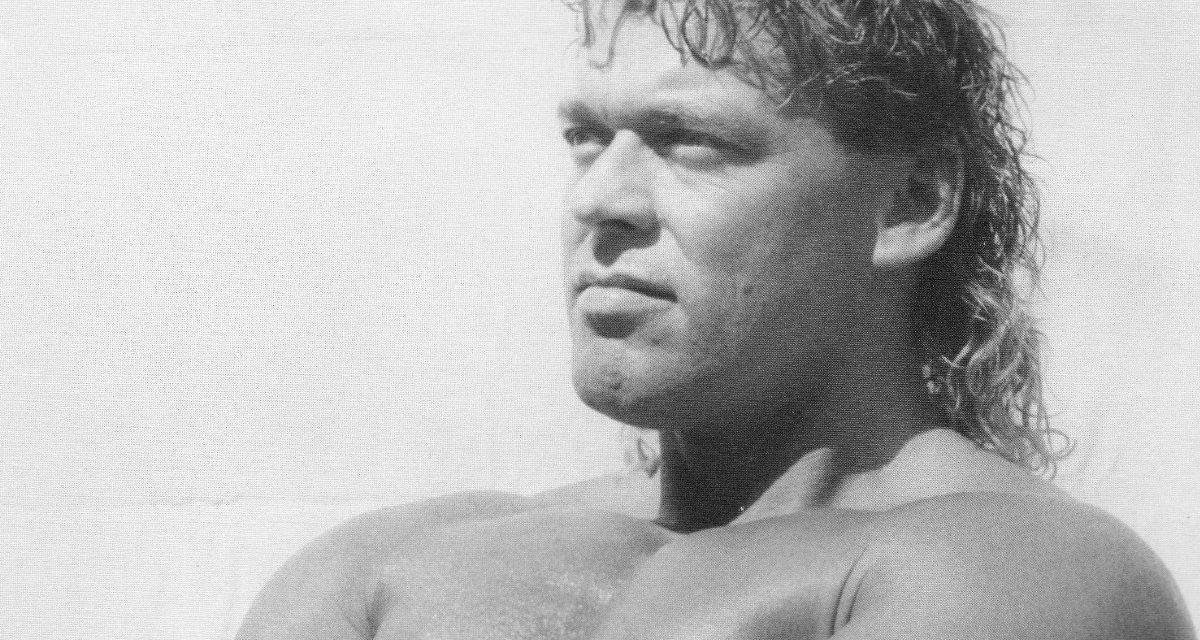 Todd “Oly” Olsen has an unique perspective on the wrestling business. Olsen worked as a full-time indy wrestler during a period when the traditional territories were dissolving and the WWF and WCW controlled the scene.

He made his professional debut with the Vancouver, B.C.-based All-Star Wrestling in 1984. For Olsen, it was the fulfillment of a dream. “I grew up near Seattle and watched All-Star Wrestling as a child during the 1960s. I always knew I wanted to be a pro wrestler and everything I did was to achieve this goal,” he told SLAM! Wrestling. “Being a smaller guy, I got into weight-training and reached a level where I sent All-Star Wrestling promoter Al Tomko promotional photos. I was invited to attend workouts at their training facilities in Cloverdale B.C and made my debut at the start of 1984.” 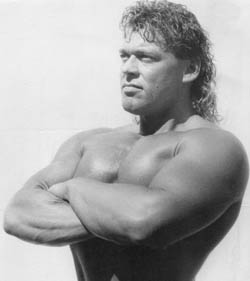 Even though Olsen made his debut during the rise of Hulkamania and Mr. T appearing in main events, there still was an old school feel to All-Star Wrestling. “For us, it was still the era of the territories,” explained Olsen. “Tomko felt that Hulk Hogan was a fad that wouldn’t last. The emphasis was placed on wrestling and entertainment.”

There was also an old-school mentality to their travel arrangements and work ethic, he said. “We traveled from Northern B.C. to Vancouver and also the Island. All the wrestlers would travel together in a van and then sleep five to a room to save money. We also wrestled six nights a week and were always expected to make the show. One time, our vehicle rolled down an embankment and some of the guys got injured. We called Al from the hospital and he reminded us that the show started at 8:00 p.m.!”

Obviously, Hulk Hogan was not a passing fad and All-Star Wrestling had run out of gas by 1989. Between 1984-89, Olsen wrestled in other territories besides All-Star. He had a rather eventful experience wrestling for Don Owen in Portland Oregon.

“I had a pretty good run for Owen in 1985 with Portland Wrestling. My time there was winding up and Owen said he would be happy to have me back with the stipulation I did not wrestle for competing promotions. I still had to feed my family and did not feel I had a choice,” said Olsen. “I wrestled under a mask for a competing promotion in an attempt to fool Owen. Obviously, it did not work since he didn’t invite me back. I may be the only wrestler who has wrestled under a hood for a legitimate reason.”

Olsen also had a brief run with Stampede Wrestling in 1987. “It was during the time of Brian Pillman and Owen Hart. I actually roomed with Pillman on the road. He was always a high energy guy but treated me well. I wasn’t with Stampede for too long because I always wanted to be close to home for my children. I never have regretted passing up wrestling opportunities to spend time with my kids.”

By 1990, it was becoming more difficult to make a living as an independent wrestler. Olsen tried his hand at training wrestlers and promotion while still working as a wrestler. With a certain degree of irony, Olsen feels the proliferation of wrestling schools helped lead to the downfall of the kayfabe era. “It seemed that if a person had enough money they could receive training to be a wrestler,” Olsen said. “I always tried to get guys with potential so that I could offer them a spot with my promotion. I’d like to think I trained my guys to be pro wrestlers.”

Olsen continued to work for a variety of independent promotions including West Coast Championship Wrestling (WCCW) based out of Vancouver and promoted by Michelle Starr. He held the championship title in 1992 and returned to wrestle one show for promoter Starr in 2006. “It was a 10-year anniversary show for Extreme Canadian Championship Wrestling which was born out of WCCW. It felt great to be back since I had not wrestled in that area for eight years. We did a battle royale and physically I felt fine.”

Michelle Starr has good memories of Olsen as a wrestler. “Olsen was ahead of his time as a worker,” said Starr. “He always wanted to do long matches with lots of action in them. I loved working with Oly as he was easy to get the crowd behind him as a babyface.”

Starr also feels Olsen could continue in the business today. “We brought Oly back to ECCW last year. We wanted to get some of the guys that helped start ECCW on the TV show. It was like he never missed a step and was in fantastic shape,” Starr said. “I am pretty sure Oly can step back in the ring today and hang with anyone of our guys. He is just always physically on top of his game. Oly, if you want to make a comeback, just give me a call.” 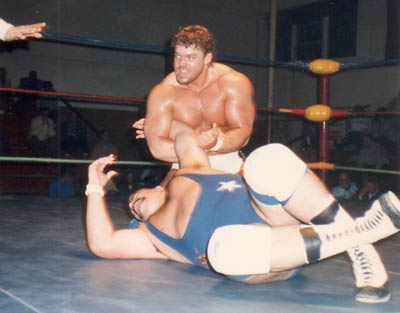 Olsen wound down his wrestling career in the late 1990s and moved on to other endeavours. “I like to say it was time to get stable in the regular world. I started up a landscaping business and drove a truck.”

Even though Olsen may not have ever wrestled for the WWF or WCW and may not have had the paydays of some wrestlers, he is not bitter about his experiences. “I always dreamed about becoming a pro wrestler and achieved that goal. It was a thrill to appear on TV with All-Star Wrestling. I still consider my biggest accomplishment to be my children. My daughter, Haley, recently just graduated from law school and my son, Jesse, is a stockbroker.”

Olsen may not be bitter towards wrestling, but he does have certain reservations about the current state of his profession: “I am not criticizing the wrestlers of today because I know they are just making their living. I had to follow what the promoter told me to do back in my day as well. I just think the references to gangs and violence towards women is just taking it too far.”

Olsen has taken a few steps to promote his view of a different brand of wrestling. “I have started up a website www.blackbootwrestling.com. We feature traditional wrestling holds and show how they can be applied. I plan on getting back into promoting eventually. I would like to bring back a product that mixed wrestling and entertainment. To me, watching a wrestler like Gene Kiniski, who could wrestle and entertain the fans is a perfect example.”