HIS NAME IS PAUL HEYMAN AND HE WAS A WRESTLING PHOTOGRAPHER

Some well-known wrestling personalities kick-started their careers by photographing or writing about the matches and taking posed photos of the stars and upcoming talent. In my capacity as one of the editors at London Publishing, I was responsible for buying photos from them or saying “No thank you.” Here are some of the people I regularly bought photos from for the magazines . . .

In the early 1980s, Paul Heyman was a semiregular photographer in the WWWF area. Along with me, George Napolitano and Frank Amato, he’d be at ringside trying to get the best photos possible. Sometimes, when one of us had a shot ready and set in the viewfinder, Paul and his knife-like elbows would push in and try to get the same photo. Despite this, he did get some really good pictures, and because of his relationship with the Grand Wizard, Freddie Blassie and Lou Albano, he had an in to a lot of candid and backstage shots. Even though he was pushy, he had a contagious personality and would take photos of me with many of the wrestlers. Paul’s photos were published and he didn’t care if he was paid or not. “I just love seeing my photos in the magazine,” he used to say. “I’ll give them to you for free if it will make it easier to make a name for myself as a photographer.” He was treated the same as the other photographers—$10 per shot. 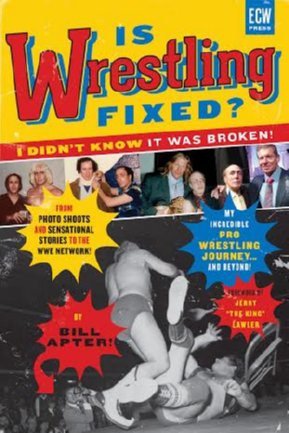 Around 1991, Tammy Sytch was traveling with her boyfriend, Chris Candido, and documenting him breaking into the business, camera in hand. I remember meeting this lovely young lady at a few indy shows and complimented her on some of the photos she was selling at the gimmick tables. I suggested she send some to me. A few of her photos became centerfolds, and some were used for stories. She credits this time period as her first real job in the pro-wrestling business. She made a whopping $10 per photo and eventually became our main source of photography at Ohio Valley Wrestling.

To this day, Jim Cornette still contends I owe him about $30 for three photos. He was the guy we depended on for years in Memphis. As a matter of fact, Cornette was the shutterbug who shot most of the classic photos of the historical Jerry Lawler versus Andy Kaufman matches. In later years, when Jim got into the business as a manager, a young man named Sam Lowe shot that territory. He also went on to become a manager in the area for a short period of time.

When he was 14 years old, Eddie Gilbert started sending in written reports of the matches in Tennessee. One day I decided to call him, as I knew his dad, Tommy, fairly well from photographing his matches. We started to talk a few times a month, and Eddie became one of my favorite correspondents. He also shot posed photos and many were used in the magazines.

Others: John Clark, who is now the head sports broadcaster on the NBC affiliate in Philadelphia, one of the largest markets in the United States, credits me with accepting his first photos for publication and states it helped inspire him to pursue a career in sports. I never bought a photo from this next person, because she wasn’t shooting for the magazines, but at my request, promoter Vince McMahon Sr. eventually let my friend at that time, supermodel-to-be Christie Brinkley, shoot a few matches at Madison Square Garden. She was permitted to shoot some of the prelims at one show but moved out of the ringside area when the main matches took place. Mr. McMahon did not feel it was a safe place for a woman to be. I met Christie when I was shooting boxing matches, and we worked together many times.