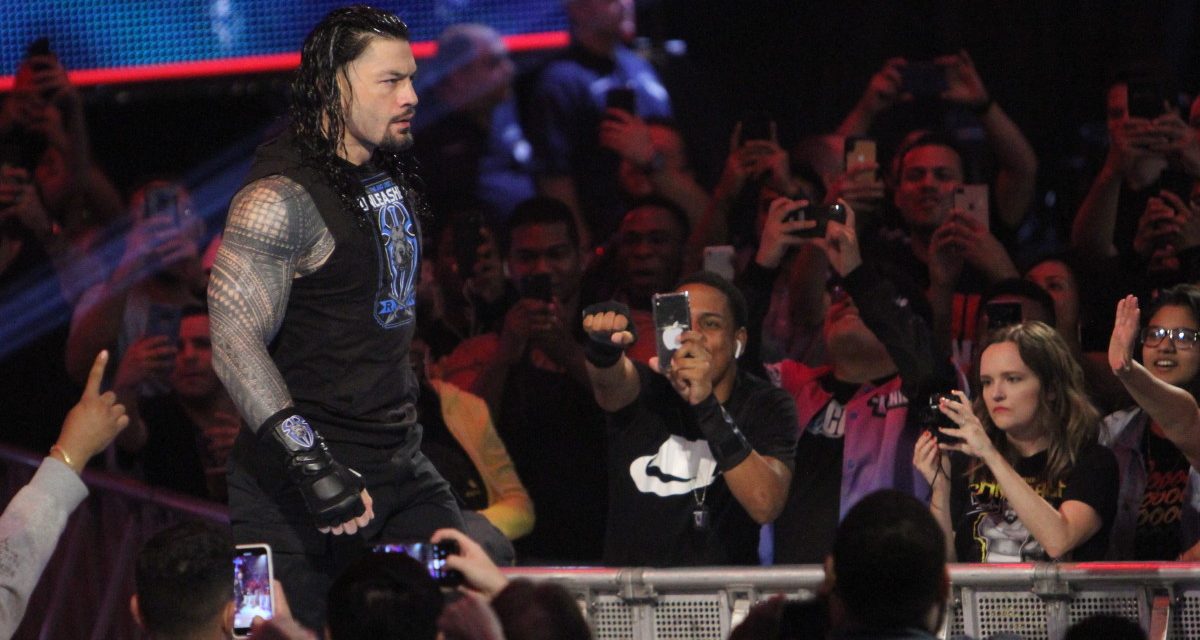 A lot has happened in Roman Reigns’ career since the last time SLAM! Wrestling talked to him. He was injured, won the Royal Rumble, was in the middle of a controversy he couldn’t do anything against, main-evented WrestleMania and started teaming again with former Shield member Dean Ambrose. But even if he had a banner year, Reigns has still one focus in mind: his family.

For most WWE Superstars or professional wrestlers, being injured can be disastrous. Some will fear they might lose their spot or even their job while some others will rush their return and therefore expose themselves to more injuries in the future. 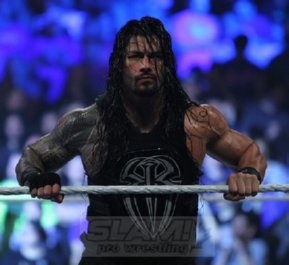 “I wouldn’t change anything because regardless of what happened or what could have happened, I really feel like I took advantage of that time that I had off,” Reigns told SLAM! Wrestling. “The most important thing for me will always be God and family. And I was able to spend a lot of needed time with my family. I was able to get married as well. So for me I was able to take care of so many personal things which in the long run, makes the best performer. Everything happens for a reason, I’m a better performer this day for all that, so I wouldn’t take anything back.”

Winning the Royal Rumble last January should have been something fun for Reigns, but instead, it will be remembered as the one Daniel Bryan didn’t win. In fact, the WWE Universe was so mad that Bryan, their hero, was eliminated from it, that they turned on Reigns, not because of something he did, but only because he was the chosen one.

“I just keep doing my thing and believe in myself. Any time I had any kind of doubters or anyone trying to hold me back, it makes me want it even more. To me, it’s just to continue to do what I can control,” said the 30-year old.

Reigns is in the business for long enough now and is old enough to understand the situation, but when you have a seven-year-old daughter who goes to school and goes on the Internet, it’s something else.

“That’s kind of the tricky part, and that’s why for me it’s so important to be a leader and live by my word. My biggest goal is for my daughter to know that I work hard, and I lead and I did anything in my capability to provide for them and give her a good life and set a great example for her. No matter what anybody else says about me as long as I maintain this relationship with her and be hopefully a role model for her, and a hero and a good friend, someone who can guide her and keep her in line and most importantly teach her to respect herself and to respect others, no matter what anybody says to me, as long as I have that that’s all that matters to me.”

Everyone’s got an opinion on social media. Reigns only manages a Twitter account, on which he’s not that active to begin with. And if one thinks it’s to avoid any controversy, it’s actually simpler than that.

“I just don’t like the Internet that much,” he confessed. “I don’t like being in front of a computer all the time. I’d rather be active and outside doing something, or in the gym, hanging out, socializing. I have real friends, I don’t need Facebook friends. I was one of those kids that grew up outside, playing football and baseball. I love social media for the positive things. It’s become such a negative place though. But I like to be able to connect in a positive way with my supporters and my fans. I don’t want to talk about what I ate for breakfast, who cares what I ate for breakfast!”

Over the past year, Reigns has been feuding with Brock Lesnar, Seth Rollins, The Big Show and most recently, a reunited Wyatt family. This last rivalry brought Reigns and Dean Ambrose back together, as they were two-third of The Shield, the stable they came in at the end of 2012 when the duo — alongside current WWE World Champion Seth Rollins — made their WWE debut. 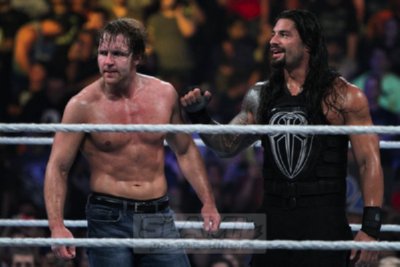 If anyone considers this as a step back, since not too long ago he was competing for the WWE World championship, Reigns strongly disagrees.

“I’m actually kind of offended by that,” he ferociously answered. “Over the past year, we built two individual brands, two individual products and competitors and we teamed back up. Dean is a great friend, a traveling partner, a guy who helped me on the road. For me I’m having a great time and that’s the most important thing with our schedule. There is no off-season here, this is 52 weeks a year so to be able to do some team fights and have some fun and enjoy the road with a friend, that’s what it’s all about.”

Since Reigns will be in Montreal this coming Friday and that Montreal is Kevin Owens’ home, one can dream of seeing that match happening in La Belle Province one day. But for Reigns, he and Owens might battle for something other than fame, glory and titles.

“When we talk about the future, I think Kevin Owens is a big part of that. He’s a great competitor. And I’d love to tangle it up with him. I think it’s an easy feud there. Who’s the real dad of the year here? We both have our own tactics and our own morals and beliefs and things like that, but we are just a couple of dads at the end of the day,” Reigns said about Owens, who’s the father of a seven-year-old boy and a 18-month girl. 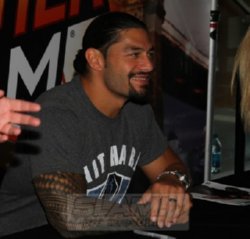 This Friday, September 18th, WWE is back at Montreal’s Bell Centre with its second and last show of the year in the city. Reigns and Ambrose will battle Bray Wyatt and Luke Harper, accompanied by Braun Stowman. And as usual, fans can expect Reigns to give all he have.

“Fans can expect the absolute best team fight. We bring the excitement, the team work. We know every square inch of that ring and where each other are at any time. It’s gonna be a great battle. At the end of the day it’s Roman Reigns and Dean Ambrose, it can be wild!”

The show is only two days before WWE’s next PPV, this Sunday with Night of Champions. Seth Rollins will have a busy night as he will defend his WWE World title against none other than Sting and his U.S. title against John Cena. Ryback will defend his IC title against Kevin Owens, Nicki Bella her Divas championship against Charlotte in a rematch of last Monday, New Day their tag titles against the Dudley Boyz while the Wyatt family will face Reigns, Ambrose and a mystery partner. The Montreal show could very well be a prelude to what we’ll see Sunday night.

Tickets for this Friday show in Montreal can be purchased here and for those in Canada, contact your local provider if you want to subscribe to the WWE Network.