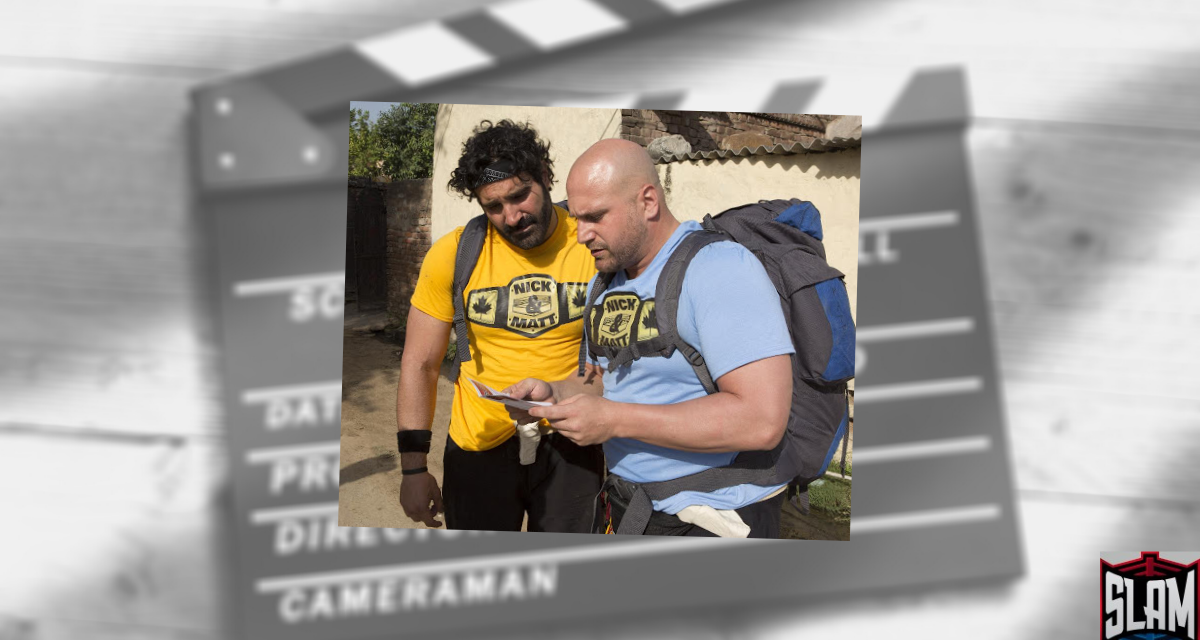 In the past few weeks, as competitors on The Amazing Race Canada, popular tag team, the Flatliners — Asylum and Matt Burns — have been proving that they can compete just as fiercely outside of the ring as they can in the ring. But as much as they’ve traveled, for the race or for wrestling shows, it’s possible that their destination at this Sunday night’s Destiny World Wrestling show — Dudleyville — could be their toughest stop to date.

The no-disqualification match between the Flatliners and the team that many consider among the greatest of all time, Team 3-D (aka the Dudley Boys), will headline Mississauga-based Destiny Wrestling’s biggest event to date. The “Summer Heat” wrestling show will also feature the return of Kongo Kong as he takes on Destiny Champion PJ Black (formerly WWE’s Justin Gabriel), while former WWE star Highlander Robbie and Destiny’s own Randy Reign will also be in action.

What’s more, the event will be preceded by an afternoon Fan Fest that will begin at 2pm. Taking place in the parking lot outside of the Battle Arts Academy (4880 Tomken Road, Mississauga), the free event, which will be open to the general public, will feature music, beverages (including a beer tent), food trucks, and fun and games for all ages.

“We’re (only) focusing on the match with Team 3-D,” Asylum (real name, Nick Foti) told Slam Wrestling in the days leading up to the show. “Right now, it’s all about that.” 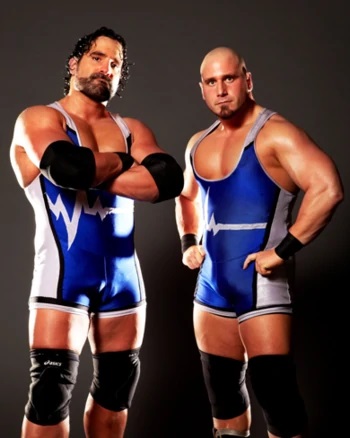 The Flatliners in their work clothes.

“(Matt and) I have huge respect for Team 3-D. They’re one of the most popular tag teams in wrestling history, and they’ve done it all, multiple times. We’ve never wrestled them before. Any time I was at WWE or TNA, they weren’t part of that company, so I’m looking forward to it as one of our ‘firsts.’”

And with the Dudley Boyz making a surprise appearance on Monday Night Raw in Brooklyn, beating up The New Day, the timing is perfect.

Coming in first in The Amazing Race Canada is also something Foti would like to happen. He knows whether this has happened, of course; the entire season — which airs at 9pm on CTV on Wednesday nights — was filmed some time ago. But, as is customary, he’s sworn to secrecy about the results. At the time of this interview, he and Matt were still in the running, with seven teams remaining. 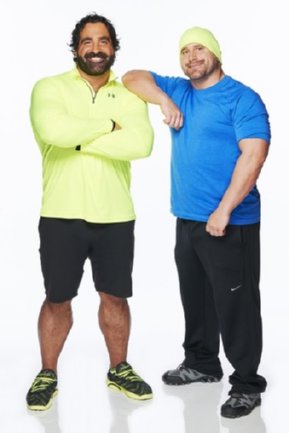 Nick and Matt on The Amazing Race

The team has proven to be quite the popular duo, based on social media metrics, thanks to their intense competitive spirit, but also their ability to not take themselves too seriously.

“We’re also looking for a laugh,” confirmed Foti. “We’re self-deprecating and always have a weird comment for someone or something. In that way, I feel like we have been portrayed (on the show)” exactly how we really are.

That includes a certain camaraderie that the two have shared from their ten years on the road as a tag team.

“Traveling up and down the road with Matt, there isn’t anything we haven’t dealt with. He’s the perfect partner for me, because between us, I feel like we can handle anything. We have a really strong friendship — he’s the type of guy, that if I showed up at his door with a dead body, he’d just help me bury it, no questions asked. That’s hard to find.”

And, presumably, that isn’t one of the challenges on the show. But even if it were, safe to say Foti would have enjoyed the experience just as much as he did all the others that the team were lucky enough to participate in.

“Is it horrible if I say the experience was ‘Amazing’?”, he joked. “It’s true, though. We got to do so much in so little time. And be places we should have never been. For example, centre court at Air Canada Centre where the Raptors play, paragliding in South America, the list goes on.”

“And, sure, there were some things that I didn’t like,” he acknowledged. “Being buried in the sand in cold water wasn’t a highlight. And,” he smirked, “having to tango with Matt isn’t something I would choose to do on my own. But, overall, it was just an incredible experience.”

It’s also exposed the team to new fans across the country, an added benefit that they’re particularly pleased with.

“Being on the show has definitely opened up our fan base. The season premier alone drew 2.4 million viewers -I don’t know if wrestling fans know how big that is. That’s more viewers in North America than TNA and ROH combined. (Since the show started), we’ve been in contact with promoters in Newfoundland, Alberta, and British Columbia.”

But first up next, of course, is Mississauga for this Sunday’s Destiny show. Of course, Foti welcomes the opportunity to compete in front of new fans who may only have been exposed to him through Race. But wrestling in front of his long-time fans who have backed him – whether it be part of the Flatliners, or as a singles competitor (in addition to wrestling as Asylum, Foti also competes occasionally as the popular Stone Rockwell) – has special appeal for Foti.

“You have no idea how much everyone’s support means to me, and means to (me and Matt together),” he wanted his fans to know. “Every tweet, every ‘Like’ or mention, every handshake at a show is really cool. All I can say is ‘thank you’ for supporting us.”