The promotional bumpf is from another time: The Tomboy From The Ozarks; Mistress Of The Mulekick; Bubble Gum Champ. It was all part of the description for Daisy Mae, a woman wrestler from the early 1950s, who died on June 23rd.

The idea of a hick from the sticks in pro wrestling was hardly new, but judging from the stories of the day, the bubble gum aspect sure was a hit. 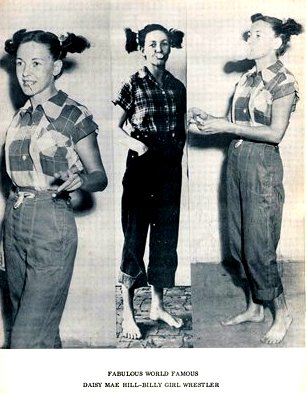 A handout of Daisy Mae photos.

“Daisy Mae, her mat-name taken from a comic-strip character, is a comely young woman, making alleged trouble for wrestling referees with her added title and exposition as bubble-chaw champ. Professional rassling rules do not currently embrace a penalty for bursting a chew-gum balloon in an opponents’ eyes or hair at a critical moment,” reads a story from January 1954 in the Frederick News Post. The comic-strip reference is, for younger readers, to L’il Abner, a long-running newspaper comic about hillbillies from Dogpatch, Kentucky.

For much of her early career, Daisy Mae was paired with Hillbilly Stumpy, who was actually her husband at the time, Frank Robinson. Later, he’d gain slightly more fame as Farmer Brown. He gave an interview in 1961 where he talked about her secret weapon: “She’d chew bubble gum. With two sticks of bubble gum, she could blow up a bubble as big as a basketball. At times, in a match, she’d break a bubble in my opponent’s face,” Robinson said.

Equally fascinating is the presence of a young girl at ringside, circa 1956.

“Fans will be delighted with Daisy Mae and her mascot, Little Daisy, her 4-year-old sugar plum daughter who accompanies the Dogpatch princess on most of her wrestling journeys. The little lass takes an unusual interest in the proceedings when her mommy is in the ring wrestling and when she is happy — or when Mommy is winning — she usually shows her glee by racing joyfully among the crowd and passing out bubble gum. Daisy Mae and Little Daisy are both bubble gum addicts and chew,” reads the Bluefield Daily Telegraph. “When Mommy is losing, as she sometimes does, and if her opponent is rough in her ring tactics, it is no uncommon sight to see Little Daisy running and screaming to the nearest police to beseech the long arm of the law to ‘do something to help my Mommy.'”

Knowledgeable wrestling fans will recognize that Columbia, S.C., was also the home of the Fabulous Moolah’s training camp/compound.

The early days of Daisy Mae and Moolah (Lillian Ellison) were very much intertwined.

“Jack Pfefer is where she started working, with Moolah,” recalled Mae Young in 2011. “At the time she wrestled for Jack Pfefer, she was a real skinny kid. That’s why they called her Daisy Mae. Lil gave her that name.” (And, with wrestling hardly being original, there was another Daisy Mae in the 1970s.) 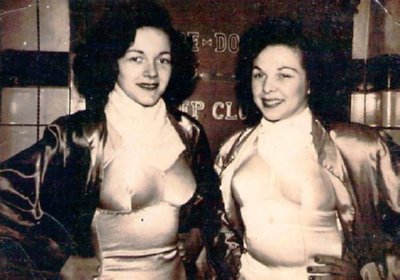 On shows often booked by the colourful promoter Jack Pfefer, it was Slave Girl Moolah teaming with the Elephant Boy (Bill Olivas) against Daisy Mae and Hillbilly Stumpy; in many cases, there would be two singles matches and then a mixed tag bout on a single card.

Here’s a mention of their battles from November 1953 in Ardmore, Oklahoma, just north of the Texas border: “Daisy Mae, popular television wrestler who is famous for her bubble gum chewing feats, is scheduled to appear Thursday night at civic auditorium in the second all-star mat program brought here by Ed McLemore, Dallas promoter. She’ll meet Slave Girl Moolah for the championship belt in a best two out of three falls. Two other matches are also slated.”

Judging by the clippings, Daisy Mae was a wide-ranging star in the early 1950s, including an August 1953 appearance on What’s My Line with Eva Gabor, and then settled in closer to her South Carolina home by the later part of that decade.

“Daisy is the biggest drawing card of any woman wrestler in the Eastern city arenas and is quite a picturesque figure,” reported the Bluefield Daily Telegraph in West Virginia in March 1956. 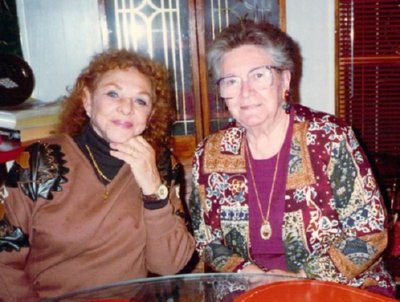 In 2007, Lewis’ son, David R. King wrote to his writer, and shared a bit about his mother. “For many years my mom attempted to hide her past, and was ashamed of the things she did as a young adult. As I got older I finally pried some info out and found out that from 1951-1954 she was ‘at the time’ a pro wrestler,” he explained. “My mother was Daisy Mae her husband at the time was Farmer Brown aka: Hillbilly Spunky they travelled together around the country and Farmer Brown (real name Frank Robinson) helped train The Fabulous Moolah and my mother sparred with her in training.”

While Daisy Mae was done with pro wrestling by the 1960s, he proximity to Moolah’s estate meant that she remained in touch to a degree. There are photos of her and Moolah and Mae Young through the years.

Susan “Tex” Green was one of the women who learned to wrestled at Moolah’s, and paid her respects to Lewis in a Facebook post: “I left home early today before work so I could have a moment with Nancy (Pat) Lewis. She was one of my wrestling family member although she had stepped away from the wrestling career she has begun years earlier… Do have memories of her when I was training some new women for Lillian Ellison Girl Wrestling Enterprises. Met her son Trumpy when driving a wrecker for my mechanic when I was in Columbia and on break from wrestling. Rest in Peace Nancy (Pat) Lewis…. you will be missed by many my prayers are with your friends and family. Till my number is called Rest in Peace Nancy.”

Nancy Lewis died at age 85 on June 23, 2015. “Mrs. Lewis was very devoted to her family and was seen as a true caregiver. She was a member of Shiloh United Methodist Church for over 40 years and loved her church and church family,” reads part of her obituary. She was buried on June 29, 2015.