The late announcer Dick Lane may have been one of the best-known figures in the world of professional wrestling at one point. Aside from his duties hosting wrestling and roller derby out of Los Angeles’ KTLA-TV, he also made more than 200 appearances in movies.

And his catchphrase “Whoa Nellie!” continues to have legs to this day, and many of the holds we know so well were named by Lane. 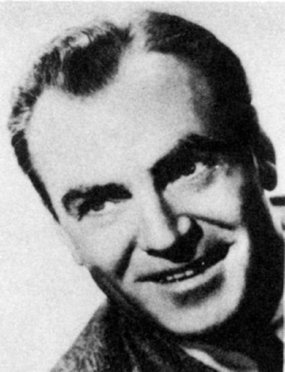 A great example of his legacy is the term flying side headlock, which was a hold that Gorgeous George popularized — and Lane is said to have dubbed George Wagner “Gorgeous” in the first place.

He is credited with naming the abdominal stretch too, and how about such treats as the “inside step-over toehold taken from the cannonball position.”

“Some of the names for holds weren’t very delicate,” Lane said in Joe Jares’ 1974 book Whatever Happened to Gorgeous George?, “so I had to think up new ones. I’d just make up a name describing the way it looked to me. Like the crotch-locked leg strangle — and that’s the delicate name! In a few years my names became the proper nomenclature.”

Richard “Dick” Lane came into the world on May 28, 1899 in Rice Lake, Wisconsin. He was acting by age eight. After serving the United States in the First World War in a machine gun battalion, he returned home to Wisconsin for a couple of years of college. Lane would begin his career as an announcer and emcee, and made his way to Broadway in New York around 1928, where he appeared in a number of plays, including Present Arms a long-running comedy.

There was also the job as emcee and straight man for Texas Guinan, a company that toured night clubs and theatres. Lane participated too, and according to his obituary, his “specialty was hanging by his teeth from a moving bar at the top of the tent.”

From there, it was off to Hollywood, where he was under the employ of RKO. Chances are you have seen Lane on the screen, though it may not have been a major role. He was often “cast as a fast-talking con-man, carnival barker or grifter,” wrote Craig Hodgkins on a great blog post about Dick Lane. “He also was cast as a baseball coach in The Babe Ruth Story, Take Me Out to the Ballgame, and The Jackie Robinson Story.”

The mid-1940s saw the arrival of television, a new medium that was perfectly suited for a man with a mouth like Lane. He’d already befriended a few wrestlers, such as Danny McShain, whom he briefly managed, and Billy Rayburn.

According to sports historian Tim Hornbaker, Lane was probably the very first wrestling announcer, in 1942, when he was asked to call matches at a ring on a sound stage at Paramount in Hollywood, Calif. 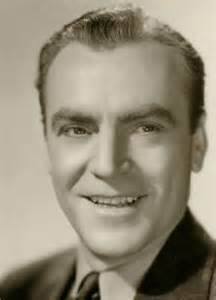 “I tried to get into the American Legion stadium over in Hollywood and they ran me out of there like I’d brought the plague,” Lane said. “The Olympic Auditorium wouldn’t let me in either. But heck, there weren’t enough TV sets in those days to cause anybody to stay home.”

A couple of years, the technology had improved to the point that consumers could afford television sets in their homes. Professional wrestling proved to be great programming on a number of fronts: it was relatively cheap to produce, needed only a camera or two; the personalities were perfect for the new medium; and the action translated across cultural divides, important in a country experiencing huge immigration following World War II.

In a 1968 interview in the Independent Press Telegram of Long Beach, Calif., Lane recalled those early shows from 1945, broadcast from the Paramount lot.

“We staged two 15-minute wrestling shows and two four-round boxing matches. We didn’t have room for an audience so the reaction had to come from the stagehands and cameramen. They had to choose up sides until we broadcast from the Olympic Auditorium seven months later,” recounted Lane to writer Stanley Siegel.

Promoters didn’t initially see the appeal of televising their shows. The big arena in Los Angeles was The Olympic, and its owners originally rejected Lane’s suggestion to televise the matches. “They said, ‘If you will pay for the empty seats created by those who stay home and watch it we’ll let you,'” Lane remembered.

What the TV broadcasts of professional wrestling would create was a “brand new audience” explained Lane, as viewers tuned in to see the characters that surrounded Lane on Championship Wrestling From The Olympic.

And make no mistake about it, Lane was a major part of the show in Los Angeles.

“I have to give some of the credit for my success to Dick Lane, the KTLA announcer who broadcast both wrestling and roller games — a Southern California offshoot of the roller derby,” wrote Classy Freddie Blassie in his autobiography. “Whenever I’d rally in the ring, he’d scream, ‘Whoa, Nellie!’ like the skies were parting. If you closed your eyes and listened to Dick Lane, you’d believe that the Lord himself had driven me to the Olympic Auditorium.” 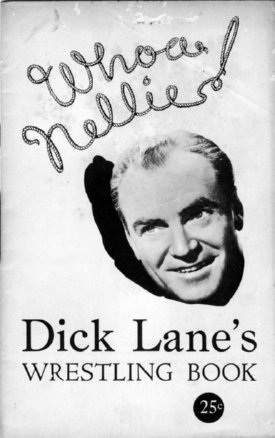 In his book, The Box: An Oral History of Television, 1920-1961, author Jeff Kisseloff addressed the importance of Dick Lane to KTLA, and it extended well past wrestling. “To every show he [programming chief Klaus Landsberg] attached a host who was also a local favorite, so it wasn’t just wrestling, it was Dick Lane and wrestling or Dick Lane hosting Roller Derby. Who cared if ninety percent of the country never heard of Dick Lane, the people of Los Angeles had, and they loved him.”

In the same book, Stan Chambers shared a memory of Lane: “Central Chevrolet sponsored a segment of The Spade Cooley Show. The segment was done by Dick Lane, who had this great voice. He was really L.A. television’s first big star. There would be a thousand-plus people for the dance. When the music stopped everybody would start talking, and people couldn’t hear Dick do the commercial, so Dick would bang the car with his hand. One night, he hit the car so hard, the fender fell off. From that night on, banging the fenders became his trademark.”

In the 1968 interview, Lane said that he still received 500-600 letters a week and that there could be upwards of a thousand following a “particularly rough match.”

Lane was asked why he continued to broadcast wrestling matches. “Every time I go to work I get a different look at human behavior in the ring or from the audience or both,” he replied.

Up until 1966, Lane conducted the ringside interviews as well as calling the matches.

But then Mae Young came along.

“I don’t think she intended to hurt me but she got me by the coat lapels and jerked me forward. I had a mike in my hand and as I started to fall someone was standing on my mike cord and I fell directly on the cement curbing,” said Lane in 1968, indicated the scar tissue on his face from the 11 stitches required to fix the cuts above both eyes and lip.

In the early 1960s, Lane travelled up the Pacific coast on occasion as a fill-in for Roy Shire’s promotion in San Francisco, normally hosted by Walt Harris. Eventually Lane was the main announcer in San Fran for a time.

“Dick Lane, in my opinion, was the greatest commentator I have ever heard,” recalled Brown. “He had this firecrackrer of a voice that made him sound every bit as excited as the fans were about incoming wrestlers, upcoming shows, and anything he talked about! He called action, rallied the babyfaces’ fans, and pitchman all in one package.”

His run in Los Angeles came to an end in 1973, when the wrestling program was on KCOP and the promotion, run by Mike Lebell, decided that Lane should be replaced by Gene LeBell — the promoter’s brother.

“Even though I was just a kid, I noticed what a blatant letdown it was when Dick departed the airwaves. Gene LaBell as a commentator didn’t cut it,” said Brown. “Where Gene was a great ‘short distance sprinter’ by doing quick interviews with wrestlers, with his trademark ‘WOOOOOOOOW!’ whenever a monumental angle took place, Dick Lane was a sprinter AND a marathon man! He called every match like it was a super-kinetic event. Believe me, you could have two lackluster green ham and eggers plodding along, but Dick Lane could somehow make the mess sound worth watching.”

Lane died on September 5, 1982 in Newport Beach, California, after a short illness, leaving behind his wife, Ester, a son and a daughter (both adopted), and one granddaughter.

But perhaps the bigger one was Lane’s induction as an announcer in the Class of 2009 in the Roller Derby Hall of Fame. In a write-up in the Wrestling Observer editor Dave Meltzer addressed Lane’s fame: “Lane was the announcer for Roller Derby in the mid 50s when it moved its base from New York to Los Angeles. He was more famous on a national level in the late ’60s and early ’70s, when, after Roller Derby pulled out of Los Angeles, Roller Games was formed, and Lane was the voice of the Los Angeles Thunderbirds, the flagship team in the league, which had a worldwide following, particularly in Australia and Japan.”

And there is no doubt that Lane lives on through the phrase “Whoa Nellie!” which he would yell excitedly whether he was calling pro wrestling or roller derby. Retired ABC football announcer Keith Jackson used the phrase often, and has credited Lane.

— special thanks to Tim Hornbaker and Scott Teal