A final goodbye to Verne Gagne, a true legend 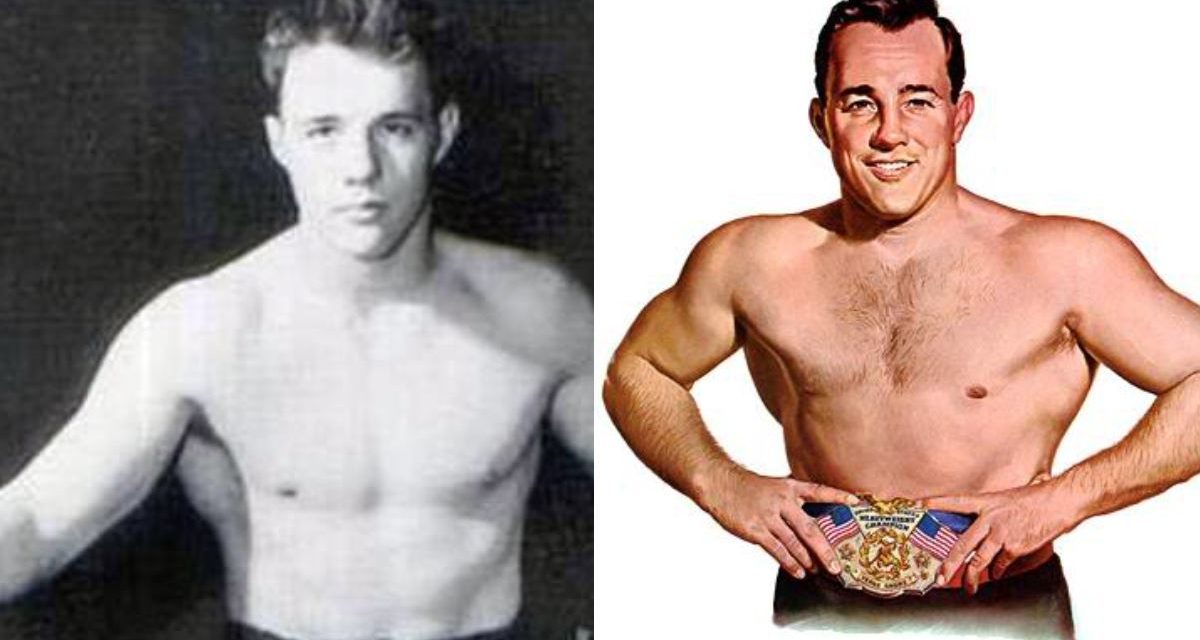 The world of wrestling said its final goodbye to a true legend on Tuesday, May 5, in Minneapolis. Any way you want to slice it, Verne Gagne was a giant in this sport, in both the amateur and professional realms, and as a contributor and ambassador, as well. 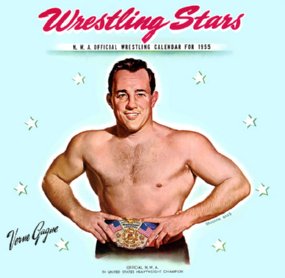 He was born Feb. 26, 1926, on a farm near Robbinsdale, Minnesota, and was a state wrestling champion in high school, and an all-state football player. He had a sensational career at the University of Minnesota, becoming the first wrestler from any school to win four Big Ten conference titles, and claiming two NCAA titles. Verne placed third at heavyweight in the NCAAs in 1947 as a sophomore and then won the 1948 crown at 191 pounds.

His senior year, 1949, Verne moved up to heavyweight to take on Dick Hutton, the defending two-time NCAA champion from Oklahoma State, and won a referee’s decision in the NCAA championship finals. It is still a hotly-debated match among old-timers and historians — because the next year, 1950, Hutton won again, making him a three-time NCAA champion.

Had Hutton won that 1949 match with Gagne, he would have become the first four-time NCAA champion ever. They both made the 1948 Olympic team, Hutton at heavyweight and Gagne as an alternate to Henry Wittenberg, the New York City cop who won the gold medal at 191.5 in London. Wittenberg narrowly defeated Gagne in the final Olympia trials and later said that facing Gagne was tougher than winning the gold medal.

Ironically, both Hutton and Gagne went on to become world champions at the same time in the two competing groups of professional wrestling, Hutton in the NWA (National Wrestling Alliance) and Gagne in the AWA (American Wrestling Association).

Gagne was also an all-conference end on the Minnesota football team and was drafted by the Chicago Bears, but opted for the pro ring instead. He quickly became the biggest star in the entire industry.

It is hard to overstate the impact Gagne had on pro wrestling in the early 1950s, especially in the Midwest. Television was enamored with the sport because it was easy to film (just two men in one spot, not dozens of athletes running all over the field like in football, or ten men in basketball) and the skimpy attire. It has been said that pro wrestling was one of the major factors in the early success of television.

Handsome, articulate and charming, Gagne was hugely popular. Legendary sportscaster Jack Brickhouse did commentary for pro wrestling in Chicago in the 1950s, as well as games of the Chicago Bears, Cubs and White Sox. He once said that walking down the street with Verne Gagne drew bigger crowds than with any other pro star — Bear, Cub or White Sox.

Through the decades, Gagne was a huge promoter of amateur wrestling in Minnesota. According to Alan Rice, one of the founders of the highly-successful Minnesota Wrestling Club, Gagne played a key role in assisting the club in its early years. Gagne also supported his alma mater generously for decades.

Not only was Gagne a star in the ring but he was one of the nation’s leading promoters. He started the careers of many pros and gave former college and Olympians a chance to earn a good living.

The funeral on May 5 opened with a stirring tribute. A huge photo of Verne loomed over the chapel, and the crowd drew silent as a recording of Louis Armstrong began singing “What A Wonderful World.” There wasn’t a dry eye in the place by the time he was finished.

Alan Rice, J Robinson, Dan Chandler, Brad Rheingans, the Morgan clan and the Zilverbergs were among the many amateur personalities who paid their respects. Also at the funeral were former pros Jim Raschke, Bob Backlund, Wayne Bloom, John Nord and Jim Brunzell. Tony Nagurski, son of the great Bronko Nagurski, came down from International Falls, Minnesota. Bronko was Gagne’s hero when Verne was a high school athlete.

Raschke is a former University of Nebraska star who won two AAU national titles and placed third in the World Championships in 1963. Backlund was NCAA Div. II champion for North Dakota State in 1971 and a huge star in the WWF.

Powerful and heartfelt eulogies were given by Gene Okerlund, who got his start in the AWA before moving on to the WWF, and Greg Gagne, Verne’s son and a former pro star himself.

“People today don’t realize how big Verne Gagne was in the 1950s and even up through the 1980s,” said Brad Rheingans, who won eight national titles and made two Olympic teams, before turning pro and wrestling over a decade for Verne’s AWA, along with Raschke. “He did so much for wrestling, in so many ways. He was a great guy and I will miss him very much.”

I first saw him on TV in my living room in Waterloo, Iowa, when I was 10 years old, back in 1953, and then saw him wrestle in person at McElroy Auditorium in Waterloo. He and arch villain Hans Schmidt sold out the arena, with 7,000 fans. I was one of dozens of kids crowded into his corner to get his autograph. My dad told me what a great amateur wrestler Verne was prior to becoming a pro, and he became my very first sports hero — even ahead of such stars as Rocky Marciano and Mickey Mantle.

Later, when my wife Bev and I created the International Wrestling Institute and Museum in Newton, Iowa, I decided to try and bridge the gap between pro and amateur wrestling and have a pro wrestling hall of fame. The criteria for induction was that the pros had to be “real” wrestlers at some point in their careers, and Verne fit the bill perfectly. He was a member of that first class, along with Frank Gotch, Ed “Strangler” Lewis and Lou Thesz.

Verne supported the museum by coming to every golf tournament and pro inductions over the next decade. We spent many hours talking about wrestling history, both amateur and professional, and I learned a great deal from him. I treasure those conversations and will miss him dearly in the years ahead.

And by the way — that autograph I got from Verne Gagne as a 10-year-old kid standing in line, staring up at him in awe in Waterloo, Iowa — it’s here in my den as I am writing this column today.

Thanks for the wonderful memories, Verne Gagne. You were one of a kind!