After years of counting in its ranks superstars such as Santino Marella, Edge, Christian and Trish Stratus, World Wrestling Entertainment welcomes another Toronto-native to its family, Nhooph Al-Areebi.

Fans in Southern Ontario have known about her for a few years, as she worked as Jasmin Areebi, and appeared as a SUNShine Girl in February 2014.

Stratus, a multi-time WWE Women’s champion and a WWE Hall of Famer, was the reason Al-Areebi got into pro wrestling. 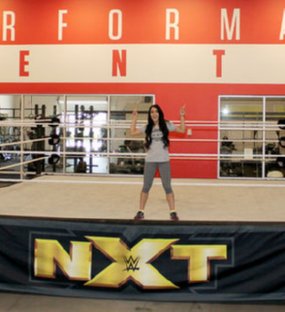 “Trish was my favourite Diva, not only because she’s from Toronto, but because she was awesome in the ring as well. She was a larger-than-life persona. My dream match would definitely be against her,” Al-Areebi told SLAM! Wrestling in a recent interview.

Born on November 23, 1994, Al-Areebi was 10 when she became a pro wrestling fan, in the midst of Trish’s fifth WWE Women’s title reign. Obviously too young to start training, she performed in other athletic fields, such as gymnastics, track and field and she also trained in a circus school for four years.

“I was really athletic growing up and I’m looking forward to bring that side of me to WWE and transfer it into what I need to do to become a WWE Diva,” said the 5-foot-2, 112-pound athlete.

At 16, she finally got her first wrestling lessons, with another Toronto-native, Shantelle Malawski at the Squared Circle Training Centre. Although she was under contract with WWE at one point, the now-retired Malawski is most remembered for her run as Taylor Wilde in TNA.

After a few years of learning the ropes, Al-Areebi started wrestling on the independents, as Jasmin, working for such promotions as Squared Circle Wrestling in Toronto, Absolute Intense Wrestling in Cleveland, and NCW Femmes Fatales in Montreal. 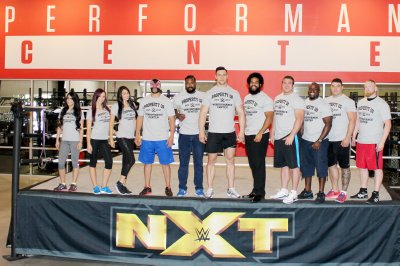 In June of last year, she got a WWE try-out, for which she said she trained real hard for and on April 13, 2015, WWE announced her signing, alongside 10 other individuals, including independent wrestlers Sesugh Uhaa (Uhaa Nation), Jessica McKay (Jessie McKay) and Cassie McIntosh (KC Cassidy).

Even if she had already left her parents’ house to attend college, moving to NXT in Orlando won’t be that easy for the 20-year old.

“It’s always hard to leave family and friends behind,” she admitted.

Still, Al-Areebi feels comfortable moving to the Sunshine State without her family and friends. With the two-year-old Performance Centre that WWE has in Orlando, it allows her to go there with self-confidence from the very beginning.

“I can’t think of any challenge, because we are so taking care of, with all the facilities here at the Performance Centre.”

Fans will be able to see her athleticism as some of her signature moves include a moonsault and an inverted leg drop bulldog into a split-legged pin, that he respectively calls the Arabian night and the Magic Carpet Ride, implying her Arabic descent.

“I’m really excited to be the first Arabic-Canadian Diva, she said. I hope fans are ready, because I’m gonna tear it up!”

And tear it up she might do. Being athletic, having already some experience as a pro wrestler and with her knowledge of Arabic, English and even French languages, Nhooph Al-Areebi has everything WWE and the WWE Universe is looking for in a future international star.