It’s more than a bit of an understatement to declare that Maurice “Mad Dog” Vachon was big in Quebec. He wasn’t just a big name in wrestling in the province; he was a major show-business personality. Vachon was Johnny Carson big but it didn’t happen overnight, nor was his path an easy one.

Montreal-based wrestling historians, Bertrand Hébert and Pat Laprade, have released a French-language biography entitled simply Maurice “Mad Dog” Vachon. It’s an exhaustive examination of the 84 years that Joseph Maurice Régis Vachon spent on this earth but one that doesn’t gloss over the subject’s frailties and shortcomings. The 300-page volume is one that would make any wrestling fan who paid attention in French class glad that they did.

The story begins at the beginning in Ville Emard, a working class district of Montreal, where the young Maurice shows great potential as a youth gang leader, thug and street brawler — not the greatest career path for the son of a Depression-era police officer — and ends with the global news coverage of his passing. 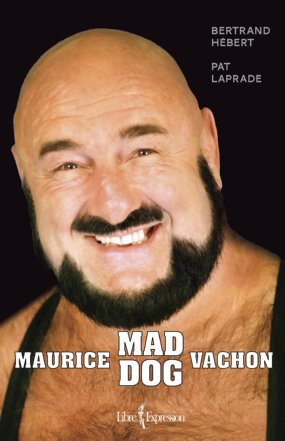 Hébert and Laprade chronicle Vachon’s life, both in the ring and beyond it, from his first visit to the gym where he developed both aptitude and affection for wrestling to his participation in the 1948 Olympics and gold-medal performance in the 1950 British Empire Games.

They follow him into the professional ranks, where Vachon spends decades bouncing from territory to territory, slowly climbing the rungs as he goes from being a matinee idol baby face pulling down as much as $20 a night to the biggest heel in the business, commanding hundreds of times his original rate.

Along the way the authors allow readers to keep tabs on Vachon as he bounces from territory to territory, building his persona and growing his brand as he went from Texas to Minnesota to the Pacific Northwest with frequent attempts to break through in his hometown, something that didn’t happen until he was a good two decades into his career.

The book covers the glory years of Vachon’s career, when he was in demand in every corner of North America and setting attendance and box office records in his native Quebec as well as the years of decline as when his body paid off the mortgage he had taken out on it in the interest of his profession.

It also covers his time as a personality away from the ring in his post-mat years, the business ventures that didn’t pan out, the three potentially fatal car accidents he lived through, with the last one ultimately putting him in a wheelchair for his final years.

There’s a wide a variety of archival sources, including dozens of interviews with members of the very extended Vachon clan, fellow Quebec wrestlers and other men of a more international stature like Hulk Hogan. Roddy Piper, for example, considers Vachon as his father and the prime influence on his career.Laprade and Hébert focus on a number of specific themes in their most recent work, chief among them that Mad Dog helped and promoted numerous men in the early days of their mat careers and that his family was always uppermost in his mind with his native province not too far behind in his affections.

They provide ample evidence to buttress the first theme, much of it coming directly from the mouths of men that Vachon made things a little easier for or to whom he gave advice that paid off in one way or another.

As to the second area of emphasis; Vachon married three times, not necessarily the mark of a good family man. But statements from his son Mike, second wife Nicole, as well as his widow Kathie, who shared the last 30 years of his life, not all of it a picnic, and also penned the epilogue to the book portray the Mad Dog as a concerned father who was as present in his children’s lives as he could be, given the nomadic existence he led as a pro wrestler.

In short, the first serious biography of Maurice “Mad Dog” Vachon meets or exceeds the standard the authors set in their previous work, a history of Montreal wrestling called Mad Dogs, Midgets and Screw Jobs (available in French under the title À la semaine prochaine, si Dieu le veut!) and would be of interest to many Quebecers, wrestling fans or not. It should also appeal to wrestling fans who have a soft spot for the bald, bearded, nasty, undersized, kangaroo-jumping, gravelly-voiced heel.

If they paid attention in French class, that is. 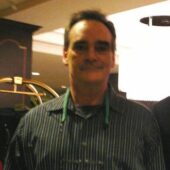