Take a former WWE Creative team member/screenwriter and author, mix with a hyper-realist artist, and add an entrepreneur, along with a slew of big-name sponsors, and you get the much-hyped La Bulla lucha libre card/concert/art show this weekend. Much hyped? How many other “indy” wrestling shows get a billboard?

The event was a long time in the making. 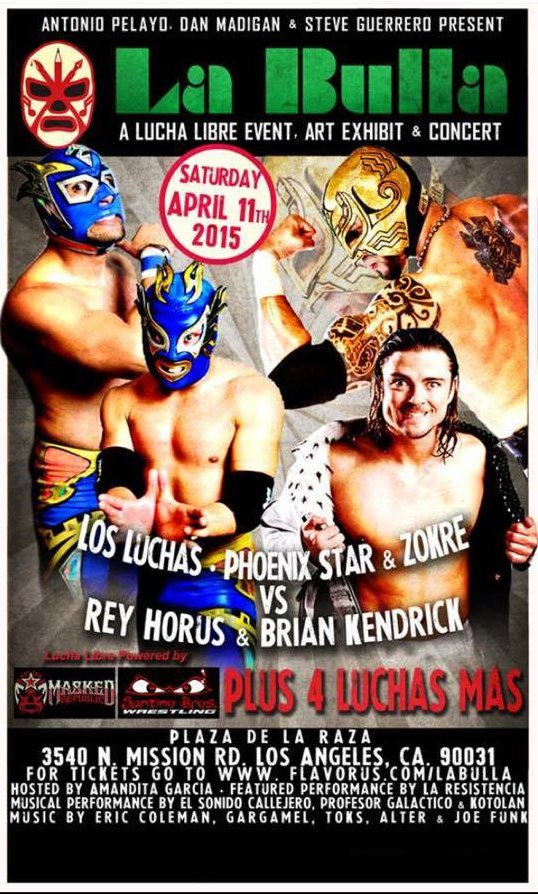 Essentially, La Bulla was created out of a shared passion of wrestling and art from two key partners — Dan Madigan, a former WWE Creative team member, screenwriter (See No Evil) and author (Mondo Lucha A Go-Go), and Antonio Pelayo, an acclaimed artist who specializes in graphite drawings. Madigan and Pelayo realized what they had in common when they first met over 20 years ago as artists for Walt Disney Animation.

Entrepreneur Steve Guerrero helped make it all happen, and was a key part of bringing sponsors Haven Studios, Tito’s Vodka, Jarritos, El Jimador Tequila, and Stella Rosa on board.

Wrestling-wise, there will be four matches with luchadors, starting with a battle royal and finishing with a main event that has former WWE wrestler Brian Kendrick teaming with Rey Horus against Phoenix Star and Zokre. “The whole card is stacked with top lucha talent from around the area,” said Madigan.

From an artistic standpoint, though, Madigan is excited.

Then there’s the music, reminded Madigan. “The art show portion is amazing and the bands playing are fantastic; La Resistencia, El Sonido Callejero, Profesor Galactico and Kotolan are all crowd favorites.” 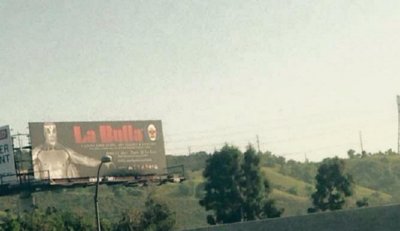 It is a wildly complicated event to put on, and Madigan confesses that he has been tearing his hair out trying to get everything done. But the rewards are evident, including the billboards, spots on AZTECA TV and on several radio stations, including nationwide on KPFK. There has already been talk of partnerships for next year.

“The excitement and buzz that La Bulla is generating is truly amazing.” said Madigan. “and lots of our credit goes to our good friend Kevin Klienrock and the team of Masked Republic that has gone above and beyond for us on this venture. Radio stations, television stations, newspapers, magazines, podcasts… everyone has reached out and everyone is excited to be part of it.” 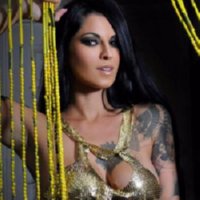 To top it all off, the co-hosts are worth noting too: actor and comedian Aurelio Miguel Bocanegra and beautiful print model Amanda Garcia.

“We see La Bulla as an all-inclusive, ever-growing event that brings together the fans of lucha libre, art and music,” concluded Madigan — though it is a 21-and-over event. “What unites the fans of these art forms is the shared passion we all have for them. It becomes infectious and fun when all three are mixed together.”

La Bulla tickets are on sale now at flavorus.com, or at the box office the night of the show.