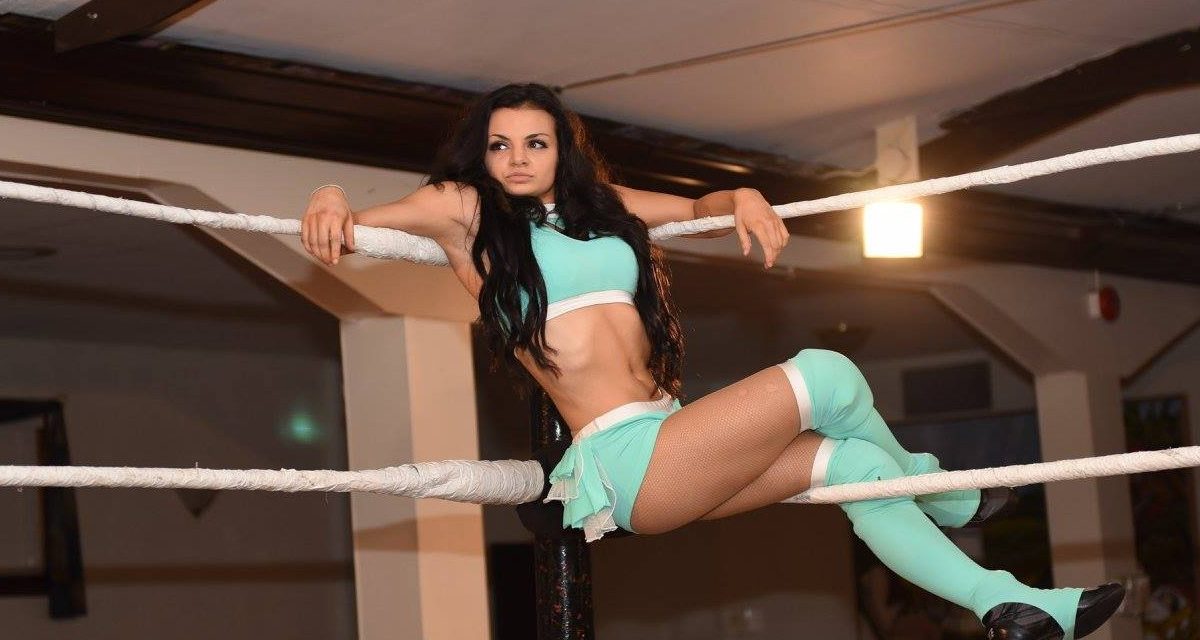 The Toronto-based wrestler was featured in the newspaper on Tuesday, and her write-up beside the photo reads: “SUNshine Girl Alexia is a professional wrestler who lists the ‘Bridging Indian Deathlock’ as one of her signature holds. When she’s not pinning her opponents to the mat, Alexia likes relaxing at home and dreams of owning a Corvette.”

The shoot, with veteran Toronto Sun photographer Stan Behal, came about pretty quickly. She sent off an email and heard back fast.

“I didn’t know if I could do it, because I don’t feel like I’m photogenic at all,” Alexia told SLAM! Wrestling. “When people want to take pictures of me, I get kind of nervous. But it felt great, it felt comfortable, I had fun. It was amazing.”

“Everyone seems to love them so far!”

Her training at the Squared Circle training facility in Toronto began in 2011, and she began competing in 2013.

“I wasn’t sure what to expect. It was hard, I’m not going to lie and say it was easy,” she said. “I didn’t think I’d be good at it, and just all the training and everything they put me through, everything they helped with really made me better and helped me get to where I am.”

Though she works regularly on shows around Ontario — this Saturday, October 25 at PWA in Kitchener against Skylar Rose to determine the number one contender for PWA’s women’s title, and November 9th for a Squared Circle show — Alexia knows there is more she can improve on.

“I can definitely work on my personality a bit more. I get shy in front of crowds sometimes,” she said. “But from where I started to where I am now, there’s a huge difference. There’s no way I could get here without all the help from everyone at Squared.”

Getting special props is her BFF, Jasmin Areebi, who trains with her and was a SUNShine Girl herself in February of this year.

“Jasmin, we started training together, we train together all the time, she’s one of my closest friends, and we help each other out 24/7,” said Alexia. “It’s great. She is my favourite person.”

When Greg Oliver worked at the Toronto Sun MANY moons ago, one of his jobs when he worked on the Features Desk was to select the SUNShine Boy for the next day from a folder of shots from the photographers. Up to you whether you think being the Producer of SLAM! Wrestling is a step up or down from there. Greg can be emailed at [email protected], and you can follow him on Twitter @gregmep.