A descent into the Abyss for One Night Only

Christopher J. Parks is a man of many faces whenever he steps into an arena. A TNA mainstay ever since the start of the company in 2002, Parks is most known for his portrayal of “The Monster” Abyss, one of the darkest characters in professional wrestling. However, Parks also showed some variety over the past year as Joseph Park, the lawyer brother/alter-ego of Abyss. 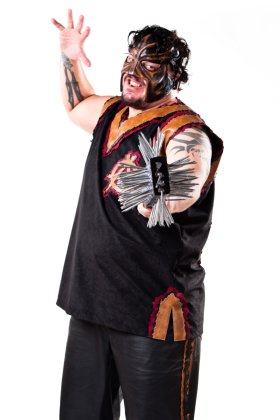 No matter the mask or the face Parks happens to be dawning, everyone can expect entertainment once he steps between the ropes. His variety of characters and hardcore, hard-hitting style in the ring have been consistent throughout his little more than a decade run in TNA. Prior to the TNA One Night Only: Global IMPACT Japan pay-per-view, which airs on Friday, July 4th, Parks discussed his hardcore match with Wrestle-1 wrestler and Japanese puroresu legend Yoshihiro Takayama, his career, and all things TNA.

The Wrestle-1 and TNA partnership has been one of the many signs of a sort of rebirth in TNA. With a shift focusing on lesser-utilized talent and younger wrestlers being brought in, TNA has attempted to go in a different direction. As a TNA “original,” Parks described what the state of the company looks like through his eyes. “I would describe it as an exciting time. We just got done creating a round of television in New York. I think we are really on a roll lately and I think things are really starting to settle in,” Parks stated. “I really think we are settling down and discovering our niche. Things are really positive right now.”

When asked about who Abyss would like to face at Bound for Glory in Japan, Parks listed a few bigger names of note. While TNA legend Bully Ray was one option Parks enthusiastically listed, the idea of the future of TNA again came into play as Parks mentioned some of the younger talent that he’d like to work with. “This talent is so incredible,” Parks said with praise. “The Ethan Carters of the world, Bram, Magnus, The BroMans…I haven’t had a chance to work with a lot of these guys. They’re so incredible and there’s so much potential in all of them.”

However, not all change is new and TNA is notably going back to one of their old traditions as part of this reset within the company. The six-sided ring has been a hot topic among fans of the company and workers in it alike. For Parks, the change is one he has no problem reverting to. “I really like it. The six-sided ring was a part of our history and I’ve had a lot of great matches in it, so I’m partial to it. I think it separates us. I think it makes us a little different from our competition,” Parks responded.

While most know him as “The Monster” Abyss, Parks found some acclaim with wrestling critics when Abyss had a bit of a personality crisis and spawned a “brother” alter-ego known as Joseph Park. Park was a lawyer looking for his brother (“you know, my brother, Abyss?”) who haphazardly bumbled his way into a wrestling ring. For Parks, the character was a vast departure from the sinister monster type he is often associated with. Parks spoke about the character with pride; “I was nervous because I had never done a character like that. I’m really so proud of that character. A lot of thought was put into that by a lot of people. I love the character. I thought Joseph Park was an everybody kind of game. I couldn’t have been happier with how it came out.” 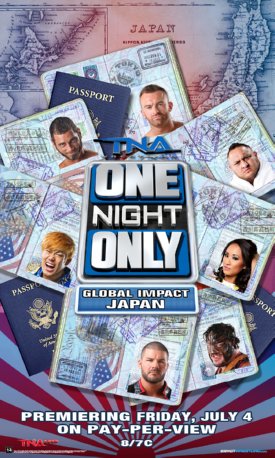 Though the future looks bright and the past is looked upon fondly for Parks, what lies at the TNA One Night Only: Global IMPACT Japan show was nothing to smile about. At the show, Parks faced the giant puroresu and mixed martial arts veteran, Yoshihiro Takayama. Known to be a bit of a glutton for punishment, Takayama proved to be as much of a challenge mentally to prepare for as he was physically. “I’d never wrestled Takayama before. I’d seen video of him. He’s an intense guy. He’s a brawler. He’s a fighter. He’s a hardcore specialist. Going in, I was a little wary,” Parks candidly spoke. “The guy is tough. He’s big. He’s practically as big as I am. He’s not afraid to mix it up and get after it. I remember turning on video of him of years past to see his fight with Don Frye and I was just amazed at the level of physicality in it. So much respect to him and I enjoyed locking horns with him.”

In closing, the special part of this pay-per-view is the locale. Partnering with Wrestle-1, TNA One Night Only: Global IMPACT Japan provides a different experience. With a different style of wrestling in a different part of the world, the event will surely offer unique blends and clashes of style. Parks summed it up on what a unique experience the show could offer a viewer. “It’s a huge honour. We’re going back for Bound for Glory, which I think is incredible. For me personally to go there, it’s a huge honour. The Japanese culture of wrestling is storied. It has unbelievable tradition. To see the different presentation of the sport around the world is something that always impresses me and I love learning. The Japanese fanbase is incredible,” Parks remarked. “It’s a big deal. It’s a big thing.”