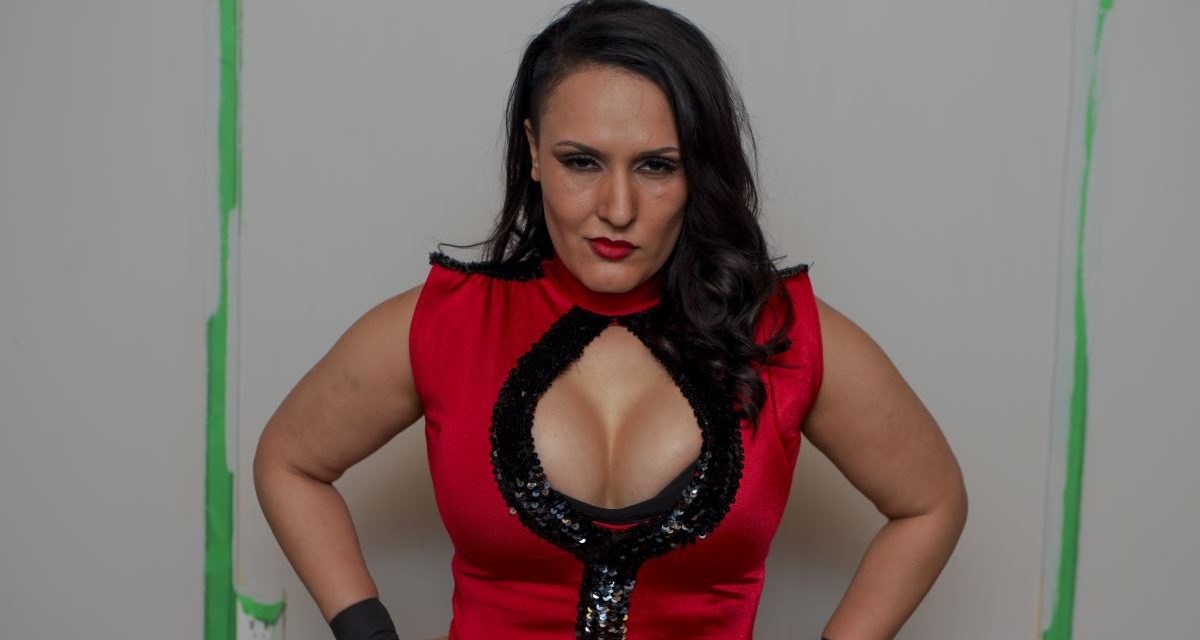 LAS VEGAS – Melissa Anderson is among the very best female wrestlers out there. She has worked in Japan, in Europe, in Mexico and pretty much everywhere in Canada and in the U.S. She wrestled for TNA, had a try-out with WWE, is a staple for SHIMMER, and was named the best female wrestler in 2013 by Pro Wrestling Illustrated. In 2004 she received the Future Legend Award at the Cauliflower Alley Club. Now, 10 years later, she will be presented with the active women’s award.

“I am satisfied with how my career has been in the past years,” said Anderson, better known as Cheerleader Melissa. “I don’t regret anything. I enjoyed the last 10 years. I didn’t know where wrestling was going to take me and I’m very satisfied with where it brought me so far.”

Being honoured by the Cauliflower Alley Club, where she has been heavily involved, is even more special to her. Her father, wrestler Doug Anderson, introduced her to the CAC.

“It was something my Dad and I did together, since I was 15 years old. It gives back to the legends who have paved the path for the younger wrestlers of today,” she said. “I come here and I want to raise a lot of money for the club, because it’s a good cause and it gives back to the business. People need to understand what the CAC really does for us. So I will be a supporter of the Cauliflower for the rest of my life.”

The Cauliflower Alley Club has been around since 1965, a fraternal organization that at first attempted to marry up the world of retired professional wrestlers, boxers and movie stars. It has since morphed into an alumni association of sorts for professional wrestling, with a benevolent fund to help down and out grapplers, and contributing funds to everything from wrestling scholarships to the Professional Wrestling Hall of Fame in Amsterdam, NY. Its annual reunion is going on now at the Gold Coast Hotel and Casino in Las Vegas.

Even if she’s recognized as one of the best female wrestlers, getting this award never crossed Anderson’s mind. “It was unexpected! I have so much respect for the Cauliflower Alley that for them to go out of their way and recognize me is very flattering and I’m very humbled.”

Anderson, 31, started in the business managing the Ballard Brothers in California, a pair of hockey players who needed a cheerleader to add colour to their act. She didn’t think the gimmick would last long.

“I thought it would be for a short period of time. When I went to Japan in 2002 and got all my training, when I came back, the first thing I did was to drop the Cheerleader gimmick and built myself just as Melissa,” she recalled. “I realized very quickly that in the field of sports entertainment, that just the name Melissa wasn’t marketable at all, not catchy and not getting people’s attention at all. So I had to suck it up and dig out my skirt again and go ‘Damn!’, because I really thought it would only be a phase and it sure backfired at me.”

After a while, she moved from valet to wrestler, something that didn’t surprise her father.

“She grew up in the business. At a very young age, she was already travelling with me,” said Doug Anderson. “So when she started to get involved herself in the business, I expected it. She was one of four girls in high school doing amateur wrestling and she was beating up the boys too!”

Melissa fondly remembers her first steps in the ring. 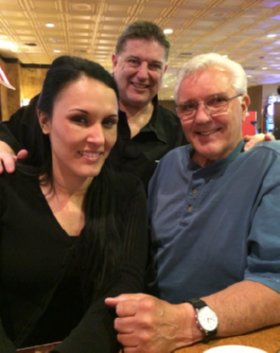 “My first match was something special for me because it was on my 17th birthday and it was in Douglas — my father’s name — Wyoming.”

Although he wasn’t there to witness her daughter’s pro wrestling debut, he saw her train under the guidance her “uncle” Billy’s school. William Laster, better known as “Flying” Billy Anderson, the gimmick brother of Doug, is a former wrestler and ring announcer who opened up a wrestling school in California in 1984. Along with Red Bastien, he helped start in the business the likes of Ultimate Warrior, Sting, Louie Spicoli, Frankie Kazarian, Rocky Romero and many others.

Actually, Melissa’s father only saw her live in action for the very first time in 2001, two years after her debut, for promoter Roland Alexander.

“I was impressed. She was doing pretty gutsy stuff that I would’ve never done,” he remembered.

Melissa’s career came to a high point when she got hired by TNA, working as Raisha Saeed, manager to Awesome Kong, and also as Alyssa Flash, a offshoot version of the cheerleading gimmick.

“TNA was probably the funniest time in my career,” she said. “I had to work with some great talent, worked as a character. I would do Raisha Saeed in a heartbeat if I could.”

It was a time where TNA was known to have great female talent, who were booked in competitive, exciting ways. That was due to Dutch Mantell (WWE’s Zeb Colter), who was writing the storylines for the Knockouts back then.

“Dutch Mantell has a very good eye for talent,” said Melissa Anderson. “He’s very creative. He saw something special with the Knockouts at the time and he was putting the matches together. It was a big success and we owe that to Dutch. He was very involved with my character too.”

As the story goes, during the Muhammad Hassan days with the WWE, the creative team there wanted to have an Arabic group, not just one guy. It was supposed to be a wrestler, a manager, and a female character.

“I was approached by WWE to be that female character,” she said. “But they changed their mind and it ended up being only one wrestler and one manager. But with that information being known out there, that got back to Dutch and it fit the image that he wanted to create with Raisha Saeed so that’s when the ball started rolling.”

After TNA and WWE didn’t work out for her, she came back to the one promotion that always believed in her: SHIMMER.

“SHIMMER is very important for my career, but mostly SHIMMER is important for the world of female wrestling,” stressed Cheerleader Melissa. “For me especially, it gave me the opportunity of being the best wrestler that I can possibly be and to work with other top talent that I would’ve never ever normally got to work with under normal circumstances. SHIMMER also helped the development of Cheerleader Melissa, especially character-wise. So I do owe a lot of my career to SHIMMER.”

In 2013, she became the only two-time SHIMMER champion, defeating Saraya Knight in a rough steel cage battle during Wrestlemania weekend. That same year, she was named female wrestler of the year by Pro Wrestling Illustrated.

PWI‘s senior writer Dan Murphy is responsible for compiling this list and will have the honour to present Melissa with her award at the CAC’s banquet on Wednesday evening.

“When Melissa was injured at SHIMMER last year, Allison Danger came to me and said, ‘You’re her friend. Can you take her to the hospital and make sure she’s OK?'” recalled Murphy. “That meant a lot to me; the fact that Melissa saw me as a friend, and not just a writer or acquaintance. I respect her as a person, and as one of the finest active wrestlers in the game today, and it will be an honour to present her with the award at CAC.”

Looking back at her career, her father is quite pleased by his daughter’s successes, even if she has far outshone his own career.

“She’s done more than I ever came close of doing,” said Doug Anderson. “She’s more talented than I was and more gutsy than I was. The wrestler in me is a little bit envious, but the daddy is really proud.”

For Melissa, the whole experience will be very special, but the fact her father is here this week is even more important.

Being groomed as a future legend can be a lot of pressure on someone, but it’s something Melissa handled very well. The proof is that 10 years later, she’s now being recognized for her whole career.

“I’m being nominated for women’s active wrestler now, which is kind of scary to me because the next thing after that is probably the women’s retired award and I’m not looking forward for that. Who knows? It might be 10 years from now!”

The past 12 months have been so great to her, what can fans expect from her for the next dozen?

“Well I wasn’t expecting all that last year. So I expect the unexpected! But I really don’t know how it could get better than now. I really am having the time of my life!”