It would be wrong to remember Lee Marshall, who died earlier this week, just from his time in WCW, often playing the buffoon at Nitro parties across the United States. He was a well-known radio voice, and wrestling-wise, he was an important announcer in the AWA, and before that, was the WWF’s ring announcer on the West Coast. 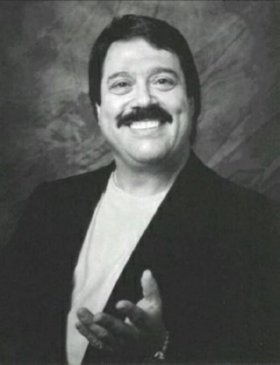 In case that doesn’t ring any bells, it’s the catchphrase for Tony the Tiger, the mascot for Kellogg’s Frosted Flakes cereal. Marshall, with his deep, booming voice, gave life to Tony the Tiger, succeeding Thurl Ravenscroft when Ravenscroft died in 2005.

“Some call his the ‘voice of God,’ with an amazing bass depth that would make a subwoofer rumble,” wrote Richard Wagoner in a tribute at the Long Beach Press Telegram.

Growing up in California, Marshall was a fan of radio, especially Gary Owens and Wolfman Jack. Before he landed a radio job as a high school sophomore, Marshall actually appeared on an episode of Kids Say the Darndest Things.

“I always aspired to it, I was always fascinated by it. Been real fortunate in my radio career,” Marshall recalled on a 2013 interview with Shawn Slawson.

After stops at stations in Phoenix and CKLW in Windsor, Ontario, Marshall arrived full-time on the airwaves of Los Angeles in 1970. Like many deejays, there’s a long list of stations and call letters associated with Marshall, including Los Angeles broadcasters KABC, KBLA, KHJ and KGFJ (now KYPA). He also spent time on.

“He would announce all the WWF house shows in Southern California,” wrote wrestler Michelle Starr on his Facebook page. Starr grew up in Los Angeles as Mark Vellios. “I got to sit ringside many nights with him either as timekeeper or taking jackets.”

Marshall was also the ring announcer for the Los Angeles portion of WrestleMania 2, which also took place in New York City and Chicago. WWE.com reported in its obituary on Marshall that that was his only WWE appearance.

Doors open and close as changes take place in any industry, and wrestling was no different.

“Big” Bill Anderson had finished his wrestling days and was established as a trainer when he got a break because Marshall accepted Verne Gagne’s invitation to become an announcer for the AWA.

“He was my mentor and role model as a ring announcer for the WWF, a job I acquired because Lee left to work for the AWA,” Anderson wrote on his Facebook page. “He was always a class act and a gentleman.”

In Minneapolis, announcer Mick Karch was essentially pushed aside by Marshall’s arrival in town. “I didn’t work directly with him at the AWA, and as a matter of fact, he is the one that Verne called to replace me when I couldn’t make a TV taping in North Dakota back in 1988,” Karch recalled in a Facebook post. “He essentially was hired by the AWA on a permanent basis after that.”

With the AWA, Marshall was asked to call the matches, and worked with colour commentators such as Eric Bischoff, Verne Gagne, Greg Gagne and Ray Stevens.

The AWA fell on hard times and eventually closed down. Marshall always had radio to fall back on.

But his friendship with Bischoff paid off when Bischoff took over World Championship Wrestling, and brought Marshall in as a play-by-play man. 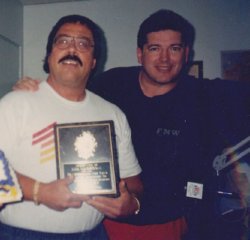 “Sorry to hear about the passing of Lee Marshall. Lee was there when I got my start (and still called me Choir Boy when we spoke last),” wrote Bischoff on Twitter. “Lee was a good man, a pro’s pro, and a GGGRREEAATT! announcer. Tony the Tiger will never sound as good.”

In his first book, Bobby The Brain, Bobby Heenan compared Marshall to other announcers that he sat alongside.

“Lee Marshall was hard to work with because he wouldn’t come back on me like [Gorilla] Monsoon did,” Heenan wrote. “What he didn’t understand was that I’m six feet, 230 pounds, and a sneaky coward, and I used to wrestle. Monsoon used to wrestle and he was bigger than me. So, I was playing the coward and I had to back down from him. Marshall was just a dumpy-looking announcer. I couldn’t be afraid of him and couldn’t act that way.”

Heenan and Marshall would also be partners on the broadcast of the one and only WOW Unleashed pay-per-view for the Women of Wrestling promotion in February 2001, out of the Great Western Forum.

But many fans remember Marshall most for being the face of the Nitro Parties. WCW was a very hot promotion, and various establishments, from colleges to bars, through Nitro parties and it was Marshall’s job to report in to Nitro during the broadcast. Though the situations were often comical, the segments got over the idea that WCW was something that was worth watching, and that it was even more fun with your friends.

With WCW’s sale to the WWE in 2001, Marshall faded from the wrestling spotlight, working in radio once again; in all, he spent 45 years on the air.

The family requests that donations be made in his name to the Jennifer Diamond Cancer Foundation at jenniferdiamondfoundation.org, and suggests that anyone who has a history of acid-reflux and smoking get screened regularly for esophageal cancer.