Mat Matters: The Streak was about Mark Calaway’s legacy 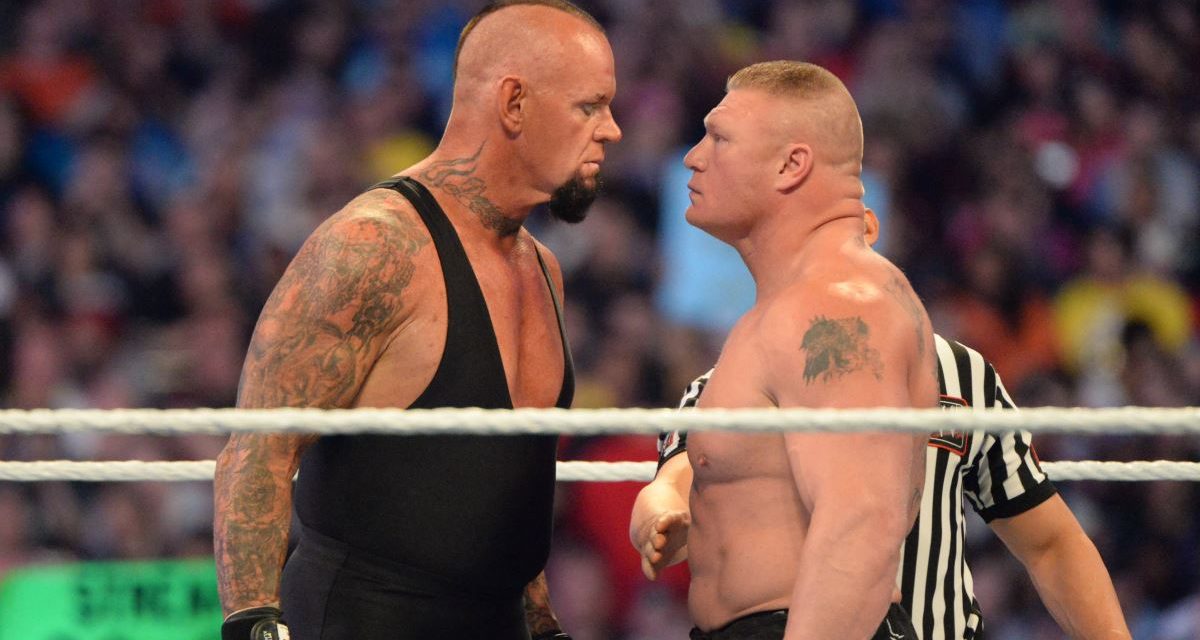 In three seconds, a 21-year legacy was gone.

Besides perhaps the infamous Montreal Screw Job or Hulk Hogan joining the now at Bash at the Beach in 1996, last night’s conclusion to the Undertaker versus Brock Lesnar match at WrestleMania 30 will go down in history as perhaps the most surprising finish ever to a wrestling bout, ever.

The looks on the faces of those in attendance said it all. The silence and confusion told the story better than any commentator could.

When the three count was slapped, fans were hoping it was mistake or perhaps a miscue: that the referee meant to count two instead of three; that due to some rule violation, the match would continue, somehow, some way.

The familiar ferocious refrain of Brock Lesnar’s music and the official announcement were the nails in the coffin of The Streak. 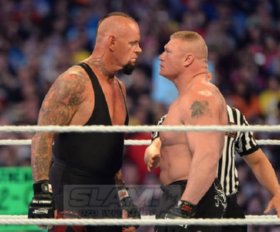 The Undertaker and Brock Lesnar during their bout Sunday night. Photo by Mike Mastrandrea

For those on the outside looking in, the outrage and dismay displayed by many fans was mind-boggling.

How can people get so upset by scripted entertainment?

How can anyone take a fabricated legacy so darn seriously?

What they don’t understand is that’s not what it is all about.

It isn’t about The Undertaker.

It is about Mark Calaway.

It is about the respect he earned the old fashioned way, by working hard and working well for 30 years.

Many thought, myself included, that the respectful thing for the WWE to do would be to allow The Undertaker to retire with his Streak intact, even if he wished the contrary. That The Streak would serve as a testament to a storied career and more importantly, a reminder of what The Undertaker, in his many personae, has meant to pro wrestling.

Sadly, for whatever reason, that won’t be the case.

Further complicating things is the timing. It is the salt in the wounds. No disrespect to Brock Lesnar. Ever since I saw him in an exhibition match at Fan Axxess in Toronto during WrestleMania 18, I knew he was destined for great things. He had it all back then and still has it now: the look, the natural ability and a solid background. He has proven that in a real ring, under real rules, facing real monsters, he is a legit threat and an uncompromising competitor. 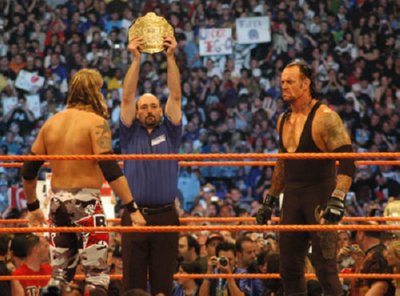 Edge against The Undertaker was the main event at WrestleMania 24. Photo by Mike Mastrandrea

Despite all of that, Brock Lesnar is not a Ric Flair, a Shawn Michaels or a Triple H; not yet anyways and at present, he isn’t even a full-time member of the WWE roster who would benefit from being the one who ended The Streak. After all the hype, after all the years the angle was built up, having Lesnar be the one to end it all doesn’t seem right.

Compared to many of The Undertaker’s WrestleMania Streak matches, last night’s fell far short. There were not enough high spots. The match was too methodical. The story told was pretty lackluster until the dying moments. As first and foremost a wrestling fan, it was disappointing for me to see The Streak go out on such a low note after all these years and after so many memorable WrestleMania performances by The Undertaker.

It just feels that he deserved better than that.

In the end, The Streak is just one part of Mark Calaway’s illustrious career. It doesn’t define The Undertaker or his legacy in the squared circle. It is just a shame that the WWE, the company who convinced fans to say their prayers and take their vitamins, assured them that a beer-guzzling employee would never get fired for publicly flipping off their boss and that an elbow drop was the “most electrifying move in sports entertainment,” couldn’t find a better way to give the Deadman his due.