Zoos have a hold on Kevin Steen

Kevin Steen is a tough man in the wrestling ring. He is not known for his winning smile or pandering to the fans. By contrast, he is also Mr. Zoo, and almost cute and cuddly when talking about animals.

Ever since Colt Cabana exposed to the wrestling community Steen’s love of zoos, on episode 50 of The Art of Wrestling podcast, he has been receiving a lot of attention. 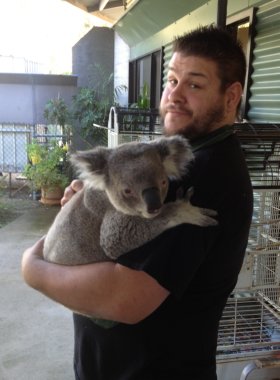 The 29-year-old Steen is not sure where or when his fascination with zoos began.

“I’ve had pets since I was very small,” Steen told SLAM! Wrestling. “I have had cats for 27 years and in my house right now we have three cats, one dog and a toad.”

His wife loves animals and his son likes going to the zoo as well. Steen has a routine when he visits a zoo. When it opens he must be ready at the gate. Then he insists on going through the exhibits as many times as possible because he might miss something or he could witness a special moment.

“After six hours they (his family) had enough at the Toronto Zoo,” said Steen. “They sat down at a bench, had something to eat and I went back for another hour.”

Cabana has accompanied Steen on some trips to the zoo. “Kevin had always told me of his zoo adventures, but until we went together, I never really realized what a bizarre obsession it was,” related Cabana. “He just seemed to be enthralled by any and all animals. He just wanted to look at them forever. Most of the time they didn’t do much, but he seemed to find purpose and entertainment in everything that they did.” 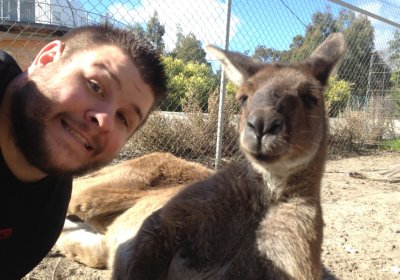 Forget Ellen’s photo from the Oscars, THIS should be the most re-Tweeted photo in history — a kangaroo taking a selfie!

When asked what he looks for in a positive zoo experience he had a unique answer. “Some people need a lot of animals,” explained Steen. “I just need to be close to the animals. I like animal proximity.”

Being close to animals is special to Steen. He accepted a booking in Perth, Australia not because his buddy Cabana was on the tour, but because he wanted to hold a koala. “When I went through customs they asked me why I was there and I said ‘To hold a koala.’ They seemed alright with that,” said Steen.

When you are passionate about something, you want to immerse yourself in it as much as possible. On Steen’s trip to Perth the promoter had set up a trip for him and Cabana to go to the local zoo at 1 p.m. on a Saturday. Steen looked up the zoo’s operating hours on-line and saw that it opened at nine. Not wanting to miss anything and wishing to gain a new experience, Steen left the hotel early that morning, took a ferry and arrived at the gates for its opening.

Not every experience at the zoo has been a positive one for the Marieville, Quebec grappler. At Parc Safari, in Hemmingford, Quebec, he encountered a rough situation. The zoo has a portion where you drive your car through various sections of large, savannah like enclosures and you can sometimes feed the animals from your vehicle. 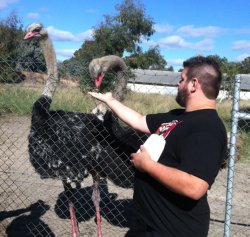 Kevin Steen contemplates the scrawny neck of the noble ostrich, not unlike El Generico’s scrawny neck.

“I like the bison,” said Steen. “We drove through a herd of bison. I fed them the snacks we brought for them and they looked at me like ‘Is that all?’ They wouldn’t move.” Steen and his family were stuck for 20 minutes. “There weren’t any employees around. It was a very stressful situation. I had to slowly nudge them out of the way. They looked angry like the wanted to gore the car. I love them, but that scared me.”

Each summer you read about some guy who would try to see a baseball game at each of the Major League Baseball stadiums. Steen is the zoo equivalent with his zoo road trips. As a side bonus to wrestling, Steen has been to zoos across North America, Europe, Asia and Australia.

When asked to provide a list of his favourite zoos from his extensive travels the 5-foot-11, 250-pound Steen provided an interesting list.

Jungle Cat World (junglecatworld.com)is a family owned wildlife park in rural Ontario, east of Toronto. They feature a variety of big cats that, as Kevin Steen requires, are in close proximity to the patrons.

“I like that little zoo in Orono,” said Steen with enthusiasm. “It just feels like the animals are so close that they will bust out of their cages. My wife got to pet a baby tiger and loved it. I got to talk to the keepers as well.” When asked if he planned on returning he pointed out that Ring of Honor has shows in Toronto during May and that he would like to check out his favourite animal emporium. 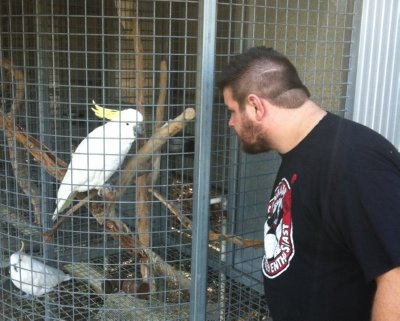 Christa R. Klose, Director of Jungle Cat World was pleased to here that Steen loves her park. “We feel honoured to have you mention us as your favourite Zoo,” gushed Klose. “Although, we are a small Zoological Institution, our precious creatures are in beautiful shape and very happy, which you can clearly see, when you visit here. Most of the animals have been hand raised with love, to give them the most possible upbringing.” Klose explained that there are daily public feedings, night time tours, and that the keepers are excited to talk about the animals they care for.

Steen received an even bigger surprise when Jungle Cat World presented him with a gift certificate for his family to spend the evening at the park in their lodge.

Not only has he received invitations from a zoo in his home country, but the Taronga Zoo (taronga.org.au/taronga-zoo) in Sydney, Australia, contacted him as well. Upon hearing of his fondness for zoos they extended an invitation to visit when he comes to town. Steen received the personal invitation just after competing in a three-way match with Pepper Parks and Colin Delany for Empire State Wrestling in North Tonawanda, New York. “I will have to get a booking in Sydney,” said Steen with a smile.

Cabana related an experience he had as a result of Steen’s obsession. “I once met a gentleman in O’Hare International Airport who stopped me and told me he loved my show and he had worked at Brookfield Zoo in Chicago for a couple decades.” Cabana said, continuing. “He told me how much he loved the episode with Kevin and wanted to reach out to him but wasn’t sure if he should. Kevin is so great with his fans that I put the two together, and he ended up sending a bunch of fun zoo stuff to Kevin which I know he loved. If it takes the love of zoos to connect with your fans, then that’s great.” 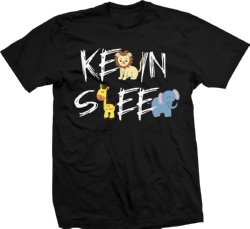 Kevin Steen the wrestler is a fierce competitor. Kevin Steen the man is a caring, happy guy who loves to share his passion for animals and zoos with the world. He has ridden an elephant with his son, cuddled a koala, petted a tiger and now that Jungle Cat World knows about their number one fan who knows what neat experiences he will have next?In recent months Steen has started to produce a line of wrestling t-shirts based on his love of zoos and pandas. The cute and cuddly themed shirts seem such a contrast to the wrestling machine that is Steen and thus, have been a hit with the fans.