On stage, Foley a master of storytelling 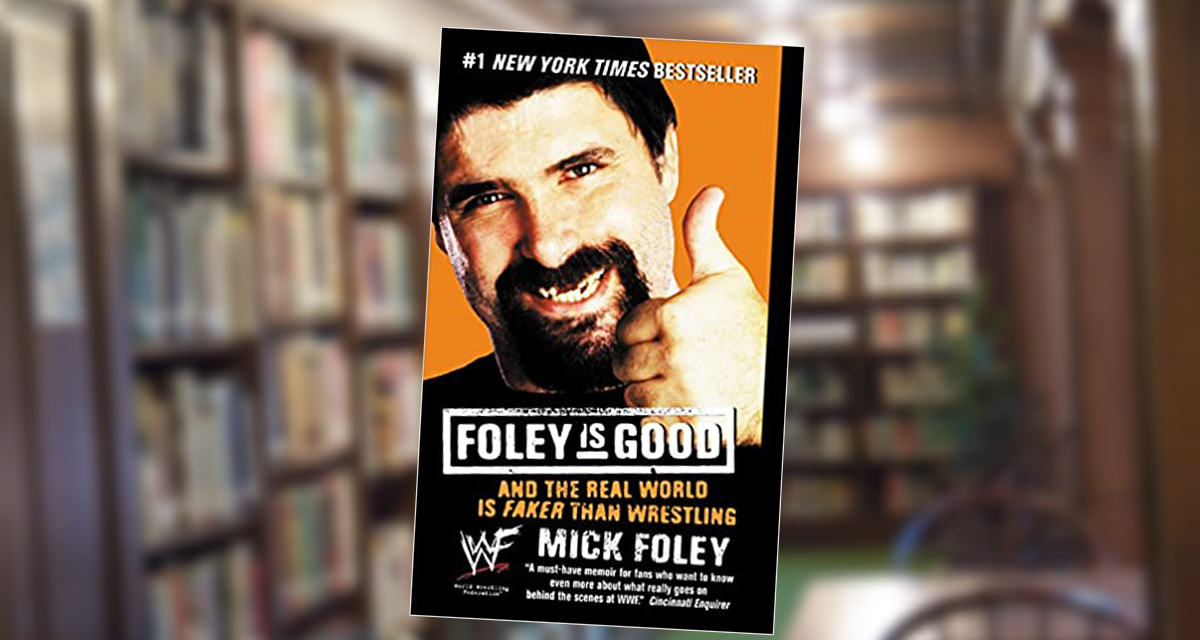 NEW WESTMINSTER, BC – Evidenced by his string of best-selling autobiographies and other literary works, it’s clear that the ‘Hardcore Legend’ Mick Foley knows how to tell a good story. Now, the man who may be better known by alter egos including Mankind, Cactus Jack, or Dude Love, is taking his storytelling to the stand-up comedy stage.

Foley is appearing at Lafflines Comedy Club in New Westminster, B.C., Feb. 13 through Feb. 15 for five shows, as part of the Northwest Comedy Fest.

His one-man performance is titled “Tales From Wrestling Past” and takes audience members through Foley’s three-decade long career in and around the ring. 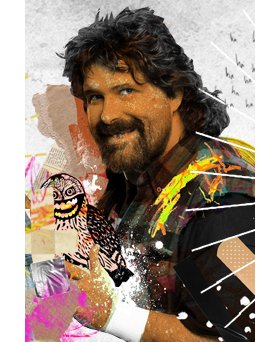 Stories included the Hell in a Cell match versus The Undertaker at King of the Ring 1998 that featured Foley being tossed off the top of the cell through the announcer’s table below, as well as being chokeslammed through the cage roof, launching him to another plateau as a grappler who was willing to put his body on the line for fan satisfaction and adoration.

Foley also touched on his induction into the WWE Hall of Fame and his favourite story from the road, teaming up with the future ‘Stone Cold’ Steve Austin to torment Diamond Dallas Page into changing his rooming partners, circa WCW 1992. Jason Sensation, who made a name for himself impersonating WWE characters in the late 90’s even appeared, playing the parts of both Austin and Page.

The former three-time WWE World Champion also answered a few questions from the audience, touching on subjects such as how he feels about the current WWE product (hint: he wishes the likes of CM Punk, Daniel Bryan, and Dolph Ziggler received the kudos they deserve); his WrestleMania moment being speared by Edge through a flaming table; spots he wanted to do, but never got the chance; and whether he will ever wrestle again (sadly, the answer is no).

Equal parts intelligent, charming, and hilarious, Foley came across much like he did in his book releases and a far cry from the characters he played on TV… except perhaps Dude Love!

While many are familiar with Foley’s stories through his books, hearing the man tell them himself, in his voice and with the freedom to add emotion and a physicality to the tale, is better than any book-on-tape recording could ever be.

Foley has been performing at comedy clubs since August 2009 and in front of a crowd largely made up of wrestling fans – meaning 99 per cent 30-something men and one per cent the girlfriends and wives those men dragged along to the show – said he greatly enjoys his work as a stand-up comic, performing in front of more intimate audiences compared to the thousands of rabid mat fans he worked before as a professional grappler.

A classic Foley cheap pop and taking a couple pot shots at Al Snow were also included, inspiring numerous chants of “Foley, Foley” to break out throughout the club. It was like a mix of wrestling and comedy show all at the same time.

Unlike many of his comedian colleagues, Foley only dropped one F-bomb throughout his entire show and it was as perfectly timed as a Cactus Jack elbow drop off the ring apron.

For more information on the Northwest Comedy Fest, featuring headliners like Dave Foley of Kids in the Hall fame and Peewee Herman, go to northwestcomedyfest.com.

Daniel Wilson is still surprised Mick Foley came to B.C. to perform his act, but is thrilled he got to see it and fully recommends anyone else out there see his show, should the opportunity ever present itself.