Scaling cables to reach a coveted gold belt isn’t a normal weekend activity for most individuals, let alone wrestlers in TNA, but five of the company’s brightest stars – including Austin Aries – will indeed attempt this unique feat of athleticism to grab the coveted X-Division Championship Sunday at Bound For Glory.

Aries, already a victor in a previous Ultimate X match, admits the bout is not his favourite, but he’s looking forward to the chance to once again be X champ which could punch his ticket back to the TNA Heavyweight Championship. 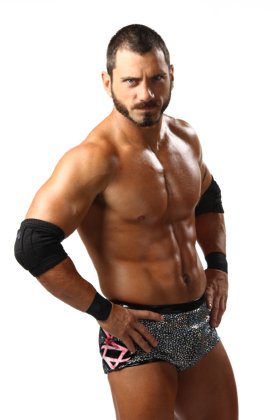 “It’s not necessarily my cup of tea, so to speak, but you go out there and it’s very unpredictable,” Aries told SLAM! Wrestling.

This group may be among the most varied in TNA’s history. Aries, Samoa Joe, Chris Sabin and Jeff Hardy are all former TNA Heavyweight Champions, while the current X-Division title holder Manik joins the crew for what will be a mix of combat forms on Sunday.

“There are five guys in this match who bring something different to the table,” Aries says. “Different styles, different experience levels that will create an atmosphere of unpredictability.”

Preparation for such an endeavour is almost impossible, but Aries, a veteran of two stints in TNA, has a bit of experience outside the aforementioned previous Destination X match when it comes to scaling cables.

“I climbed a mountain with Chris Sabin,” he says. “We were Spiderman-like a few times because it was a pretty steep ascent.”

Otherwise, Aries, a noted vegetarian remarks that he’s attempted to shed a few pounds in advance of the bout that will require an immense amount of personal strength. 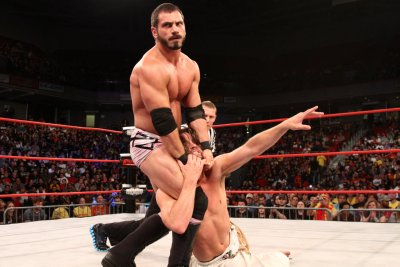 But the biggest thing Aries will be doing as the hours tick down to Bound for Glory is strategizing, and it is here that he’s already ahead of the game.

“I hope the other guys take the big chances and when they don’t pay off and they’re laying there in a heap, I want to cash in.”