Olympic wrestling’s lifeline is good for the pros too 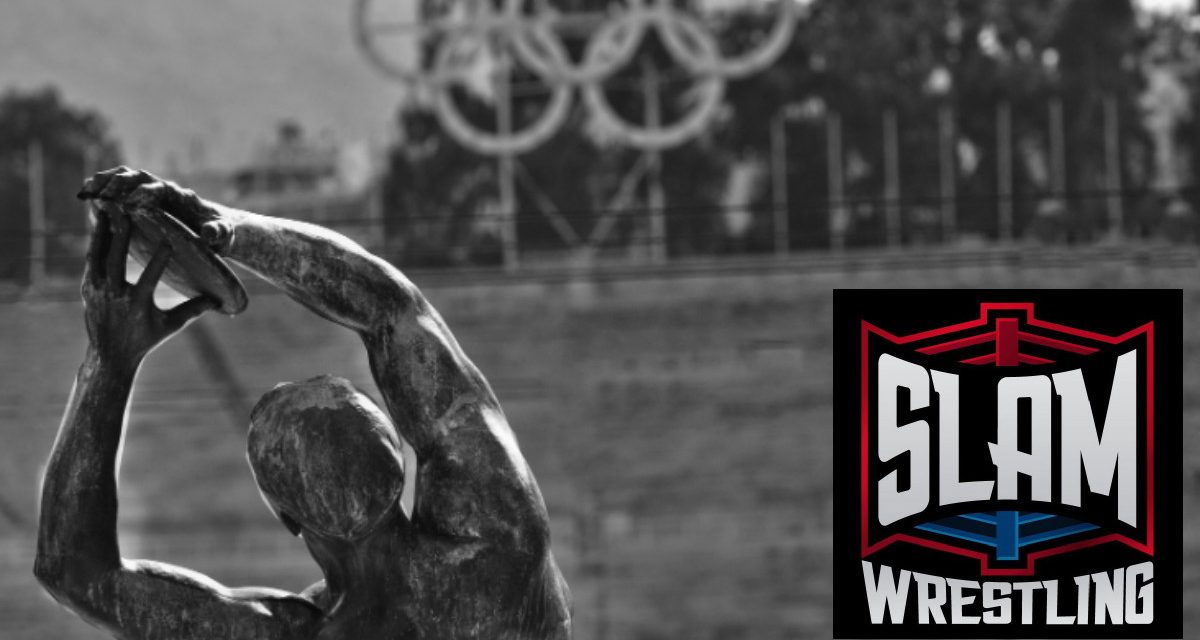 On Sunday, the world of amateur wrestling breathed a sigh of relief as the International Olympic Committee voted to reinstate the sport to its roster. Given the rich history of amateur stars turning professional, it was only natural for a few to speak their minds.

“It was a huge mistake. How a founding sport could not be part of the Olympics?” asked Gerald Brisco, who is in charge of scouting the amateur ranks for potential WWE superstars. 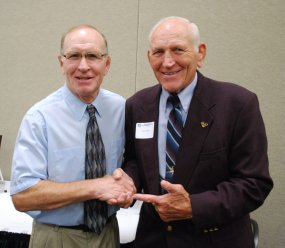 Back in February, in a surprise move, amateur wrestling was dropped from the list of sports. It was allowed to re-apply, competing on Sunday with baseball/softball and squash.

“I was a little concerned baseball/softball was going to be picked because they got a big push,” Brisco told SLAM! Wrestling. “But when Tokyo was named as host for the 2020 Olympics, I thought we had a better chance since Japan is a very strong amateur wrestling country, therefore a wrestling supporter.”

The only amateur wrestler ever on the cover of Sports Illustrated weighed in as well.

“I was in Stillwater, Oklahoma at the Hall of Fame when the decision was announced,” said 1956 Olympic silver medalist Danny Hodge. “Everybody was celebrating. I’m thrilled. I’m proud they stuck together. I’m very proud.”

The amateur wrestling community banded together for the fight, including some big name pros, like Kurt Angle and Brock Lesnar.

“We are aware of our mistakes and they will not happen again,” wrestling head Nenad Lalovic said in a wire story. “This crisis gave us the strength to change and we finally found out that we can change. This was the most valuable experience of all of this journey.” 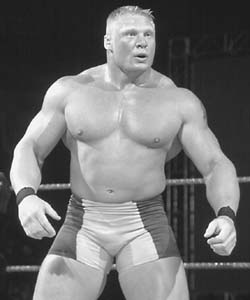 Brock Lesnar, even scarier in black and white.

Brisco was proud of how everyone came together.

“I was thrilled by the reaction of the wrestling community. We united like I’ve never seen before. It was a common battle,” said Brisco. “There were no more rivalries between countries or colleges. It was a bad thing it got eliminated to begin with, but the good thing is that it brought the whole community together. It forced everybody to work together.”

Amateur wrestling and pro wrestling have been associated for the longest time. Pro wrestling got its roots from different amateur wrestling styles and in the early 20th century, the Greco-Roman and catch-as-catch can styles were performed at the same time. Therefore, many pro wrestlers have an amateur background, especially in previous eras, as it was almost mandatory to have such credentials.

As Paul Vachon explains, “athletes who become Olympians dedicate their life to their sport. After they got out of amateur, wrestling was the only thing they could do, so they turned pro. Well, it was like that in my era.”

If a lot of them competed in the NCAA or in provincial/state championships, few actually made their way to the Olympics and even fewer were medalists. Actually, being tagged as an Olympian is much different than having performed on a national level.

“You are a world class athlete when you compete at the Olympics. The competition is much better at an international level than on a national level,” added Brisco.

“I started wrestling because in my hometown of Oklahoma, there were two wrestlers who won gold medals in the 1960 Olympics, Shelby Wilson and Douglas Blubaugh,” explained Brisco. “This is what your inspirations become when you’re a kid.” 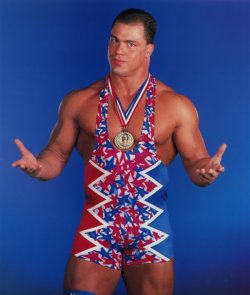 In other words, a youngster could see a wrestler performing at the Olympics, start wrestling and one day, turn pro.

“When you’re around that caliber, it migrates to your own performances. You want to have that same level of respect and treatment,” continued Brisco.

Respect is something very valuable for a pro wrestler and being an Olympian helped both Hodge and Maurice Vachon.

“When you’re performing at an Olympic level, it gives you the credentials to be a champion, to be well respected in pro wrestling,” said Hodge, who was one of the best junior heavyweights in pro wrestling history, and a championship boxer as well.

According to Paul Vachon, his brother Maurice’s career would’ve not been the same if he hadn’t participated in the Olympics.

And even if a lot less amateur wrestlers are turning pro than 40 or 50 years ago, the fact that wrestling will still be part of the Olympics can only be a good thing. 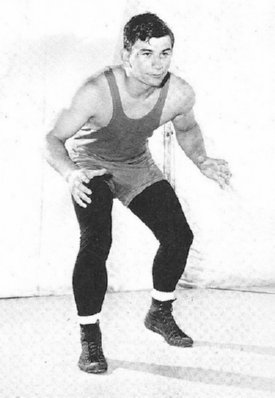 Gerald Brisco as a 191-pound amateur.

“[WWE] scouted two young amateur wrestlers and brought them for a tryout recently, Sunny Dhinsa from Canada and Tyrell Fortune from the U.S.,” said Brisco who’s involved in amateur wrestling in Oklahoma, part of the board of directors of the Tragos/Thesz Hall of Fame in Waterloo, Iowa. “They both want to become WWE Superstars, but now they might want to stick around to perform at the Olympics, which is a great thing as they will be known internationally before coming to the WWE.”

Even with more than double the votes baseball/softball had, wrestling only secured its spot for the 2020 and 2024 Olympics. During that period, it will be revisited mostly based on ticket sales and television ratings. But the fact that wrestling will be part of the Olympics for another 10 years is good news for everyone.

“If it’s not the most popular, it’s at least a global sport, performed in so many countries. It needed changes and updates to be more entertaining to the public, like they did with the scoring,” concluded Brisco.

Whether you’re a Greco-Roman or freestyle wrestler, competing in high school, at the Canadian university level or the NCAA, or a working as a pro on the indy circuit or in the WWE, Sunday was definitely a good day for all wrestlers, past, present and future.

Pat Laprade remembers that he took a few amateur wrestling classes when he was around 8 years old, because he wanted to become a pro wrestler. Luckily enough, he’s able to live his passion another way. Pat can be reached at [email protected], on his Facebook page and on Twitter.