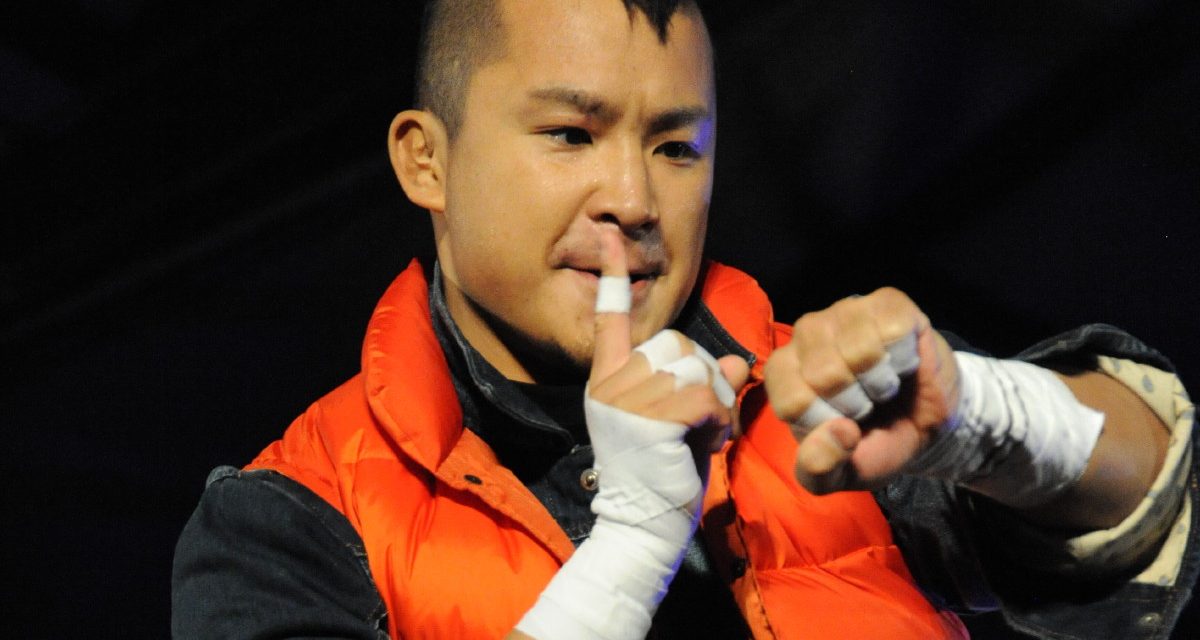 Yujiro Kushida made his Ring of Honor debut on Saturday in Toronto, and took a moment to talk about his dreams.

He beat Adam Page in the opening match, where the fans chanted, “please come back.”

Turns out Kushida wanted to get to Ring of Honor for some time. 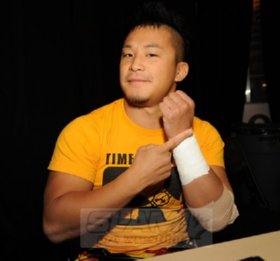 KUSHIDA at Ring of Honor’s All Star Extravaganza V, Saturday, August 3, 2013, at the Mattamy Athletic Centre in Toronto, ON. Photo by Mike Mastrandrea

“ROH history and ROH wrestlers, I have respect. I watched DVD many times, so I looking for ROH this time,” he told SLAM! Wrestling before the All Star Extravaganza V show at the Mattamy Athletic Centre (formerly Maple Leaf Gardens).

Kushida actually started in mixed martial arts under Nobuhiko Takada, but turned to pro wrestling in 2006. Early education was in Mexico, and wrestling in HUSTLE, All Japan, Osaka Pro, New Japan, and Smash followed.

So the Ring of Honor show was hardly Kushida’s North American debut.

In 2009 and 2010, he trained with Scott D’Amore in the Can-Am Wrestling school in Windsor, Ontario, and was booked in many places, including CHIKARA, D’Amore’s Border City Wrestling, and even a couple of stops in Ohio Valley Wrestling. As well, he went back to Mexico.

Kushida loves the traveling: “My hope is many countries, I go trip for wrestling,” he said.

He has his eye on the United Kingdom and Europe — “please book me, please! Please help me go wrestle!” he pleaded.

In Toronto, Kushida got into to town a couple of days before, and managed to head downtown, some shopping malls, and discover some good Japanese restaurants. He also rode the famed Toronto streetcars and the subway system (hardly as busy as what he is used to in Tokyo). “I like Toronto. Very beautiful,” he said.

As well, he got down to Windsor/Detroit, visiting D’Amore and his frequent partner Alex Shelley, with whom he has won the IWGP Junior Heavyweight Tag Team titles and the 2012 Super Junior Tag Tournament.

For now, he is content to keep traveling, as he has no children and nothing tying him to home.

At least not yet.

“My dream is to be a grandfather, an old man, with granddaughters.”