According to the Mississippi Highway Patrol, the accident took place around 10:30 Tuesday night in Panola County, which is directly south of Memphis, Tennessee. The car rolled over on Interstate 55. 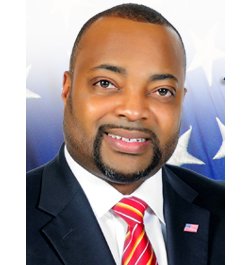 Maclin was married to Carmela Sykes-Maclin for more than two decades and the couple have six children.

His involvement in the Memphis wrestling scene is long and impassioned.

Macklin was an announcer on TV — a spinoff from his duties as a sports anchor on an ABC affiliate, as well as a promoter. He worked alongside Dave Brown on WMC-TV for 13 years on Memphis Wrestling. On occasion, he wrestled.

In a 1998 interview with Sarah Gregory of the Memphis Dateline, Maclin addressed the appeal of pro wrestling in his eyes: “I think it’s just great entertainment — with the smoke and fireworks, and all of that. It’s such a big production; something the whole family can enjoy, like basketball or football.”

The son of Jerry and Everlena Maclin, Corey was the fifth of six children, growing up in Shelby County. He credited his secondary education at Millington Central High School for the beginnings of his skills in public speaking, announcing and community involvement.

In 2010, Maclin tried his hand at politics, running as the Democratic candidate for Shelby County Court Clerk; he was defeated by Republican Wayne Mashburn.

His first job in the media was as a part-time DJ with KFTH 107.1 FM, later becoming a full-time radio announcer six nights a week while still in high school. At 18, he was named program and news director at WLOK radio.

Later, Maclin sold advertising for Silver Star news, and started his own ad firm, Corey Maclin and Associates in 1997.

Maclin’s name received a lot of publicity in 2010 when Jerry Lawler sued Maclin for creating DVDs, Classic Memphis Wrestling, which Lawler alleged Maclin had no right to the footage. Lawler helped Maclin get started in the wrestling business.