Hoping to be discovered at Charlotte Fanfest

It’s not America’s Next Great Wrestler and it’s not even WWE Tough Enough.

It is, however, a game attempt to identify promising wrestlers, pair them with some of the best trainers in the game, and provide them with much-needed exposure.

“The goal is to not only find talent, but to have a great learning experience, enjoying something these young wrestlers want to do,” Prichard said from his home in Knoxville, Tenn. “They’ll hear things they’ve probably never heard before, and they’ll hear it from people who have been to the big show, either as wrestlers or as trainers.” 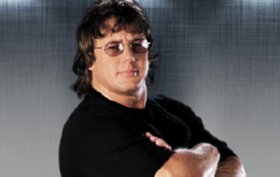 The camp is a major addition to promoter Greg Price’s fanfest weekend, which has set the bar for wrestling fan events since his first one in January 2004. The event runs August 1-4 at the Hilton University Place in Charlotte, N.C.

The training crew is a who’s who of wrestling. Prichard spent about 16 years in the WWE system as a trainer, coach and mentor, and just about everyone in the federation passed under his gaze during that time.

“I’m done some camps with Les before and we’re on the same page,” Prichard said. “Just to learn from some of the greatest minds, people who have it in their bone marrow, all at once, is something you don’t see very often in the training world.”

The most outstanding performer during the four-day camp will earn a $2,500 wrestling training scholarship in honor of Reid Flair, son of Ric Flair. The younger Fliehr died in March at the age of 25.

“It’s a very rare opportunity to train with and have unprecedented access to so many wrestling legends at once and over multiple days,” Price said.

Prichard said the camp is not for the squeamish. It’ll start at 7 a.m. each day, and includes 30 hours of training, ring time, lectures, and evaluations.

“We’re not going to beat them up, but we’re definitely going to tell you if something we see doesn’t gel or doesn’t look right. They don’t gain anything by us telling them, ‘Oh, that’s great.’ We’re going to tell you why it doesn’t work.”

In fact, Prichard said the memory of his training camp and accompanying wrestling match during the weekend of July 13 in St. Louis is an example of the tough love he plans to bring to Charlotte.

“I was in a tag match. The first three minutes of the match these guys were double teaming me and wanted to give me a double suplex and I told them, ‘No!’ I went to the solar plexus because I had told them, ‘Slow down and listen, and we’ll get through this,'” he recalled. “They’re not going to learn it all in four days in Charlotte, but they’re going to learn a lot of things.”

Otherwise, the “Doctor of Desire” — he picked up the “doc” moniker when he was lounging in medical scrubs one day in Alabama — has been pacing himself since he and the WWE parted ways in 2012.

“If anybody wants to book me on a show, I say, ‘Here’s my price.’ Hopefully, they’ll say no. If they say yes, I’ll do it,” said Prichard, who also has some motivational lectures lined up. “But at this stage of the game, I’m just not that interested right now. There are not a lot of wrestling opportunities out there, and if you get too involved with Mickey Mouse-type stuff, you go nuts.” 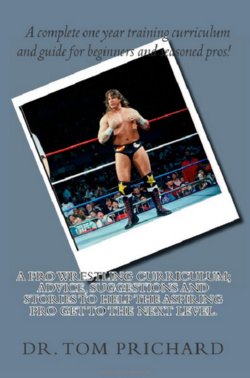 As a trainer, Prichard said he felt increasingly frustrated as a product of the old territorial system trying to explain concepts to young wrestlers whose knowledge of the sport sometimes doesn’t extend beyond Monday night wrestling.

“It’s not their fault. It’s just what I’m finding,” he said. “They think they have act like somebody who’s already made it. First, you have to know the basis for acting like that. So they talk a good game, but the fundamentals get lost in the shuffle.”

Instead, Prichard’s tips are codified in A Pro Wrestling Curriculum Advice, his year-long instructional guide designed to convey enough information that a user can wrestle a one-hour draw at the end of 11 months.

“Writing about my life wasn’t that interesting to me,” he laughed. “But I had this curriculum that I had worked on and I thought it might have value. It’s certainly not the only way, but I really think it’s a good way and a productive way, if it’s followed through.”

Along with the camp, the Mid-Atlantic Hall of Heroes will induct Magnum T.A., Danny Miller, Thatcher, Lars Anderson, the Rock ‘n’ Roll Express and the Midnight Express with manager Jim Cornette. Several Q&As and autograph sessions are scheduled for what Price said will likely be the next-to-last fanfest weekend.

More information on the camp and fanfest is available at www.midatlanticlegends.com.