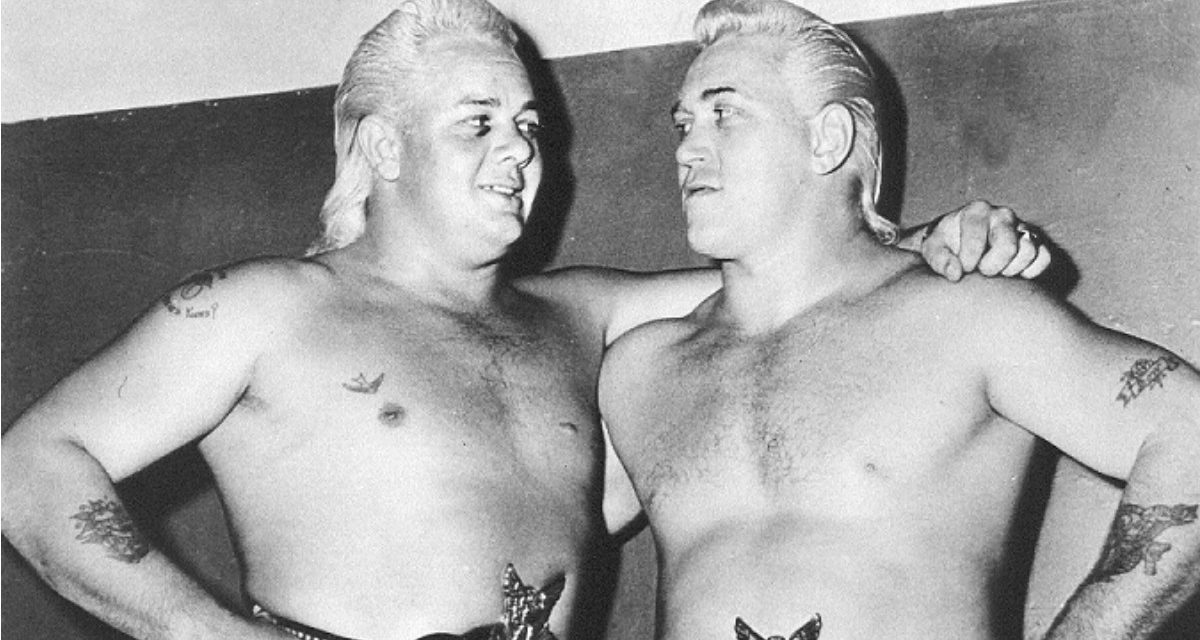 I was carrying a message to Jackie Fargo from Al Greene, the notorious Tennessee heel who severed Fargo’s peroxide blond locks during a savage 1972 feud that attracted standing-room only crowds to the Mid-South Coliseum in Memphis.

“I hate you, Fargo, I hate you! You’re nothing but a coward, a yellow-bellied coward!” I said, reading to the Fabulous One from a sheet of paper I had crumpled in my pocket after a conversation with Greene a few days before. When I mentioned I was planning on visiting Fargo in his hometown of China Grove, N.C., Greene decided it would be great fun if I could convey his hatred in person.

“I shaved your head once, Fargo. I’ll do it again. I hate you, Fargo!” 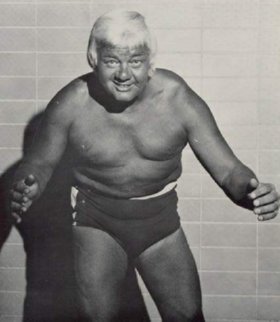 Fargo rose from a beat-up recliner that looked like it had been abandoned along U.S. 29, the north-south highway that passed his “place of business,” which was Fargo-speak for a gambling room. “Well, I’ll tell ya, pally …” he said. “You want a soda?” I nodded, and as he brought me a soft drink from a cooler, he turned his nose up as if he had smelled something foul.

As Fargo sat down, I understood implicitly that I was to take that slight back to Greene, start another merry-go-round of insults, and — who knows? — maybe build to a return legends grudge match 35 years after the first one. Jackie Fargo had sensed an opening and he was going to goad it to see where it might lead.

The news that Fargo was hospitalized last weekend with a serious heart problem has saddened the wrestling world — hoping for a furious comeback — because he’s long been proud of his good health. When he turned 76, he told me, “If I didn’t know no better, I’d think I was 35.” And when we discussed the hard times of Sputnik Monroe, Fargo made it clear he lived a cleaner life than most of his contemporaries. “One thing truthfully, I never had no cocaine down this nose and no drugs. In my heyday, it was a six-pack; that was the thing back then.”

Born Henry L. Faggart on June 26, 1930 — most Internet sites have the wrong birth name or birth date — Fargo is considered one of the great opportunists of his time, whether he was working an angle in business, politics, wrestling or the locker room.

His “place of business” — an unmarked, single story, brown clapboard structure the size of an unkempt fishing cabin — was in fact an opportunity, at least for the lucky. The China Grove establishment was just Fargo’s latest wheeler-dealer incarnation; TV announcer Lance Russell once confirmed that Fargo operated bookie joints in Memphis and Nashville during his wrestling days, as well.

Before he closed up shop a few years ago, you could swing by and talk wrestling and life, as I did, and also play any number of games of chance, bookmaking and numbers running foremost among them.

If a local buddy tipped off Fargo that the law was after him, he’d stash everything away behind lock and key before the authorities arrived. Sometimes, it worked; sometimes, it didn’t. In November 2005, police investigating a suspected arson attempt seized about 20 gambling devices from his building. Jackie Fargo, Offender No. 0933931, received probation and parole a few months later for a Class 2 misdemeanor conviction of gambling and running a lottery.

That didn’t shake him, of course, and neither did the large insect that crawled across the floor at his gaming endeavor when I was there one day. “Ahh,” he said to one of the regulars, “go get some bug spray.” From his pocket, he pulled a stash of bills the size of a boxing glove — unreported income, I suspect — and went right back to telling stories and seizing opportunities.

One came when a fledgling magazine named Sports Nashville did a major story on him in 2005, sort of a “Where Are They Now?” reflection on the man who was king of Memphis before Jerry Lawler, whose career he launched. The publication was delighted with the response. “We had a lot of comments about that piece, lots of people remembered him,” editor Sherry Stinson emailed me. 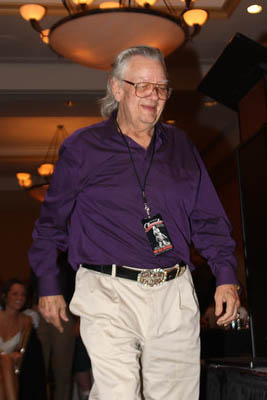 … and Jackie Fargo in 2009. Photo by Christine Coons

Fargo thought it was great, too, but for a different reason. Though the Faggart clan of China Grove and Rowan County predated the Civil War, Fargo told the writer that he had been born in upstate New York and moved to North Carolina when he was just a tot. “To bug Len Rossi,” he explained to me. A native of Utica, N.Y., Rossi moved to Tennessee and achieved his greatest fame as a wrestler about the same time as Fargo. Rossi lives in Nashville, and Fargo figured he’d see the magazine and the little taunt directed specifically at him.

That wasn’t the first time Fargo moved his place of origin just for the heck of it. He was wrestling in Missouri in 1953, not long after he got out of the U.S. Army, when he convinced a local sports editor he was one of the few great wrestlers ever developed in North Dakota. I showed him the clipping one time and asked how he thought he could fool anyone, given his North Carolina drawl. “I told ‘im I was from the south part of North Dakota,” he deadpanned.

I covered a lot of ground with him in interviews for The Pro Wrestling Hall of Fame: The Tag Teams and The Pro Wrestling Hall of Fame: Heroes & Icons, but he showed no interest in doing a full-blown book or ruminating about his outlaw days that had him in and out of his court in tiffs with business partners and other wrestlers. He told me one promoter offered him $1,000 and a piece of the action to do a shoot DVD interview, but that was chump change; he had more money than that in his pocket when he authorized the bug spray purchase.

In fact, Fargo paid little attention to the wrestling business outside of his little piece of it, which became hysterically apparent when he and wrestling brother Don (Don Kalt) were inducted into the Hall of Heroes at Carolina promoter Greg Price’s Legends Fanfest in 2009. They were cited for their work as a world championship tag team in the 1950s and 1960s, as well as Jackie’s dominance of Tennessee wrestling for more than a decade.

I was sitting with Fargo and Bobby Fulton when “Number One” Paul Jones got up to induct the late Nelson Royal, his tag team partner, into the Hall of Heroes. “Paul Jones!” Fargo blurted out loud enough to loosen the fixtures. “I thought he was dead!”

Fulton, delirious and mortified at the same time, quickly pulled Fargo aside and told him he was thinking of an old-time Georgia promoter named Paul Jones, who died years ago. This Paul Jones, nicknamed “Number One,” was a big name in the ’60s and ’70s in the Charlotte, N.C., territory next to China Grove.

Jackie Fargo struts into the afterlife