Buck Robley, who died May 28, 2013, was a key figure in pro wrestling behind the scenes. “I created a lot of people that you see out there today,” he bragged not that long ago. “The Freedbirds are my creation. Bruiser Brody was my creation. [Ted] DiBiase, I helped his career. A lot of people don’t know that. They thought I was just a big, ol’ dumb ‘rassler.”

Of course, Robley was far more than a “ol’ dumb ‘rassler” as he portrayed in the ring. But like any pro wrestling angle, there is a touch of hyperbole to his claims. A grain of salt, if you will. 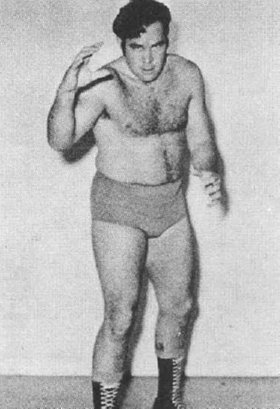 But he did help create the Junkyard Dog, was a great friend of Bruiser Brody, and was working in Mid-South with “Cowboy” Bill Watts when the Fabulous Freebirds were first launched to prominence.

“He had a reputation as a bit of a carny type who played his angles, but there’s no question he knew the business,” wrote veteran referee James Beard on the WrestlingClassics message board, summing up the colourful career of Buck Robley.

Robley died today in Little Rock, Arkansas, of congestive heart failure. He had been sick for some time, said ex-wrestler Don Sanders, who had been taking care of Buck for the last number of months.

“I brought him home [from the hospital] yesterday, and he should have stayed another day,” said Sanders. “He woke up this morning and he couldn’t breathe. He wouldn’t let me call an ambulance. Finally, I just had to tell him, ‘I’m calling an ambulance.’ I called an ambulance and gave him mouth-to-mouth and CPR till they got here, but his lungs had just filled up with fluid and stopped his heart from beating.”

In a 2008 post to his jrsbarbq.com website Jim Ross wrote that “Buck Robley was one of the brightest minds ever in wrestling. Buck had great natural instincts and was an integral part of one of the more successful periods in Cowboy Bill Watts’ Mid South Wrestling territory. If today’s generation of young wrestlers had Buck’s in-ring psychology many of these youngsters would find themselves making big money wrestling in main events at major events.”

Born Phil Buckley, he also wrestled as Buckley Christopher and George Robley III, and was often referred to as “Colonel” Buck Robley.

He broke into the wrestling business in 1968 and found the most success as an undersized cowardly heel. In fact, his T-shirt “Don’t call me yellow” was somewhat pioneering.

“I’m still pretty highly respected for the great mind that I used back in the ’70s and ’80s,” he said in May 2011. “A lot stuff that you see today that I originated back then still goes on today. I was the first to ever come with the T-shirt. The promoter said, ‘You can’t do that!’ I was the first booker to ever put the two best guys against each other on TV when they said you couldn’t do that. They said nobody was smart enough to figure out how to keep it going. Very simple. Now you see that every day when you turn the TV on.” (Jim Ross designed and supplied the T-shirt, by the way.)

For part of his career, Robley was a manager, especially after an accident damaged his arm.

Bob Sweetan was one of those managed by Robley.

“It was something that I felt that I needed at the time, to give things a little extra boost, to get things motivated, get things moving. When I first got him as a manager, he was the booker at the time too, the assistant booker, so I killed two birds with one stone,” said Sweetan. “He was an awesome manager, and he was a pretty good worker too.”

Bob Geigel, the promoter in Kansas City, reflected on Robley’s transience over the years, and inability to stay grounded. “He was never a permanent person,” said Geigel. “I didn’t dislike Robley. He just wasn’t my style. He was vulgar. He wasn’t a tough guy, but he wanted to have everybody think he was tough.”

Both Moose Morowski and Percival Al Friend got to know Robley in the Amarillo, Texas, territory, which is where Robley started as a manager.

“I have some very vivid memories about Buck Robley from my stay in the old Amarillo territory,” said Friend. “He was a tremendous attribute to the crew that worked in Amarillo and Ken, the referee, dubbed him Yellow Belly one day because Buck had spilled some mustard off of a hot dog on his stomach. Ken started fans to chanting ‘Yellow Belly Robley’ and he got a good amount of reaction from it. He was a very funny guy and loved life to its fullest and at the time was a great family man. He was also terrible at playing poker — I don’t remember how much he owed The Viking but it was in the hundreds of dollars. R.I.P., my friend.”

“Buck was a lot of fun too,” laughed Morowski. “When you hear about guys shooting rabbits and things like that at nighttime, Buck Robley trying to load a gun with that hand that was crippled, trying to shoot. We enjoyed ourselves there. It was a great territory and a lot of fun. We worked hard. A lot of miles, but I didn’t mind it because you could enjoy yourself.” 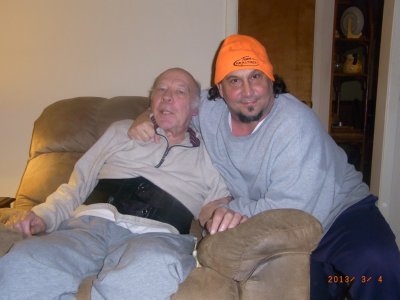 Robley was always proud that he wasn’t a yes-man, an attribute that he definitely shared with his friend Frank Goodish, who worked as Bruiser Brody.

“Besides being a booker, I stood up for the boys to try to get them the money that they had coming to them. A lot of them, back in that era, didn’t realize what I was doing. Later on they call me. [Ken] Patera called me, ‘Damn, Buck, you was on the right track back in the ’70s when nobody was wanting to take care of the boys, and you was fighting for their money,'” Robley said in 2011. “I could have gone on and been a yes-man in this game, and had a job all the way through, but in ’84, when I told Vince [McMahon] I wasn’t going to work for him, that was about the end of it. But I worked for just about every promotion there was out there.”

The Junkyard Dog is definitely Robley’s crowning achievement, though Bill Watts, as promoter, had to put his faith in the angle and back it.

“I created him,” said Robley. “When he came to Louisiana, I got him out of Canada. I brought him down. He couldn’t work, he couldn’t do anything. But he had a lot of charisma. Watts owned the company and he said, ‘Fire him.’ I said, ‘No, I’m not going to fire him. He’s got a lot of charisma. I think I can make money with him.’ So that’s how I got him started. I did all those angles with him.”

After the territorial system faded away, so did Robley, though he did keep involved on a mainly local level, and influenced a lot of younger wrestlers, like Sanders.

“We went up and down the road together,” said Sanders. “We wrestled together in Puerto Rico, Louisiana, Georgia and Alabama.”

He made it to a Gulf Coast Wrestlers Reunion in Mobile, Alabama, and was a judge at “Cowboy” Johnny Mantell’s Germanfest Wringenmiesterschaft Tournament in Texas in May 2011, giving him a chance to see many old friends.

One in particular was Killer Karl Kox.

“It was hilarious to be around Karl again. Karl and I go back many, many years,” said Robley. “He’s a character.”

The same could be said about Robley.