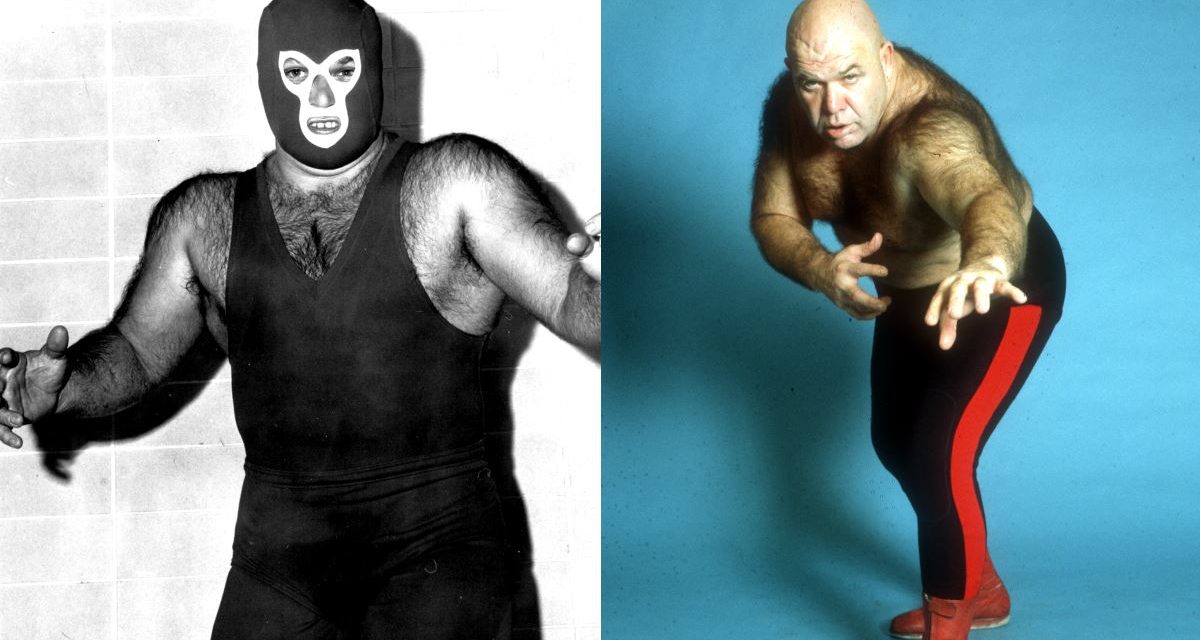 Most wrestling books about wrestlers from the generation of Jim Myers — or if you prefer George “The Animal” Steele — usually follow the pattern of high school, football and then wrestling. The recently-published story of his life, simply titled Animal, written with Jim Evans, does not shy away from that concept.

What is different is that this book is more about on how Jim Myers went from student with dyslexia to a respected professor and coach and part-time pro wrestler than anything else. As he said to me when I got the book from him: “It’s not just the story of my wrestling career, it is the story of my life, even if wrestling was a big part of my life. It was not always easy to re-live.” 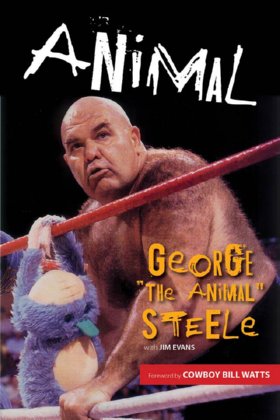 The story is different from most books as George Steele was the exception from the rule; he never quit his real job as teacher and coach, wrestling mainly in the summer months, building money-drawing programs with some of the biggest stars of the era like Bruno Sammartino. He was actually 48 years old when he finally retired as a teacher and worked full-time for the WWF. As he says, the money was just too good at this point.

This is the era most fans remember, with Myers as the lovable Animal, sporting the green tongue, eating turnbuckles for lunch, smitten by the beautiful Miss Elizabeth and having the “Mine” teddy bear as a gimmick. In fact, the story not in the book I would have loved to hear is how Mine came to be and if it was a financial success for him. Mine is on the cover of the book, but it is his only appearance.

The chronological aspect of the book gets a little confusing at time until the authors finally decides to let us know that they will not be telling stories in any particular order. Then the book hit his stride and finally opens up, as if you were sitting with him at a table having dinner and just talking about his life and his career.

Fans will love how he spends many pages detailing his run with Randy Savage and how what we saw on television was sometimes real reactions from people playing characters that were so close to home that they did not easily differentiate reality and pro wrestling. I think for today’s fan that the most interesting lesson from back then, not everything was part of the original written word from the office, a lot of what we love about pro wrestling back then was gut and instinct reactions from the performers. He also understands, that he was part of the past and was hanging with the young superstars who were going to change the industry. I would have loved to be the fly on the wall when he literally trashed Randy’s ideas for their matches.I knew a lot about his career but his journey is very inspiring as the football field at Madison Height now sports his name — quite the accomplishment for someone who was always considered dumb while in high school because of his dyslexia.

The book is a little shy on the wrestling side, as if he was trying to make sure he was not boring us with his old war stories. The years he spend as an agent for WWF are barely touched as you can sense he would have rather be one of the boy rather than management. Still there is plenty of good stuff like how Tensai (Wayne Bloom) was almost the son of George Steele because he had a lot of chest hair and how he was first introduce as Prince Albert.

The most interesting part for me was how the IWA, through George Cannon, tried to steal him away from the WWWF at the time, as it was making their play to go national and take over in the New York territory. The creation of the IWA by Eddie Einhorn in 1975 is for the first time I can recollect presented as a real threat to Vince McMahon Sr. in New York and is a venture I wish someone would write the complete history of in a book. There is also a lot more like how George “The Animal” Steele had a role in the Detroit Tigers winning the 1984 World Series, and if that does not give you the urge to pick up the book I do not know what will!

Or maybe you want to know more about George Steele’s part in an Academy award-winning movie directed by Tim Burton? The story of how he became part of the movie Ed Wood is a fun one that will appeal to everyone.

Life was not always rosy for the Animal, and we get a glimpse in his life when he was diagnosed with Crohn’s disease, basically given a death sentence. He shares how he hit bottom, thinking of ending his own life, and then his salvation by finding God and living life to the fullest.

Married for 58 years, his wife gets credit for keeping the Animal grounded, reminding him at the end of every summer: “Time to get Jim out of the box and get George back in.”

If there was ever a cartoon character in wrestling, it was George “The Animal” Steele, so if you ever wondered what was real and who was the man playing that character, come and get a glimpse behind the curtain at the real life of Jim Myers.