Wrestling legend Ric “The Nature Boy” Flair’s son has been found dead in a Charlotte hotel room, according to police.

An NBC affiliate reported area police received a call on Friday morning that a man – Flair’s 25-year-old son, Reid Fliehr – was unresponsive in his room at a Charlotte-area Marriott.

While detectives are currently saying Fliehr’s death doesn’t appear to be attributed to foul play, Flair’s agent said the investigation into his client’s son’s death is ongoing. 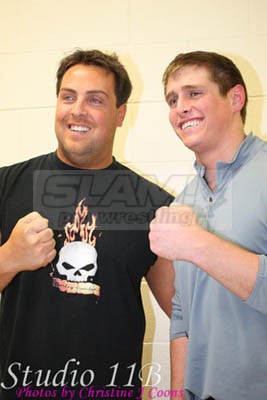 “We are heartbroken to confirm that Ric’s son, Reid Fliehr, has passed away today March 29,” a statement from the agent read. “Reid was 25 and an incredible son, brother, friend, and professional wrestler. No words can describe the grief that Ric and his family are experiencing and they do request privacy during this devastating time.”

A day before his death, Reid tweeted from his personal account, announcing he was set to wrestle with his father in Maryland.

“Two shows in Maryland this weekend with @RicFlairNatrBoy. Good #wrestling and even better times ahead.”

Reid Fleihr’s past is littered with run-ins with the law. 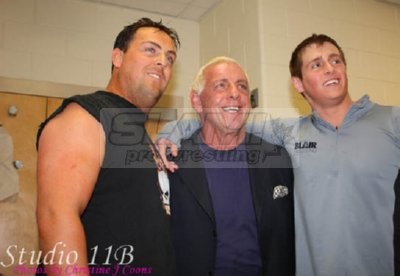 Ric Flair with his sons David and Reid, at Reid’s pro wrestling debut, in December 2008. Photo by Christine Coons

He was arrested for battery in 2007 and was twice arrested in 2009 for impaired driving. He also faced charges for possession of heroin stemming from one of those incidents.

On Friday, WWE released the following statement: “WWE is saddened to learn of the passing of Reid Flair, son of WWE Hall of Famer Ric Flair. Our deepest condolences go out to the Flair family and friends.”

— with files from QMI Agency