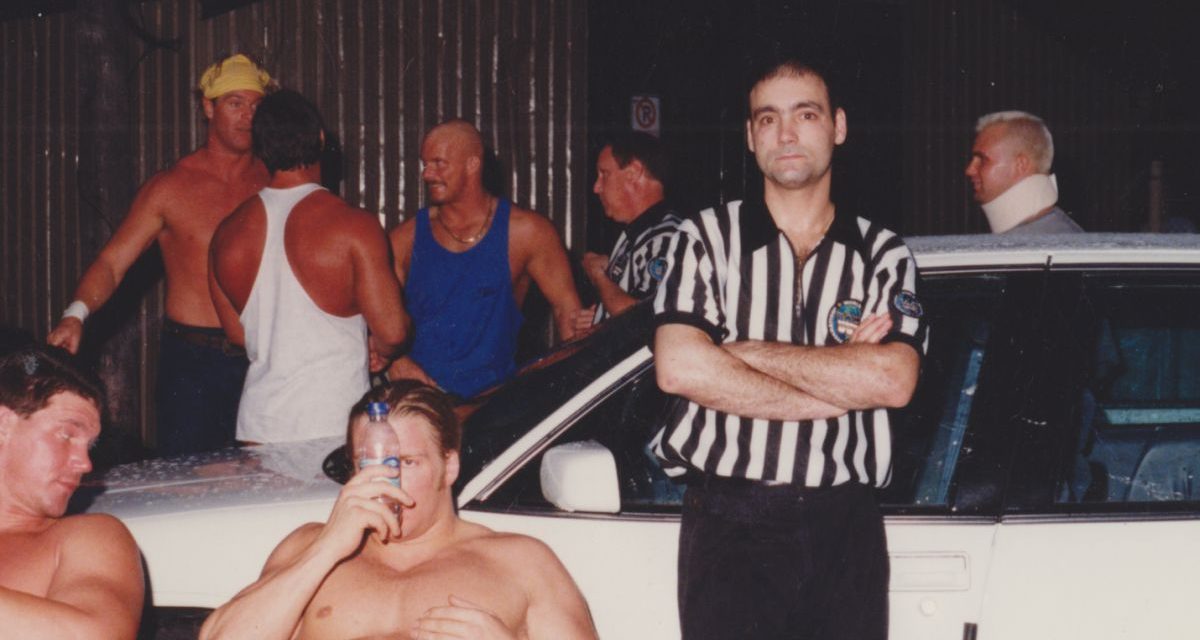 TORONTO – After dedicating over 22 years of his life to the WWE, former referee Jimmy Korderas’ story is finally told in his new book, The Three Count.

“After I left the WWE, my wife kept pestering me, saying, ‘You should write a book, you know, about fun stories on the road and your experiences,’ and I thought, ‘Nobody wants to read fun stories.’ Everybody wants to read trashy, dirty stuff, and I didn’t really want to do that,” Korderas said Thursday night at his book launch in Toronto. 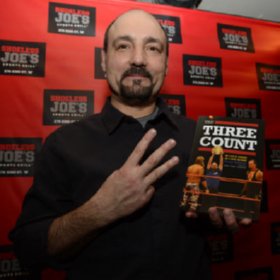 Jimmy Korderas shows off his new book, The Three Count, at his book launch Thursday night in Toronto. Photos by Mike Mastrandrea.

“And then Arda Ocal, who’s a friend of mine, kind of pushed me to. I’d talk to him and tell him stories, and then he sent me a whole bunch of notes one day, saying that all the stories I’ve told should be in a book. So then we got the ball rolling and went to ECW Press, and they were interested, and the rest is history.”

Korderas was all smiles at his book launch, at Shoeless Joe’s, across from The Score, where he works with Ocal on the Aftermath segments around WWE programming. The ref greeted friends, family members, fans and generally anyone within arm’s length of him, who requested a signed copy of his autobiography.

“I didn’t want it to be one of those tell-all books, but at the same time, I didn’t want to sound like I’m sugar-coating it,” Korderas said. “There were a lot of fun stories and fun things, but at the same time, there were times there (WWE) that weren’t so pleasant like the thing with Owen Hart, for example, and Eddie Guerrero. This was all part of my life and part of my time there, and I felt that they really needed to be addressed, so they were definitely in the book.” 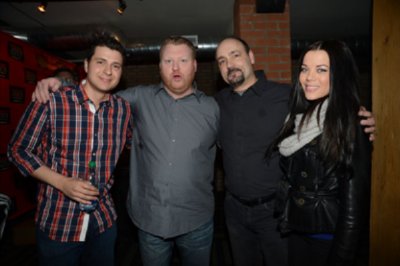 Fans were reacting like they had already gotten their money’s worth, just by meeting Korderas. And Korderas was more than happy to interact with them.

“English was not my favourite subject in school, but I do enjoy writing. For me personally, I found that maybe it was best not to try to write like an author,” Korderas said. “I tend to write as I would say; I figured that would be the best approach.”

Korderas’ biggest fans may be within his own family. His older brother Peter, for instance, is a huge supporter of his and could not be prouder of what Jimmy has accomplished.

“I was a little surprised that he was so successful, only because it seemed to me that not having any experience with entertainment, wrestling, or anything involving a production like that, it would be hard to sort of break into it. But Jim accomplished it, and I was like, ‘Wow! How did he do it?'” Peter Korderas said. “Jim was a sweet brother. He was one of those children that gave their parents no hassles. He was a really good guy.”

It’s been said that the mark of a great storyteller is to always leave them wanting more. Though some stories may remain untold forever, there are some that just have to be shared. Peter remembers one story in particular that made him realize just how great a person his brother is. 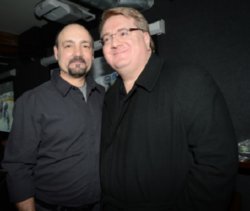 “At one point, I moved from Toronto to a place near Kingston. And they used to bring the shows to Kingston. Whenever Jim was coming, he’d always get us tickets, and I had a young son at the time, who was also a big wrestling fan, and I had a really good friend of mine as well, who was an even bigger wrestling fan. One time we went to a show, and when the show was over and the crowd disappeared, Jim came out to greet us, and I think my son, at the time was around nine years old. I asked Jim, ‘Do you think it’s possible for my son and his friends to meet The Undertaker?’ And Jim said, ‘I don’t know, but I’ll go and see. It won’t hurt to ask.’ He disappeared for a while, and the next thing I know, The Undertaker and Paul Bearer, his manager, start walking towards us,” Peter said. “I’m not a small guy; I’m 6’2″, but when The Undertaker stood close to me, I was looking up at the sky. He’s a big guy, and he must have seemed like a giant to these little kids. They were in awe, and were almost shaking and trembling in fear. He didn’t break character, and he didn’t say much; it was Paul Bearer doing all the talking. Paul Bearer was really, really great with the kids, and at some point, he said, ‘Would you like The Undertaker’s autograph?’ That’s a memory that I’ll never forget.”

Another person who never gets tired of a good Jimmy Korderas story is Korderas’ Aftermath Radio co-host Arda Ocal. 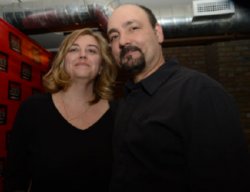 Audra Korderas encouraged her husband, Jim, to write a book.

“People are going to be fond of the stories he tells, because at the end of the day, wrestling fans would like to know what happens behind the curtain, and Jimmy gives you a really good insight to that,” Ocal said. “One of my favourite stories in the book is when he talks about reffing a match in Germany with Owen Hart and Jeff Jarrett against Edge and Christian, and they used a napkin as a foreign object. Those are the kinds of stories that wrestling fans would get a kick out of, and they’d love it. It’s not controversial. It’s just a really funny story that Jimmy would tell in a bar, if you met him.”

In the wrestling business, referees are required to multi-task behind the scenes, in addition to their regular on-camera duties. Today, Korderas still finds himself playing multiple roles. He’s a radio and television host, a referee for indie shows, a brother, a husband, a colleague, a friend and now, an author. And he wouldn’t have it any other way.