Guest column: Time for the oldtimers to give back 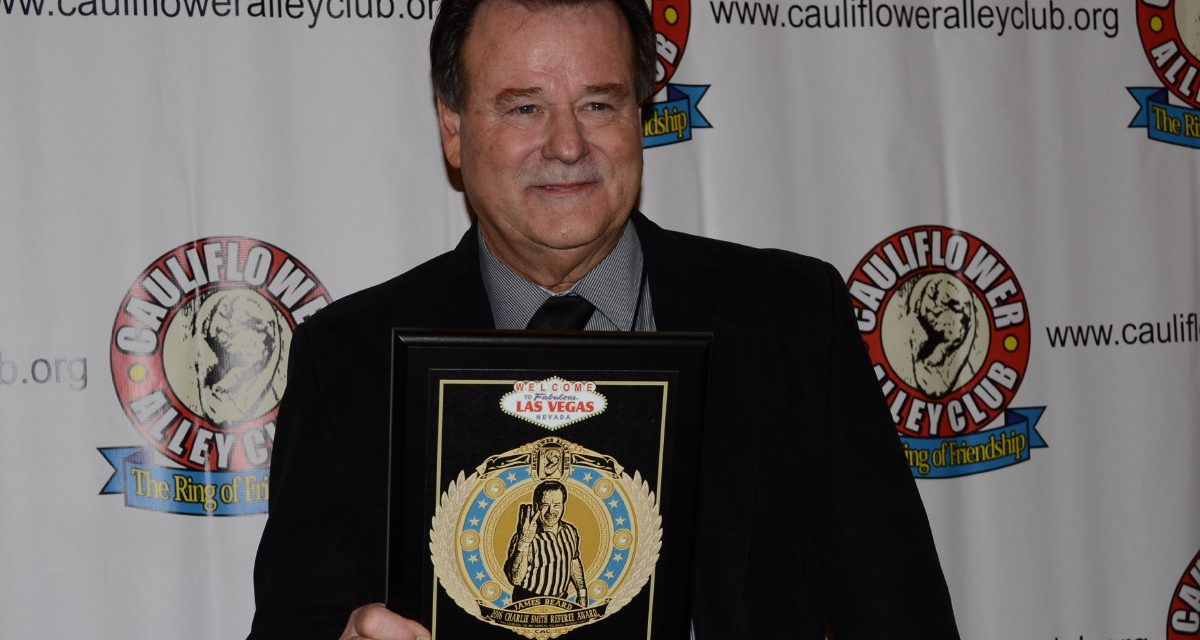 I kept a bit of a distance from dealing with wrestling and wrestlers directly for a good long while after I stopped working actively in the business. I was disgusted with the unprofessionally run shows and the sad displays of wrestling from many of the guys who professed to be “professionals,” yet had very little, if any, truly professional training and who’s experience in the ring was mostly from working low-rent shows for low-rent promoters who generally paid very little and had no idea how to present a professional wrestling show.

Worse, many of these weekend warriors had been trained by guys whose main claim to fame and degree of qualification to instruct was that they may have had some direct or indirect contact with the wrestling business or someone in it at some point. Many were nothing more than marks before pronouncing themselves to be qualified to train wrestlers or promote shows. Many of these ventures were about the vanity of the trainer or promoter. What they typically passed on to those willing to pay them for training or work for them for little or nothing should be considered criminal. 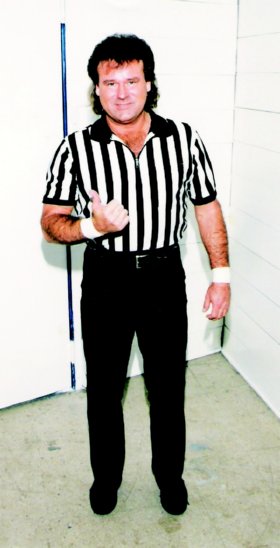 James Beard in his younger days.

Lots of guys like me, who worked in truly professional situations, tend to scoff at the efforts of these wannabes and anyone who might associate with them. I totally relate to those feelings and have had them myself. I have no desire to deal with idiocy and unprofessional-ism within a profession I spent a lot of time trying to represent in a way I could be proud of. While I know there are some qualified and dedicated professionals still involved in training and running shows, they are few and far between it seems.

For many of us oldtimers, it’s easy to become jaded and disinterested in anything related to wrestling once you have seen the poor representation of it that is so common these days in independent promotions. I know that, first-hand. It’s understandable that so many old pros have just decided to simply stay away and leave things to those who have made such a mess of something we were all once so proud to have been a part of.

But, in the last few months, I have found myself becoming involved with a couple of small promotions and have seen that somehow, some way, the desire and passion to display the traditional values that made this old guy love the business to begin with is still alive within many of the youngsters trying to make a name for themselves in the business. I have discovered within many of these young wrestlers a willingness and eagerness to hear and attempt to learn the basic formulas and skills of the wrestling profession that I know to be time-honored and true.

The problem, as I see it, is that you have to find promoters who will allow someone with this knowledge and experience to do what he feels is right without interfering or insisting on being a part of the creative process. I’ve seen even well-intended promoters get in the way of their own promotions because they wanted to be involved in the action or believed they knew the right things to do because they had seen it on TV or felt they understood the intricacies of creating an intriguing wrestling product even when they had no practical experience and no real understanding of how that process really works or should work. They tend to want to be mini-Vince McMahons without realizing they will fail in comparison to the massive production and presentation capabilities of the WWE. What they don’t typically realize is, to have a chance to create even modest success, you have to be something different or else you are nothing more than a cheap imitation.

There are fans who crave a logical and believable product and presentation. It takes some patience, consistency and professional guidance to connect with and build that kind of fan base. It also takes cooperation from promoters who are willing to listen to experienced professional advice and talent who are hungering for that sort of guidance. 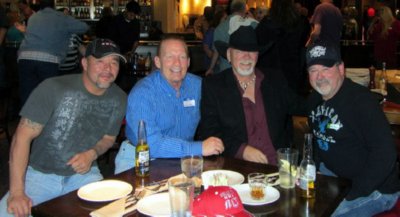 The fact is, it is very difficult to draw large paying crowds for independent promotions these days and many promoters waste tons of money featuring former big names who are only there for the payoff and seldom understand that the quality of the show should be about making fans emotionally invested in what the wrestlers are doing and not about silly posturing, cheap heat jabbering or flippity flopping nonsense. Everything done and all involved should be about creating situations that fans want to return to see more of. I’m not saying using established pros is a bad investment, but they should be utilized properly and willing to enhance the overall product and not there just because the promoter is a mark for their name.

I know there are a lot of us oldtimers who look down on local shows and lament the fact that many good intentioned efforts are seen by small crowds and most are rewarded with small payoffs. I totally understand those feelings and in most cases, I agree with the sentiments.

But, the facts are that there are many young wrestlers out there who have no other options than to work in front of small crowds for little pay in order to have any chance to gain experience or become noticed by someone who might be able to give them an opportunity to advance. Guys like myself have to recognize this fact of life and understand that unless we are willing to become involved to some degree and give these guys some professional guidance, they will be lucky to ever get that kind of help consistently enough to really be of consequence to them.

Personally, I have decided that I have an obligation to try in some small way to connect to these young wrestlers and do what I can to help them learn as best I can. They will not be afforded the opportunity to work regularly with more experienced wrestlers and will have to deal with working for some unprofessional promoters and with some poor excuses for professional wrestlers as well as doing so in front of smallish crowds. But, this is what we have to deal with these days. If any of these guys and gals are going to find any degree of truly professional instruction, some of us who have turned our backs on the business as it is, have to be willing to deal with somewhat less than desirable conditions in order to be there for them. 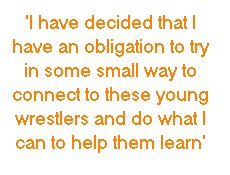 I would love to have a great arena with the proper lighting and all the amenities needed to present a great wrestling show. I would love to have the financial advantages of huge crowds and the outlet for creative ideas like a regular TV presentation. I would love for all the promoters to understand their business should be promoting and publicizing, not starring or interfering. It would be wonderful if all the talent were paid enough to feel they were compensated fairly for their efforts.

The truth of things is those are difficult situations to attain in this day and time for an independent wrestling promotion. What you have to do in order to pass on your knowledge and experience is be willing to understand these situations and work within the way things are, insisting on whatever you are involved in is be as professionally presented as possible.

I have no desire to promote wrestling shows, myself. I know how time consuming and difficult it can be to draw even decent crowds these days. But, so long as those I am dealing with show me respect, give me the latitude to run the matches the way I know how and leave the creative process alone without interfering, I am going to continue to try to give back to these guys and gals who are working hard and willing to listen and follow the guidance I can provide.

I have been pleasantly surprised at the degree of respect and honest desire to learn from almost all those young wrestlers I have come in contact with in recent months. The fact they have been instilled with the willingness to develop the skills and understanding of the psychological aspects of the wrestling business that were common during the days I worked regularly in the business has encouraged me.

It has also convinced me that the traditions I was proud to represent are still alive in them. We just have to be willing to enhance those values and develop them.

We can’t do that by turning our backs on those who are still willing to carry them on.

James Beard was a professional wrestling referee and creative consultant for over 30 years, working for World Class, USWA, GWF, SWS/WWF in Japan, NOW/Japan, and Big Japan, as well as a number of other wrestling organizations. He is currently in the process of completing a book about his experiences in the wrestling business and is head of wrestling operations for NWA/Texas Stampede in Dallas and NWA ArkLaTex in northeast Texas.