Albano hams it up in ‘The Super Mario Bros. Super Show!’ 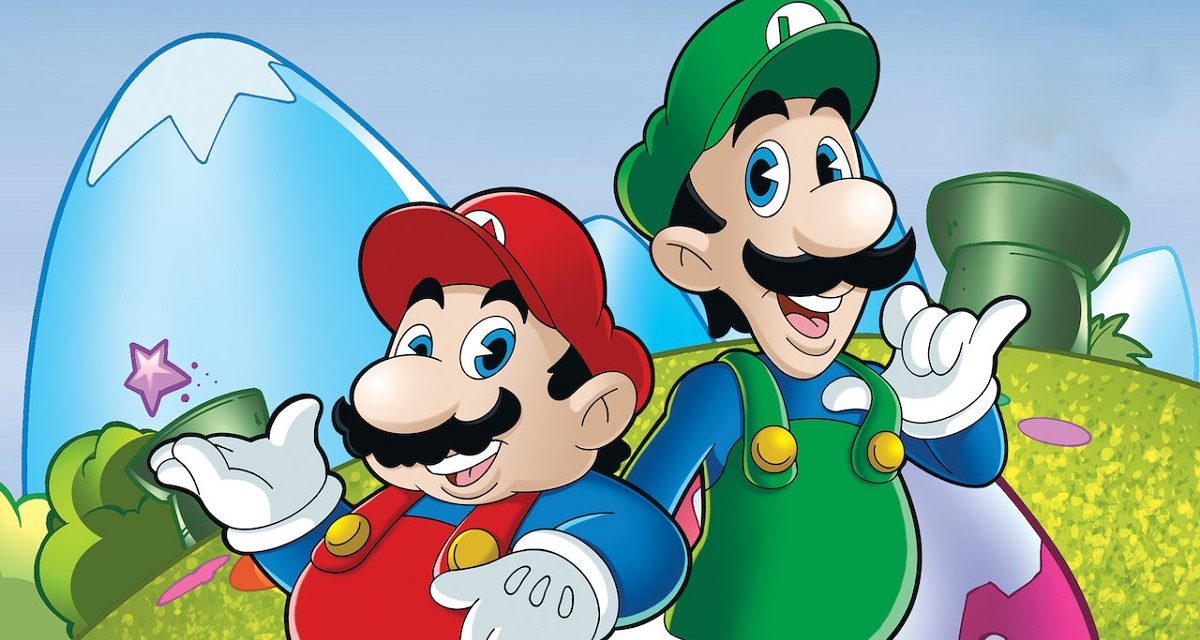 Watching The Super Mario Bros. Super Show!, starring Captain Lou Albano as the iconic video game hero, it might take you a while to figure out just what looks so odd about the Captain. It isn’t that Albano is ill-equipped to portray Mario Mario (research has uncovered that Mario is indeed his first and last name, thus explaining how Luigi is, in fact, a Mario brother) – the Captain looks great in the role underneath the suspenders, authentic Brooklyn accent and great, big moustache.

Ah, it’s the moustache! Gone are the rubber bands and shaggy beard, and without them, Albano looks much friendlier and it makes one wonder if he wasn’t born for this role. 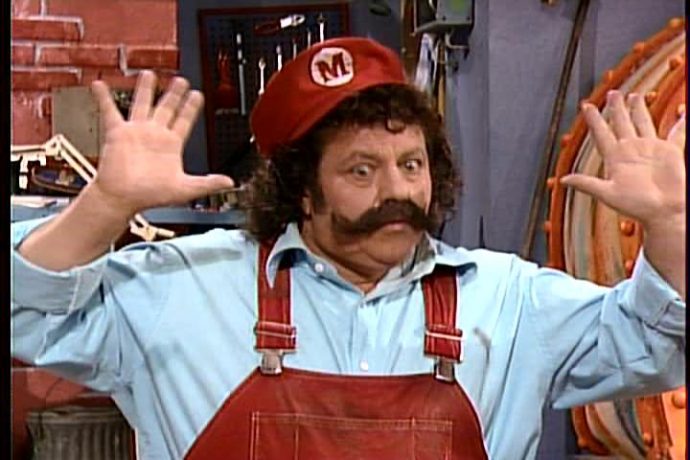 The role in the TV show calls for Albano and Danny Wells to give viewers a look at the Mario Brothers’ life before they started their adventures in the Mushroom Kingdom, the setting for the video games. Their lives as plumbers, as you can imagine, are far from boring, even when only given about five minutes total to showcase the live-action sequences.

Albano spends most of his time pining over food while Wells tries to keep things in order – especially as guests start arriving. The Mario Brothers’ plumbing service is a popular one with an eclectic clientele – from Magic Johnson, to Frankenstein’s Monster to, not surprisingly, some guests from the wrestling world: Sgt. Slaughter and Roddy Piper. 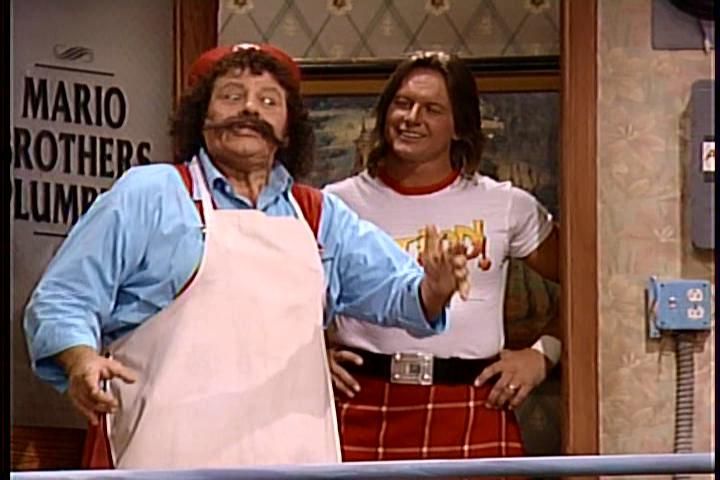 Neither of the wrestlers are asked to stretch their acting abilities too much: the Sarge arrives barking orders and calling the plumbers “pukes”, while Piper shows up only to find that Mario has turned his prized bagpipe into a vacuum cleaner. That’s about all the plot development you get out of the live action sequence, since the show is built primarily around the animated adventures of Mario and Luigi, still voiced by Albano and Wells.

You don’t necessarily have to be a die-hard fan of either the video game or the Captain to enjoy the show. It serves a time capsule of the very late 1980s, and it absolutely embodies the trademark Mario and Nintendo sensibilities of goofy, inoffensive fun. Plus, as a reward for watching, you’ll be treated every time to an end-credit dance by Albano as he “does the Mario”. Have you ever seen Albano dance? Now you’ll understand why.