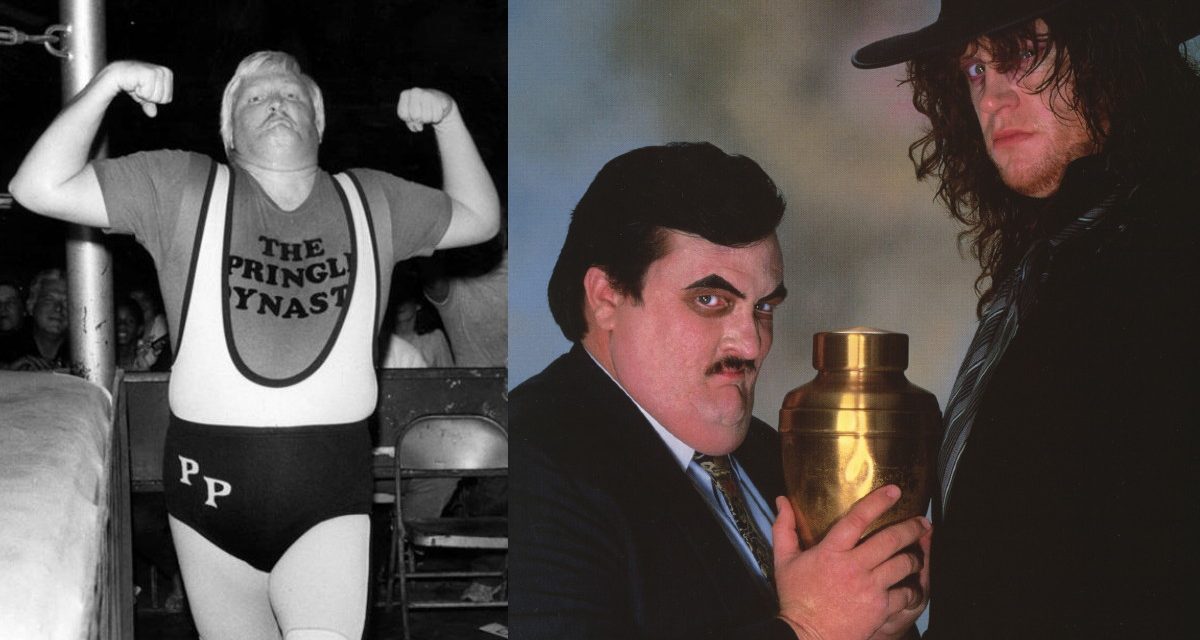 I am struggling with what to write about the passing of Percy Pringle / Paul Bearer. It is not just because the initial story that ran on this site overnight was so woefully incomplete (which it was), but because Percy felt so much a part of the online wrestling community.

He was one of the first to truly understand and capitalize on an excellent website, PercyPringle.com, and regularly posted at sites like WrestlingClassics.com and KayfabeMemories.com. 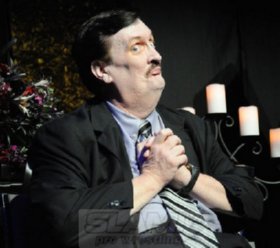 Paul Bearer at WWE Axxess at the Miami Beach Convention Center in Miami on Friday, March 30, 2012. Photo by Mike Mastrandrea

There would be the occasional email from Percy about a story, and he would Tweet about things, or just to say hi. On Facebook, he dropped the public profile and went for just a private, more controlled friends list, of which I was privileged to be a part of.

Here’s an example of something many wouldn’t know about Percy, from Facebook: “11-11-11 HAPPY VETERANS DAY my friends. I was proud to serve in the US AIR FORCE from 1972 to 1976. Hope you all have a safe and blessed day.”

In short, William Moody was a man who liked to talk, and not just about pro wrestling.

Online, he could come off as a pompous know-it-all, but, well, he did know a hell of a lot.

Kurt Nielsen, his webmaster and friend (and mine), defended Percy.

“But he did that to keep others in their place. It’s hard to describe,” said Nielsen. “He fought with his mouth, not with his fists, and could lay twice as many people out than the others.”

The fans were both a bane and a blessing, said Nielsen, and he saw that first-hand, whether in California, Las Vegas, or in Moody’s hometown of Mobile, Alabama.

“It’s hard to say, but you know just about everybody wanted something from him,” he said. “He’d walk into a room, and all these fans would come rushing over to him for an autograph and whatnot. It’s a lot for anybody to handle, but he did so as graciously as anybody could.

“On-line, he could meet the fans in a way that was more personal and meaningful. He knew the fans were always going to be a part of his life, but he liked to do thing more on his own terms. Why just be fodder on the internet, when you can shape and control things and keep them accurate?

“He truly loved the fans. Having them in his life was incredibly important and meaningful to him.”

Yet, despite the fact that Percy liked to talk, I never interviewed him. He went through a very rough time when his wife, Diana, died from cancer, and the last number of years, he had been taking care of his elderly parents. He battled weight and health issues, and never shied away from talking about any of it.

There were a couple of times we tried to set up a proper chat, but it never happened.

In person, I would say that I was intimidated by him at the Cauliflower Alley Club reunions, which is a weird thing for me to say. He was blustery and blunt, his squeaky voice wasn’t a gimmick and could be a little off-putting, and he always had someone else to go see. There was no doubt that he loved life, and laughed a lot. He could be hot or cold, brusque or friendly. I was never sure what I was going to get.

Percy wrote the foreword to Dewey Robertson’s book, Bang Your Head!, which at least means he did interviews with someone in the household, namely my wife, Meredith Renwick, who worked with Dewey (through all his ups and downs) for three years on the autobiography.

I have 25 pages of notes on him, including posts from his website, or emails, or interviews he did elsewhere — and this was BEFORE his passing on March 5th.

So, what to write?

A proper obituary, I guess, though I hope this column comes a little closer to who William Moody actually was.

He was complex but loved.

And he loved this wrestling business, and the people in it, with all his heart.