Short Sleeve Sampson a veteran on the Micro circuit 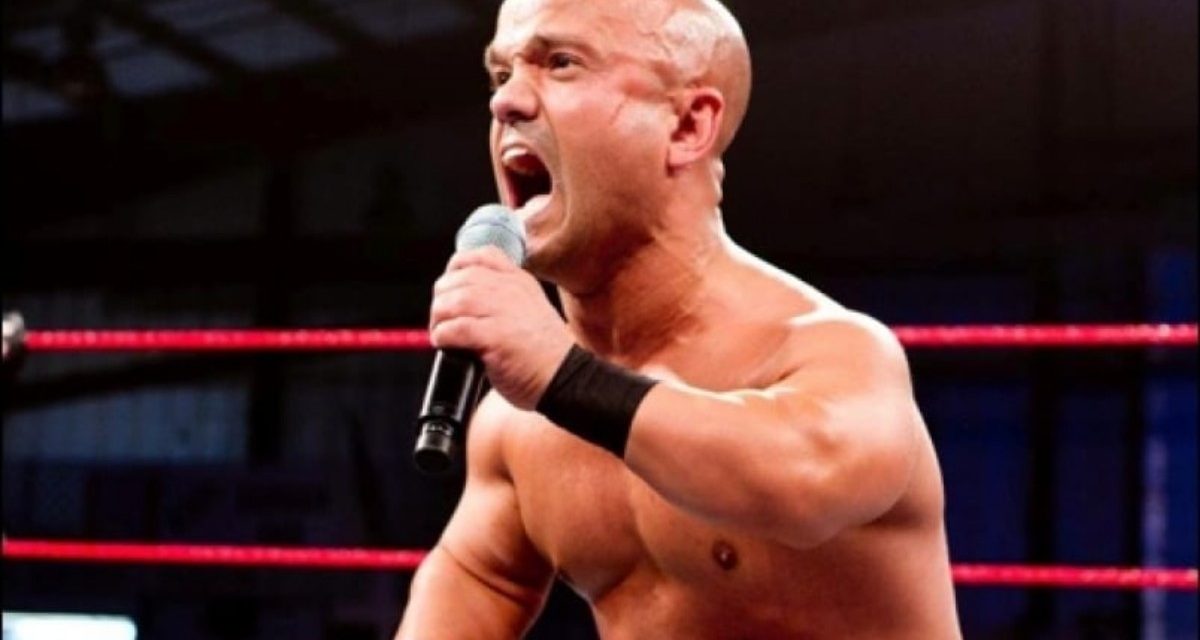 Short Sleeve Sampson has been wrestling for almost 15 years now, and for the last four, it has been a full-time gig, in part because of Hulk Hogan’s Micro Championship Wrestling which launched in September 2011.

“In this business, any time you can get any exposure or extra exposure, it definitely helps,” Samson (Dan DiLucchio) told SLAM! Wrestling. “Having Hulk Hogan basically endorse and believe in what we’re doing and everything, that definitely enhances the credibility of not just the company, but as well the individuals who make up the company.”

The Micro shows make up about 70 per cent of his current bookings, he estimates, with approaching trips to Nevada, Texas and Minnesota. This coming weekend, though, he has two independent shows in British Columbia for All-Star Wrestling: Friday in Abbotsford, and Saturday at Vancouver’s famed Cloverdale Fairgrounds.

The four-foot-two, 120-pound grappler doesn’t really think that crowds from the Micro shows to the indies are all that different, but admits that the program on TruTV might attract some new people.

“You always get a mixed breed at a show. You have some of the devout followers which will watch every single television show that has to do with wrestling and every single pay-per-view that has to do with wrestling,” he said. “Then you have the people that basically have not watched wrestling once in their life; they either go with a friend or a family member, or they see it advertised and think, ‘Okay, let’s go see some midgets’ and go from there. You would hope at that point in time if that’s the case that you’ll be able to make some new fans out of them.” 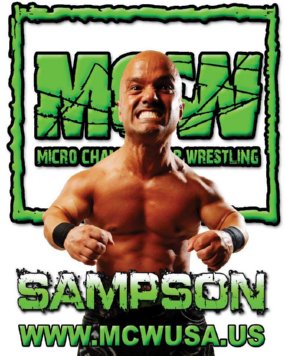 While he was a bit of a wrestling fan growing up, he hadn’t given the profession a lot of thought. A meeting with midget wrestler Tiny The Terrible (Douglas Tunstall Jr.) got him into the business.

But before he was ready, the WWE was calling, and he has made a handful of appearances for the company, including as a mini-Kurt Angle and a mini-Undertaker, and in the WWE’s short-lived Juniors division.

At this stage, the 39-year-old Sampson is perhaps most proud that the WWE and TNA gigs hardly define him or his career.

“When I got into this business and took the time to see what it was about, and took the time to be trained, the one thing that I could see from other workers, especially midget workers was they kind of felt, ‘Okay, I fit the category, so I should automatically be booked and I should automatically be a superstar,’ without really putting any work behind it, without having any struggles, without making any sacrifices,” he said. “So for me personally, the one thing I decided really early in my career was that I didn’t necessarily want to be a ‘midget wrestler’ but I’d rather be a wrestler who happens to be a midget.”

It’s an important distinction, and just like his full-size compatriots, Sampson reminds promoters to give some thought to who they are booking so that the best show possible can be presented to the fans. 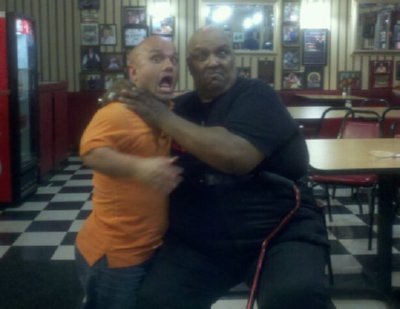 Sampson is thrilled that YouTube and DVDs have given him a chance to see many of the pioneering midget wrestlers, a division of pro wrestling that started in the early 1950s with the likes of Sky Low Low and Little Beaver, under the supervision of Jack Britton.

“They’re the pioneers, they’re the ones that helped put this great sport of midget wrestling on the map. Without them, probably none of us would have a job today, who knows,” he said.

Short Sleeve feels that he has taken a little of what used to be done and blended it in with today’s style.

“You take the things that they would do, obviously a lot of times it would be mostly comedy, and it has evolved over the years to what it is today,” he said. “I’ve taken some comedy, some entertainment out of it, as well as some more technical wrestling from it, trying to produce a good, creative match, that will be entertaining for fans young and old alike.”

This weekend, those matches will be against Huggy Cub (Eric Hightower), who portrays a colourful pimp. While they both are on the Micro Championship Wrestling roster, they have only tangled in the ring a couple of times.

“He’s quite an entertainer. It’s going a good match,” he said. “He’s not necessarily a technical wrestler but he plays the part of a heel and he plays it very well.”

Part of his job, the way Sampson sees it, is to mentor younger wrestlers.

“I try to as much as possible because of the fact that we can only make our company, as well as the show, and this business better if we are able to help each other out,” he said. “I’d much rather wrestle or work with somebody in a ring that knows what they’re doing and is confident in their skill and ability because it’s, number one, going to keep us both safe, and number two, it’s going to be more entertaining for the fans that have come and paid for the show.”

Originally from Rhode Island, Sampson calls Syracuse, NY, home, and lives with his wife of 12 years, and their nine-year-old daughter.

Like any other busy wrestler, the travel schedule is onerous and hard on domestic life.

“It’s something that you accept and take with the business,” Sampson said. “It is crazy because of the fact that you’re waking up, usually super early in the morning, to catch an early morning flight out, only to get to the airport to find out that maybe because of weather or maybe because of a plane needing to be serviced or whatever, that now all of a sudden you have a flight delay or a cancellation which could now impact you making your connecting flight, because unfortunately these days there aren’t many direct flights. You finally get to the city or town that you are supposed to be in, and you hope and rely that the promoter is going to be there to pick you up. You go to a show and you hope that it would have a good attendance and the fans would turn out. Just to do it all again the very next day. When the show or the tour is all over, then you go home and just basically have enough time to see your family, to wash your clothes and to do it all the following week.”

Having a supportive family has been a plus, he said. “Sometimes you run through your dry times, and other times it’s overflowing with milk and honey. Fortunately my wife does have a good full-time job also to help compensate when times get a little bit dry and slow.”

“She really doesn’t have any interest in wrestling whatsoever, but she happens to probably be my biggest fan, which I find very humbling,” he said of his regular-sized daughter, who is already taller than he is.

They made sure she understood Daddy’s business.

“Basically any time I had local shows, even when she was a baby, my wife and I, we would bring her to the shows, even pushing her in the stroller, just so she could see what I was doing,” he said. “We also would tell her from an early age the fact that with the business it’s a job and that what she sees in the ring, she is not to be emulating it or copying it, but at the same time, while I may come home from time to time with some injuries or a little bit bruised or something like that, that ultimately I’m not in there trying to hurt the person or get hurt myself.”