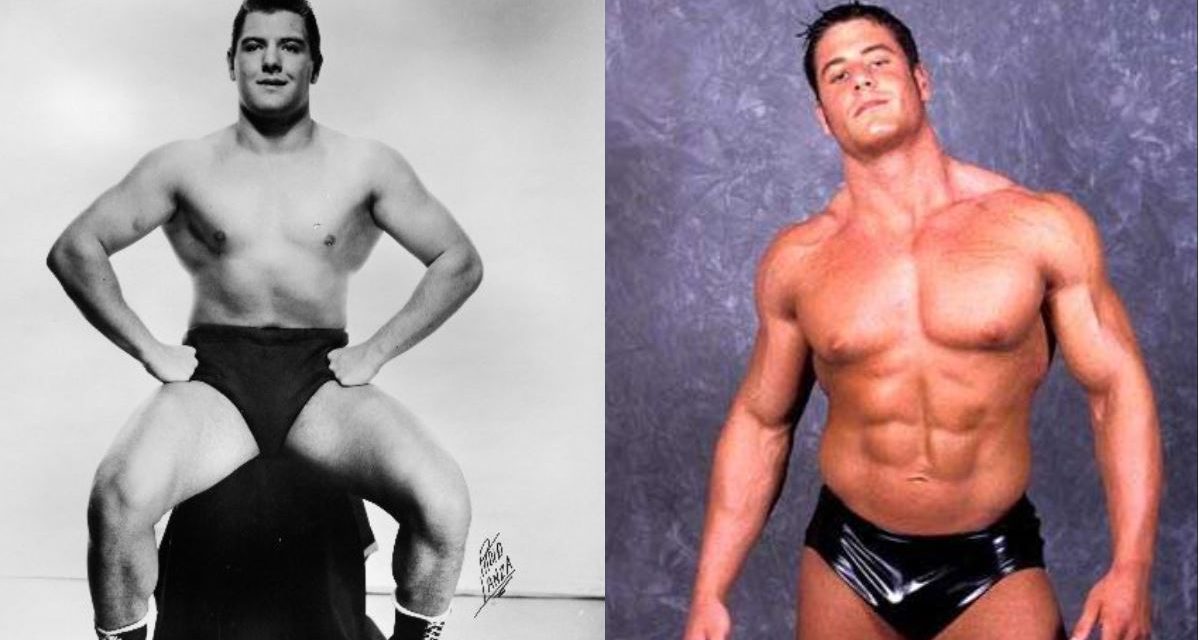 What’s old is new again in the Canadian Maritimes, as Emile and René Dupre announced today the return of Grand Prix Wrestling to the region this summer.

While not all the names have been booked, Rene Dupre confirmed that Ring of Honor star Davey Richards is on board, and a number of grapplers will be coming in from All Japan Pro Wrestling.

“Me and my father, we’re just bored. We’ve got nothing to do,” Rene Dupre laughed. “No, we both still love the business, so we’re going to run just like we used to back in the old days — start up in the spring, do three or four months. This time here, we’re going to try to do two six-week tours.”

Rene Dupre and his ad for this year’s tour of Atlantic Grand Prix Wrestling.

Davey Richards is ready; “I’ve seen his work from Japan, so I’m a big fan of his work,” said Dupre. “I’ve got a deal with All Japan. We’re going to bring in some of their young boys to help groom them.” Rene Dupre will be working as well, and The Cuban Assassin booked for the tour is the son of the legendary Angel Acevedo.

“I want to bring in really good talent, because some of these towns we’ll be running weekly or bi-weekly, or returning to it, so if you’re putting on a shit show nobody’s going to come back,” he said. “I want to give them great wrestling — emphasis on wrestling.” The promotion will run shows in New Brunswick, Nova Scotia, and Prince Edward Island, with the possibility of dates in Gaspe, Quebec.

His biggest weakness is that he does not know the Canadian talent very well, and encourages wrestlers who want to work the tours, six weeks in May and June, with a break, then August and September, to email him at [email protected].

There are lots of benefits to working out east, besides the weekly guarantee, he explained.

“We give them seven nights a week work, and it’s great for anybody breaking into the business to learn their craft, or for guys who just want to get more exposure,” he said. “Where else can you go? There’s nowhere else to go. Even Puerto Rico, there’s maybe three shows a week if they’re lucky.”

It’s a problem that Rene Dupre, the former WWE tag team champion, is learning about. Having worked so long for WWE and then All Japan, he is finding the hit-and-miss prospects of independent work frustrating.

“There’s not too many places to wrestle, is there?” said the resident of New Brunswick. “Considering I live in Canada, for American promoters to fly me in and give me a decent wage, they’re not drawing it.”

He has battled some injury woes lately, and wants to get to full strength again.

“I had hernia surgery when I was in Japan and that was the third hernia surgery that I’ve had. Every time that I came back from it, I came back too soon, and it popped out again. This time here, I said, ‘I’m going to try to take some time off,'” he explained. “I tried going to England, I was supposed to be there three or four months, but I just did a week. I said, ‘You know what? I need more time to myself.’ I did Pro Wrestling Syndicate in New Jersey in November. I did one match with them.”

For now, he’s happy to work with his father, booking talent and arenas, laying out plans for a busy summer.