Corino finally a champ in ROH

The last time Ring of Honor was in Toronto, the fans witnessed Kevin Steen winning the Ring of Honor World title against Davey Richards and then celebrating with his friends Steve Corino and Jimmy Jacobs. Five months later, Steen is still the champion and his friends are now the tag team champions. Their faction, called S.C.U.M., dominates ROH at the moment. While Steen seems to be the leader of the group, if it wasn’t for Corino, maybe Steen himself wouldn’t be there today.

When Steen won the title on May 12, 2012, he was the happiest man on Earth. Corino was almost as pleased. 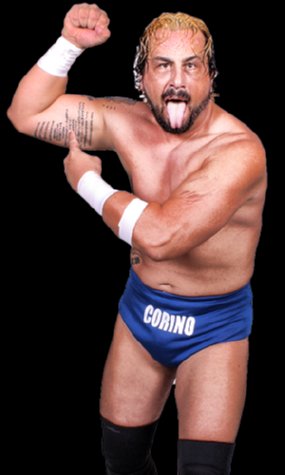 “It was one of the proudest moments of my life. After everything he went through, to be given the chance to win the title meant so much. When he won, the goosebumps I had, it was unbelievable,” Corino told SLAM! Wrestling.

The relationship between Corino and Steen goes back to 2004 when the two of them wrestled for the first time in Quebec City.

“I was blown away by the talent he had at such a young age. I had read the Internet and heard about Steen, but you can’t really know how good someone is before you wrestle him. Steen took charge of the match like a 10-year veteran would have done. He was only 20 years old at the time. You can’t teach that to someone. Either you have it or not,” recalled “The King of Old School”.

“Steen is so creative in so many different ways, ways that people don’t even see. He is 100% credible in any role you put him in. He can play every role at a top level. At the time, when I heard Zero-One was looking for someone, I told them about Steen,” said Corino, who used to book North American talent for the Japanese promotion. “Steen doesn’t look like your typical WWE wrestler — but then you see him wrestle. At 270 pounds, he can do a moonsault, work 30-minute matches and afterwards, he will not even breathe heavily. You can be in shape and you can be in wrestling shape. Steen can do a hell of a match and come back after with a smile on his face. That’s being in wrestling shape.”

The match Corino had with Steen was part of how Steen started with ROH in March of 2005.

“I remember I gave the DVD of the match to [then booker] Gabe [Sapolsky],” recalled Corino. “He had heard about him and wanted to see the match, but I don’t know if I introduced Steen to ROH by doing so.” 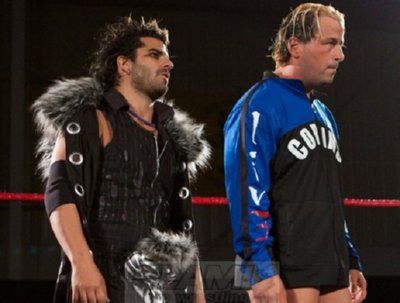 At Glory by Honor XI, this Saturday, Kevin Steen will defend his title against Ontario’s Michael Elgin. But Steen won’t be the only putting a belt on the line. Corino and Jacobs will be defending the tag titles against The Briscoes. After 10 years, it’s Corino’s first championship ever with ROH.

“When I won the tag team titles in Chicago, it was special because I had won the ECW World title in Chicago as well. I was overcome with joy, because it meant I was still able to make a contribution at 39,” said Corino. “I worked hard, I kept in shape and it felt so good to be rewarded that way. A belt always means something. It’s the biggest honour a promotion can give you.”

Mark and Jay Briscoe will certainly be looking to get their hands on the titles one more time. What kind of match the fans can expect?

“It’s gonna get crazy! They are seven-time champions, one of the staples of ROH since its beginning. The Briscoes are very popular, but in Toronto, I believe the Canadian fans will be behind me, and also Jimmy,” said Corino, who was actually born in Winnipeg.

But as a veteran, Corino knows that he can’t take this match for granted.

“It’s not a match where you can tell for sure who the winners will be. The fans in Toronto will witness something very special,” he added.

Steve Corino started wrestling in the mid-’90s and after a good run with ECW, he was signed by World Championship Wrestling. A few months later, WCW was bought by Vince McMahon and the WWE. Essentially, his tenure in the big leagues was over before it began.

He was among the first to wrestle for Ring of Honor in 2002. Even though Corino wasn’t always a regular for ROH over the last 10 years, he was there long enough to have multiple feuds and great matches. His feud with Homicide is one to remember, as is his feud alongside Steen against Colt Cabana and El Generico.

As a former NWA and ECW World champion one could think that Corino would like to put his hands on the ROH World title before he retires. But surprisingly, he targets another title.

“I like my position right now. I don’t have to feel the pressure of being the number one guy in the company like I was as NWA or ECW World champion. And I don’t know if I want that at 39. Quite frankly, I would rather go for the TV title. Adam Cole — or whoever will be champion, Eddie Edwards, Matt Hardy — better be ready for me. I believe the rest of 2012 and 2013 will be pretty exciting. It will be like a renaissance,” concluded Corino.