Mike “The Hippie” Boyette, who died on Thursday, was an accomplished judoka — making the U.S. Olympic team — before turning to professional wrestling.

Growing up in California, Mike Bowyer began studying judo at the age of nine. While serving in the U.S. Marine Corps, his judo studies continued, and he was chosen for the American Olympic team for the 1964 Olympics in Tokyo. Unfortunately, Bowyer broke his leg during a practice session, and forfeited his spot on the squad. 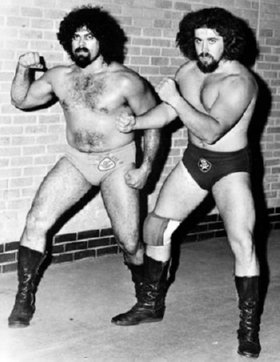 Out of the Marines and the Olympics, he headed to Minneapolis to seek out Verne Gagne for training as a pro wrestler. Gagne and Eddie Sharkey were Bowyer’s trainers and he would debut on local shows before heading on the road.

“His big break came when he entered the Gulf Coast territory for promoter Lee Fields,” wrote Gulf Coast historian Mike Norris in a piece about Bowyer.

It was there that he assumed the name Mike Boyette. “The Boyette was an adaptation of his real name because Bob Boyer was already in the area. Bowyer also bore a strong resemblance to long time Gulf Coast veteran Mario Galento whose true name was Butch Boyette,” write Norris.

Initially he was “The Angry Man” and, unable to control his emotions, was regularly getting himself disqualified. Boyette worked himself into the main event picture against booker/local hero “Cowboy” Bob Kelly.

His gimmick changed as his hair grew longer and he started to be referred to as “The California Hippie,” which infuriated the more conservative Southern crowds in the territory, which ran from northern Florida into Alabama. Naturally, there was a hair versus hair match between Kelly and Boyette, which Kelly won but Boyette only sacrificed a little of his ‘do.

With trips to Florida, Tennessee, Oklahoma and California — where he was “The Beastman” — Boyette developed into one of the best bump-takers in the business and an all-around great worker.

After leaving the Gulf Coast territory for a bit, he returned to aid Kelly, and was a hero for the rest of his run.

With Mickey Doyle, he was in a successful tag team known as The California Hippies, which had runs in the Gulf Coast, Tennessee and Kansas City.

“I put Mickey and Mike together and made Mickey a Hippie too,” recalled Kelly. “Mickey was a lot smoother in the ring than Mike, but Mike was the more vicious of the two and the fans figured Mike was capable of doing anything to win a match. They got over real well as a team, but Mike lived his gimmick more than Mickey did, so consequently they didn’t stay together long before Mickey wanted out.

“Mickey was a very good boy and I hated to see him go, but under the circumstances I understood. The California Hippies could have made it big time in any territory as a team if they could of some how stuck it out together.” 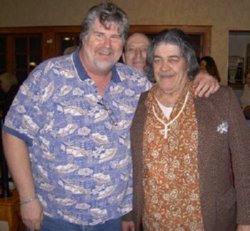 As a singles wrestler, Boyette was the Gulf Coast Heavyweight champion on three occasions, as well as Mississippi State champion and the titleholder of the city titles of Mobile and Pensacola numerous times.

When the Gulf Coast territory closed down in early 1978, Boyette headed to Tennessee where he formed a moderately successful team with Cowboy Frankie Lane. He also worked in St. Louis and Atlanta.

In Bill Watts’ Mid-South territory, which was morphing into the nationally-syndicated UWF, Boyette was portrayed as enhancement talent, but notable enough that the announcers would refer to his record — believed to be 0 wins and 197 losses in the promotion.

When Bob Kelly tried to revive the Gulf Coast promotion in 1985, in opposition to Ron Fuller’s Southeastern territory, Boyette was there to lend a hand. His last notable run was for Rip Tyler’s WOW promotion based in the Gulf Coast territory in 1987-1988.

— with files from Michael Norris