Ever evolving Sting ready for Roode, TNA title at Slammiversary

For as much as Sting has evolved in the past few years, some things haven’t changed.

As a 14-time world champion and 25-plus year veteran of the sport, you’d think he would be as calm as they come when it comes time to head to the ring.

The man called Sting admitted earlier this week in a conference call with reporters that he’s still as nervous as ever when he comes through that curtain, just as he’ll be when he looks to become a 15-time world champion when he challenges Bobby Roode for the TNA World Heavyweight Championship on Sunday at Slammiversary. 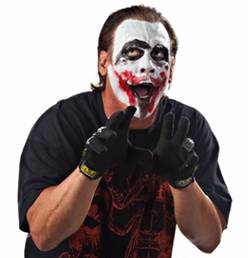 Sting is in a very different spot now than he was even a few years ago. He admitted maybe his motivation wasn’t there, but now, against Roode on pay-per-view, he’s more motivated than ever and is looking to continue having the champ’s number after making him submit on the last two editions of Impact Wrestling.

“I do know that in the last year and a half or so, especially the last 12 months, there’s been something that has sparked in me and the interest is much higher again, my motivation is much higher,” Sting said. “I’m having more fun now than I ever have. Taking some risks, I’ll admit, changing my character up a little bit. I love the group of people we’re working with.”

During the past year, we’ve seen Sting transform into the “Insane Icon,” complete with changes to his face paint and persona. Not only that, as his body has slowed down, he’s taken the necessary steps to round out of the rest of his game, including his microphone skills, something he admits wasn’t his strong point in the past. 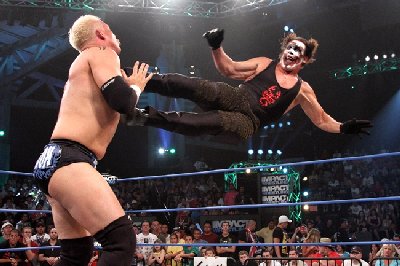 “I’ve focused on it and forced myself to be as good as I can possibly be because the physical part of it is not what it used to be,” he said. “There’s no trying to fool anybody. Everybody can see that. For that reason, I have to bring up other areas and one of them that’s always been hit or miss, but mostly weak over the years, was the mic skills. I really needed to amp that up and I don’t know why or how it happened, but I’m just more focused. A better overall picture? I don’t know.”

Not only that, the 53-year old Sting, born Steve Borden, has changed everything about his training and his diet to maximize his abilities at his age. He acknowledges this even includes cutting down on sugar, which has been tough because he has such a sweet tooth.

“It is very difficult,” Sting said of the changes. “I was in the gym everyday this week and every time I’m put in a situation where I have to work with a Bobby Roode or a Kurt Angle, I’m trying to get that cardio in. I have a trainer now that I’ve been working with the past three months and we’ve made some huge strides in trying to get some more mobility and some more flexibility in my body. So I’m training a lot different now and a lot harder and consistent than I have in a long time, along with eating the right way. … I’m hoping to get back to where I was 15 years ago.”

That transformation has also manifested itself in his mindset toward the wrestling business. As he nears retirement, Sting said he always saw himself just walking away from the wrestling business and not getting involved in a backstage role. But as that time grows closer, he’s seen himself reevaluate those feelings.

“I’ve always pictured myself being completely done with wrestling and chances are good that’s the way it will be,” he said. “But as time goes on here, I know the wave is definitely coming into shore and I have to start thinking differently now, I’m starting to see things from the other side of the camera and take more of an interest there. I wouldn’t say so much from a corporate level, but from a technical standpoint.”

He noted he has ideas on ways to film interviews that hasn’t been done before that he feels would be beneficial for everyone.

So when he steps into the ring with Roode on Sunday outside of Dallas, he’s doing so with a lot of confidence, not only in himself, but in his opponent.

“Bobby Roode, whether you love him, hate him or you’re indifferent, he brings it every single night,” Sting said. “He looks the part, he can work with anyone, he can have a great match with anyone and I think he carries himself well. I have personally pushed to keep him where he is. I’ve poured into him and I think there’s some good fruits (of labor) and we’re all witnessing it now.”

He says he expects to be better than he was when the two met in a non-title match in the main event of March’s Victory Road pay-per-view.

“I think I’m physically going to be better off,” Sting said. “I think I’m more mentally and physically prepared and more on top of my game than I’ve been in a while. I’m hoping to make it really good.”

STING & WWE
Speculation ran wild in February 2011 about Sting. A free agent in the wrestling world, he was courted by both WWE and TNA with each company having big plans for “The Icon.”

WWE was looking at him as a potential opponent for The Undertaker at WrestleMania 27 in Atlanta, the long-time home of World Championship Wrestling.

Still, Sting’s been a free agent many times and has talked with WWE in the past, but he said Wednesday the talks were never as strong as they were then.

“The best way for me to say it was a scale of 1-10,” Sting said. “I think the first three times or so over the years that I spoke with Vince McMahon and was close to going up there, there were a couple of times we got up to maybe a six or a seven. And I think this last go-around we were probably at a nine. We were very, very close. I was actually surprised things turned out the way they did.”