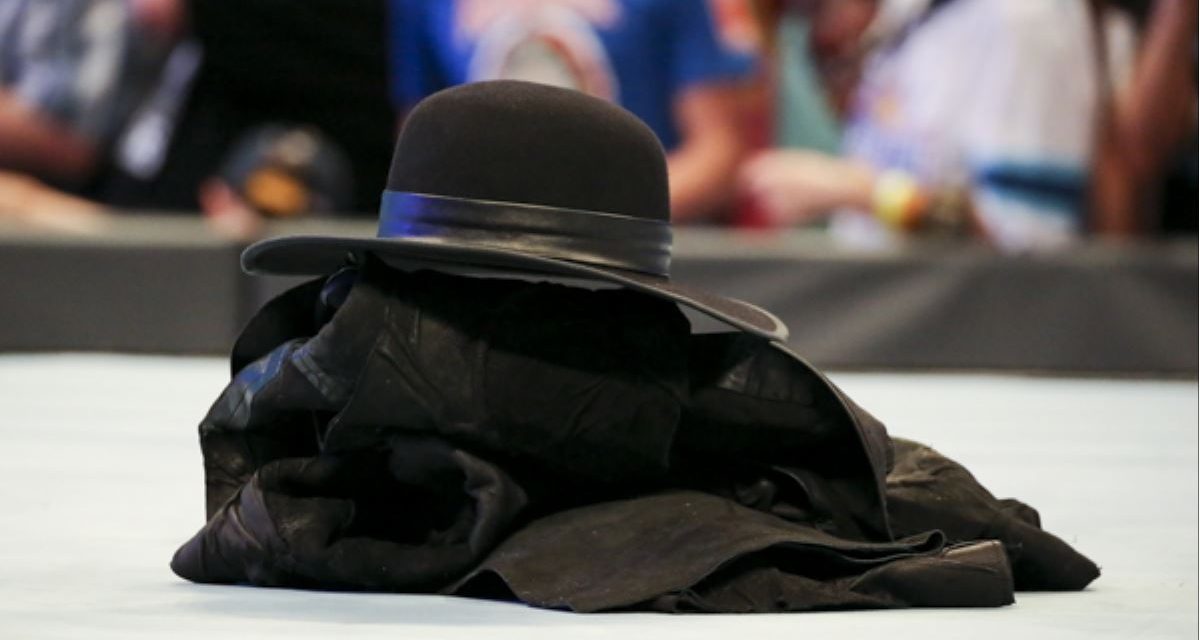 Where: The First Union Center, Philadelphia 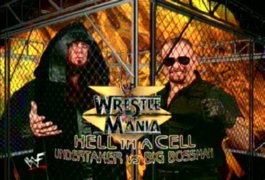 A more evil side of The Undertaker was exposed in 1999, so it’s quite appropriate that his WrestleMania 15 match with The Big Bossman took place in Hell in a Cell.

“The Undertaker’s a leader in the locker room,” said former WWE Champion Edge. “Our first interaction was probably something to do with the Ministry. But I remember Christian and I wrestling Taker and Rock for the tag titles. That was the first time I realized that, ‘Hey, I’m in the ring with The Undertaker.’ He had such big fists. I was amazed at how quickly he could move. Every time he gets knocked down, he would pop right up again. Eventually, he was willing to let me be one of the leaders and sort of spread the responsibility.”

Being a former prison guard, it must have been unfamiliar for Bossman to be on the inside of a cell. Regardless, when he got in the ring, he was all business.

Ray Traylor spent his early years in the business as Jim Cornette’s bodyguard in the NWA. He was then known as Big Bubba Rogers. When he entered the WWE in the late ’80s, he was almost instantly placed in a tag team with Akeem (formerly the One Man Gang) and the duo known as The Twin Towers, was managed by “The Doctor of Style” Slick.

Bossman was the standout of the team, and began feuding with the WWE’s top star Hulk Hogan. After turning down a large sum of money, offered by Ted “The Million Dollar Man” DiBiase, Bossman turned babyface and defeated his former tag team partner Akeem at WrestleMania 6 in less than two minutes, before branching out into a short-lived feud with DiBiase.

He then started feuding with members of the Heenan family, after months of insults by Bobby Heenan, directed at the Bossman’s mother.

It wasn’t long after this before Bossman returned to WCW, struggling with several gimmicks, before finally ending up with his original Big Bubba character. He was a member of the New World Order at one point, but in his last few months with the company, he decided to compete under his shoot name, Ray Traylor.

Traylor eventually returned to the WWE as part of Mr. McMahon’s Corporation. In fact, he was McMahon’s head of security. And the feud between the Corporation and the Ministry was reaching its boiling point, so Mr. McMahon attempted to end it all by matching Bossman up against The Undertaker. 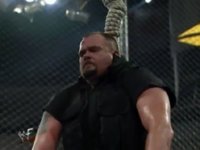 Big Bossman hangs after Hell in a Cell.

The thing that might stick out the most in this particular match is what happened afterwards. Once Taker had defeated Bossman with the Tombstone, The Brood began descending from the rafters, landing on top of the cell.

“It was weird,” Edge said. “We came down from the ceiling and it felt very surreal.”

The Brood then lowered a noose from the top of the structure, which Taker then used to hang Bossman from the cell, which was an incredible sight.

Though the Bossman has passed away, his memories will live on. And perhaps one of the biggest memories is being in a WrestleMania match with The Undertaker.